Santa has been nice this year

Santa came to my town while MsBee and I were playing, and all our family were in awe while receiving presents and saw pure magic as Santa popped pies, gifts and TREES out of thin air.

Everyone was having a good time. He gave us many, many, MANY presents.

Then, Santa’s mortal body grew old. I told him i would bury him and give him a ceremony once his body crumbles. So as his bones touched the ground, i burried him and put a note someone wrote on his tombstone “Santa was here - 2020”.

Then, a few minutes later, Santa blesses me with a second appearing. He appeared out of thin air AT MY FEET!!!

He then said “You have been NICE” and out of nowhere, unexpectedly, he created a FULL CROOK OF HOT STEW RIGHT NEXT TO ME!!!

He then said “Merry christmas redbug” 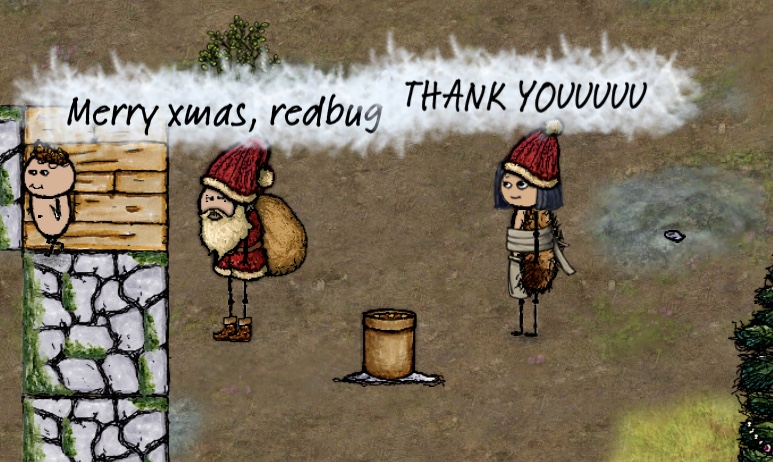 All jokes aside, Christoffer is a super amazing dev, who actually go out of his way to get to know his community, interracts with them and makes them have a good time all around.

I hope His dev team, himself and everyone that supports the game gets to have a good time

A memory from years ago:

The first stew pot on mobile ever created has been made by me. This is an honor. Thank you for the devs to allow us to do such wonderful things. [image]