A developing situation with Jason

I totally see your point, and that is what he is trying to fix. At this point in time, Jason has to be annoying of every single email that the unofficial mobile version players have sent it to him. Right now the situation has escalated so high that he wants to make the developers specify in every single corner of the app that he doesn’t approve the app creation, when he actually approve it in the beginning.

I understand that at some point the new players were getting confuse of the originality of the game. Maybe everything started by the youtubers or because everything that Jason explained in his forum in the first place. The point is, damage is already done. Now we have to fix it… … …

Maybe I should have been clearer… the website doesn’t include the agreed upon language as seen on the second opening screen on game launch. 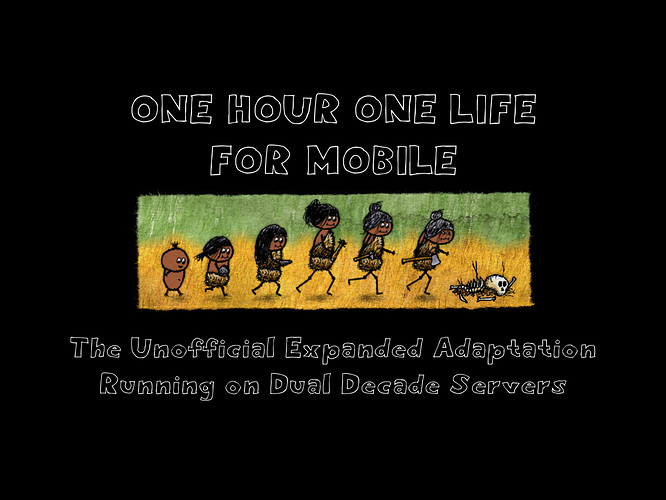 This forum shows nothing but the game title.

It is a problem not to solve even if you accuse DualDecade.
I would like to make a constructive proposal.

Probably this problem seems to be caused by the fact that the user accesses the official website of the PC version of the game because the inquiry destination is unclear.

Therefore, if you prepare a secondary official page as DualDecade and provide it to users covering all inquiries and game guides, regardless of whether the mobile game is a secondary work, the inquiry will be changed from Json to DualDecade I think that I can turn it.

And if you modify the application to make those pages transition from the mobile application, mobile users will no longer search the Json official game information again.

what are the pros and contras for you to be so close to the original @Christoffer?

Yeah, I’m surprised nobody has brought up the mobile forum. Someone should.

I want this unofficial version to keep pregresing in time, and to keep the updated on time. I haven’t played the PC version in a long time. I don’t want to lose this game, and I know that ether you wanted to…

As I see it. People who are interested in finding out who this game is originally from will go looking for it. There are plenty of points where it has been made clear this game is originally from jasons work and multiple times the code of his has been referenced in this forum. If players mistake of reporting bugs in this game to jason then that’s on them. Which all the more proves people understand this game originated from his work, but failed to read the forum or read the google play description.

I think that you should firmly feel his anger.
This game is made of his blood, sweat and tears.
We should accept all his requests.
Even if it has a bad influence on the game.
Whatever it is, I will continue to love 『for mobile 』unchanged.
Please don’t be that depressed, Dual Decade for bringing this for mobile, thank you very much

Perhaps the team is weighing, through this community, whether the language Jason wants will actually be damaging to their marketing and sales of the mobile version.

Personally I don’t think it will be damaging at all. Since people aren’t paying attention (obviously) to the current language/credit I don’t think language changes are going to hinder sales of the game.

I thought it was official when I bought it, prior to the changes to the splash screen. I may have even referenced Jason in posts prior to realizing it wasn’t an official port.

If I knew, when I found it, that it wasn’t a direct port by the creator? I STILL would have bought it. I just don’t game a ton and almost never on my PC.

What he should do is make a deal, and accept a cut. That little money will help him to improve the game. At the end he is doing the game all by himself, when several people have offered him a free helping hand.

I was part of a translation Proyect. I was a Spanish translator. He never wanted to implement our free of charge translation in his updates, and because little people where using it, the proyect died…

Here you can see the original post of the proyect in the forum…
https://onehouronelife.com/forums/viewtopic.php?id=1784

I disagree. Imagine you created a work of art. Then one day you see people wearing your art on t-shirts. You go looking and find that a t-shirt company has taken your art, which you didn’t copyright, and everyone thinks that the company, and not you, created the art.

Also… look at the forum. I don’t know the actual numbers but it sure looks like the percentage of people engaged with the forum, even just reading posts without actively posting, and I’m going to have to assume it’s a very small portion of people who own the game.

If players are reporting bugs to Jason and not DualDecade? That’s on DualDecade for not making it abundantly clear. Which is what Jason is, effectively, asking them to do.

He doesn’t want a cut. He’s made that abundantly clear. The why doesn’t matter. I have nothing but respect for his position though I may not fully understand it.

Every single stroke of the alphabet was hand drawn. There are threads speaking to the translation of the game where he explains his position, the former being one of them.

You may not agree with every thing he does or his rationale for doing so, but you have to, at the end of the day, respect his decisions.

If players are reporting bugs to Jason and not DualDecade? That’s on DualDecade for not making it abundantly clear. Which is what Jason is, effectively, asking them to do.

I see that your are a good example of the problem, as you mentioned before, you didn’t know that this game was unofficial at the biggining… I can’t use my example, because I always knew about it. So what do you think that we can do to make it clear that this is an unofficial game adaptation?

Also: How many more player din’t knew about it, and how and when they noticed it?

Please coment below…
Thanks.

It seems like to me jason is asking for it to be more clear he did not work on this version of the game. While also asking that this game is based off of his original work is more known to people.

It seems one the biggest issue is that jason is getting questions and bug reports from the unofficial mobile adaptation. I think it could probably help to have a very obvious link in the menu for the servers or maybe derectly under the get born button that would lead to a bug reporting site or a comman Q and A list. Should help drastically remove the potential for unaware mobile players to accidently find their way to the official forums.

Why not just leave a link to the pc version home page on the home screen? The mobile game has probably gotten a lot more people onto the pc version as it is anyway and hopefully that would allow you to gain more concessions from Jason in return, like not putting “Unofficial” directly in the title but rather only in the description and home screen, since it might impact sales otherwise.

Why not just leave a link to the pc version home page on the home screen?

Actually, if you read through the whole thing, you’ll see I suggested something similar in post #61.
There are also plenty of other good ideas from other forum members.