About a new clothes idea

I have a new clothes idea, because I really want to adding silkworm and silk. Indeed, if this idea achieve, I think it will have a huge change.

Now I am going to introduce some new stuff.

Mulberry Tree: Players can find a moth in certain mulberry trees. Also, players can pick up mulberry from mulberry trees. (Indeed, I have no idea how to balance the relationship of mulberry and moth. If anyone have advices about this, giving me some suggestion.)

Shuttle and loom machine, they are important as well, I think maybe other players have idea how to make them.

At first, players catch a moth from a mulberry tree, then the moth is put into a box. Scondly, feeding a moth with a leaf, moth lays eggs soon, while the moth died. A few minutes later, these eggs become silk worm. Giving some leaves to silk worm, they become silk pupas. A pupa is picked up and put into simmering water, then getting a boiled pupa. Next putting a boiled pupa and a shuttle together, this become a shuttle with silk. Finally, the shuttle with silk is put on the loom machine. Players use the loom, they acquest a white silk cloth. If players do not like this colour, they would dye this cloth. 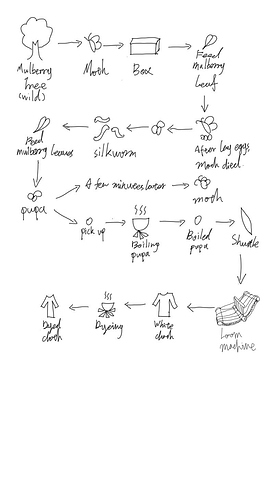 I think it’s a great idea. It’s time to add some new clothes that are not corrupt

Yes, we need some new clothes, there are many girls in this game, the new clothes affect us very much

I like the silk idea too. Should the silkworms all be in boxes though? Or is it more authentic if they crawl around in the tree? I don’t know how it used to be in early times?

@I have changed some processes and have added more details.

In early times, player catch a moth and put it into a wooden box. After player feeds a moth, it will lay 5 eggs and die. A few mintues later, 5 eggs become 5 silkworms. Feeding 5 silkworms, they become silkworm cocoons. 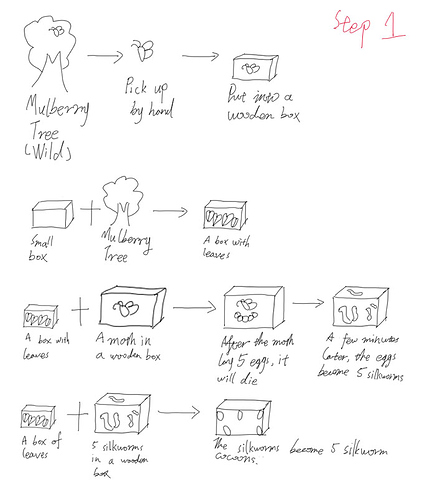 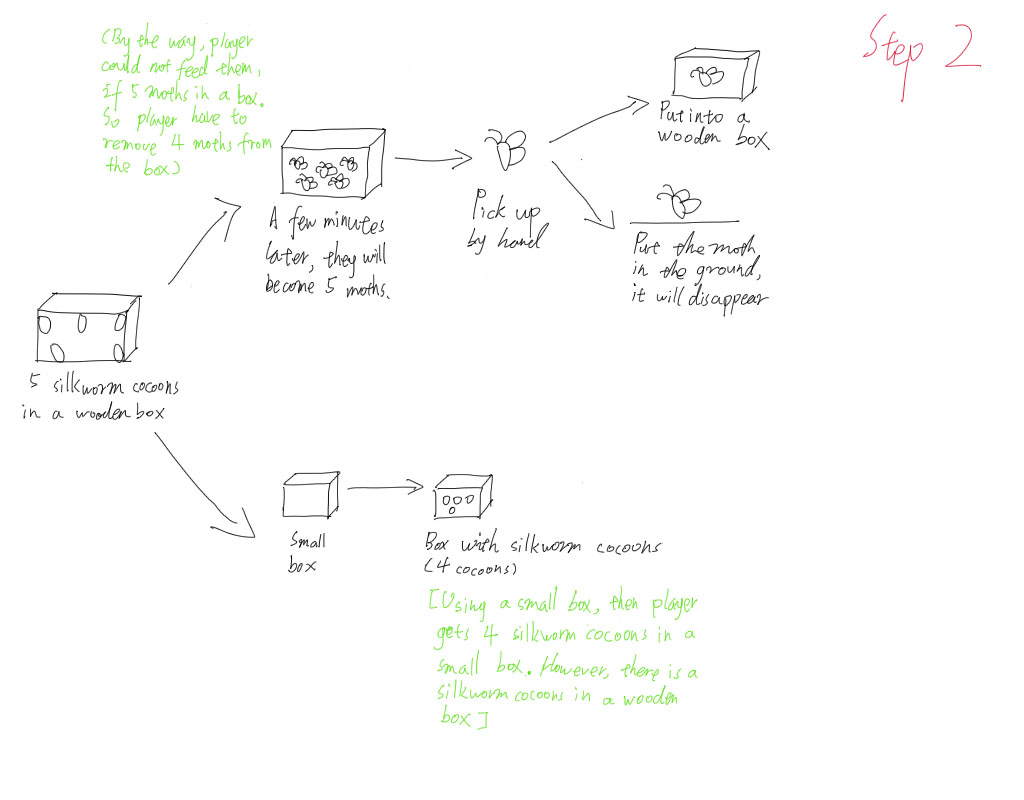 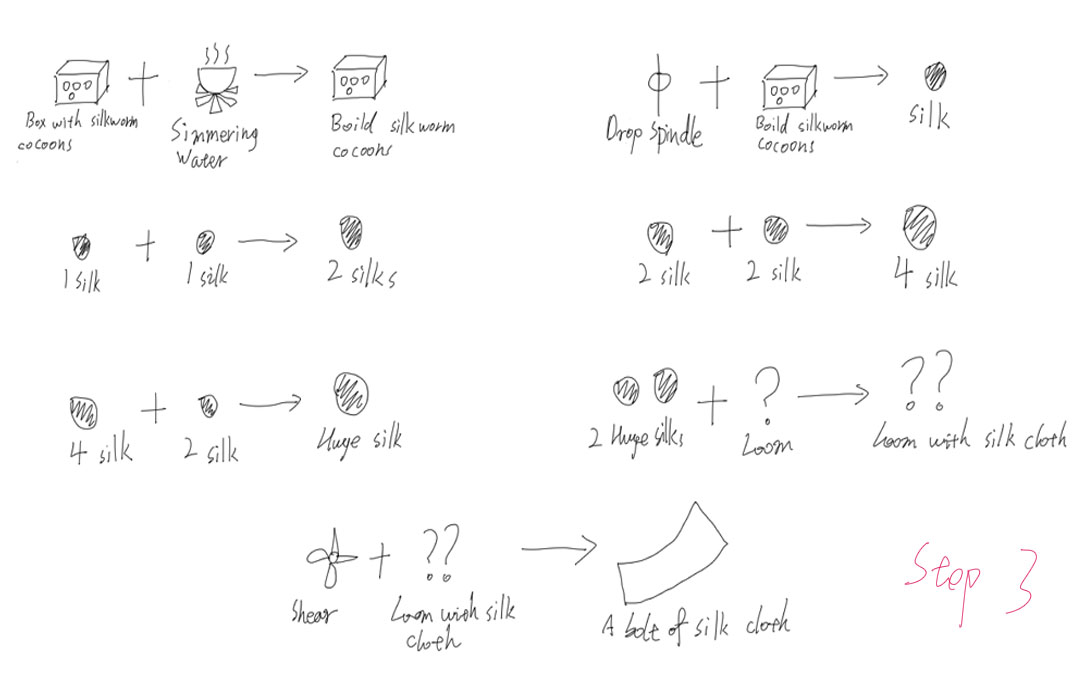 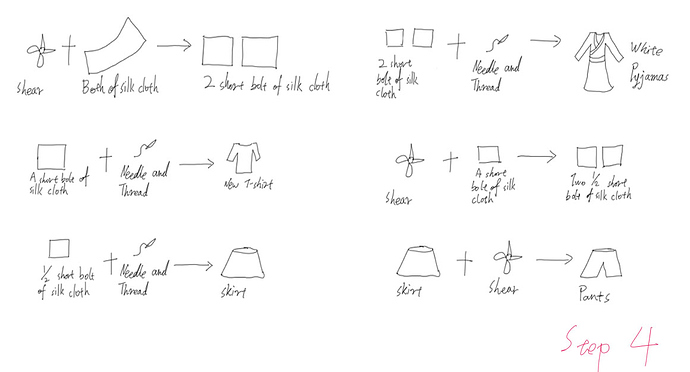 In the wooden box! I still remember I raised silkworm in a box, when I was a kid

Do you have any questions, I think I will find more solution, because I really want to add silk in this game( •̥́ ˍ •̀ू )