What do you think my feedback and Advice then?

I admit I haven’t played the game yet

What are you talking about right now? 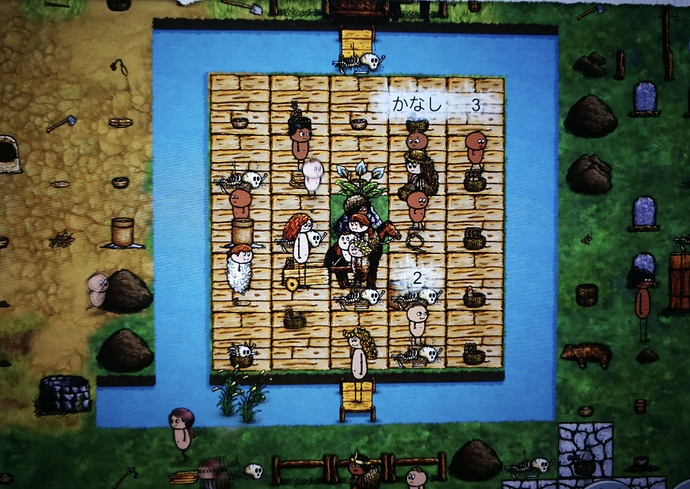 So I played the game and it’s actually wasn’t that bad. If they run away, I just need to go to the berry bushes immediately and fill up my food bar to fullness.

Sure enough, those who agree with the new mechanism are not playing the game after the update

Of course! Why am I surprised?

so where have you been when christoffer asked for new ideas to resolve „baby suicides marathon“ and „players abandoning kids“? what is your suggestion on this topic? how can it be resolved?

This is definitely true. We are also asking Chinese players to offer some new suggestions, but no effective feedback. They just want to play solo with no child or even neighbors😓.

I had to delete and retype cause I forgot to have it sent as a reply. I’m still learning the mechanics. I recently got this account and I only made it cause of the update. And I didn’t have a problem with suicidal babies or mothers abandoning their babies. Just because a baby is born to someone doesn’t mean that baby has to stay and just because a baby was born to a mom doesn’t mean she has to care for it (Except in real life of course. XD) It’s a baby’s choice to stay or suicide as it is a mother’s choice to raise her baby/babies if they want to stay. So I want it the way it was before and so do many others, especially Solo Players. I respect that it’s a person’s choice to play with who they want to play with and to not play with those who they don’t want to play with. I respect that it’s a baby’s choice to stay or suicide, even if I’m the mom, and even if that baby is a girl and we need girls and I want a girl who wants to stay because I don’t want the civ to die out. I respect that it’s a mom’s choice to raise a baby/babies who want to stay or to let them die, even if I’m the abandoned baby. I respect that it’s a person’s choice to Solo Play, even if that means I can’t play with them/be in their home even if it’s beautiful and I really wish I could be there. It’s their home, not mine, and they made it, not me. So just like in real life, it should be their choice who they let into it, and who they don’t let into it, and if they choose not to let anyone in at all. And let’s just say for arguments sake, wether you want something to be done about the suicidal babies and mothers abandoning them or not, you have to admit the game was much much much better before the update. You also have to admit that this update makes raising children much more crippling then it was before. This update also hinders your ability to do what you want and hinders your ability to have fun and enjoy the game. It also hinders the ability to do fun and interesting things like sacrificing babies for a God/Gods for instance. I was apart of a society like that and I had the most fun time ever, even if I was the baby being sacrificed. Things like that makes the game more fun and interesting, we can say goodbye to stuff like that now unfortunately.

There are too few lily flowers（Spathiphyllum）. Be able to put the lily seeds in the basket. Lily petals disappear too quickly. Make the tombstone removable. Be able to lower the bone from the basket.

thanks for explaining your point of view.

Well if we have to bury ourselves it makes it to where we can’t play alone. I think the petal should be sufficient enough and you should be able to spawn back whenever. And you should only have to place the petal once and can respawn an unlimited amount of times unless u put a petal on a different home marker.

I thought the maker stays permanent until it’s placed somewhere else? I made one at my house and my Body got buried only once. I respawn and always See the arrow.

Having ** before and after text will make it bold.
Having __ will underline the text

example
__ example __
Underlines not working for some reason.
Anyways if your on mobile hit the user profile pic in the top right then tap the messages icon. There should be a message from Discobot. It explanes some of the functions

As for the swear filter i implemented it because this forums are also used by children supposedly as young as 13 years old. That’s why the forums have a swear filter.

I would recommend rereading the whole conversation without automatically assuming that everything i said was me being a stuck up ■■■.

Not only did i clarify that i thought helenas opinion were valid on multiple occasions (perhaps not clearly stating it) the one use of the term “dont be a baby” was me reusing their own phrase, The one calling the developers babys for doing what the active community on the forums had asked for them to solve.

I still haven’t played the game again yet but i personally feel like the mothers losing hunger for their babys dying would add a interesting twist to sacrificing baby towns.
For example “YoloSwagGod requires my Swager to fill my childs vessel in order to create a Swager knight”
“Now we must eat the swager food to gather back our swag strength”

There’s always a way to rp with one extra step in the game but being to caught up in the one thing you dislike is only ruining the game for yourself and others.

As for being stuck up… I could just throw that back to you and leave it at that but i get the feeling that will just be used as fuel for you lol. So let me break it down to you.
First of all my response was to helena was because they harshly expressed their opinion i harshly expressed my opinion of their opinion. We came to a middle ground in our “opinions” as you do when your debating.
I asked them to be more constructive with their feed back cause that’s how society works. Also implying that their opinion is as important to the developers as anyone elses

After sending those two messages, I had to wait like 30 minutes to send another =[ But u shouldn’t have to bury yourself, that’s stupid. And it makes it to where u can’t play alone. The petal on the home marker should be sufficient enough.