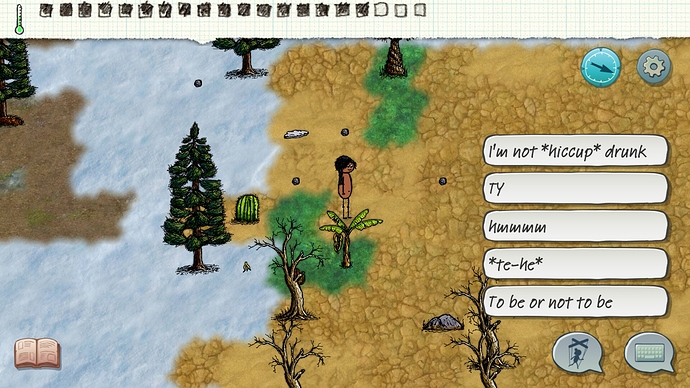 I see your point. But some people like to keep the list up while they run around a bit and this would inconvenience them instead. Is it not enough that the list disappears if you touch the gesture button a second time?

There should be an option in settings to hide the list unless pressed twice.

I agree that i hit the button a lot. Especially in high stress stituations like hunting a bear or battleing with a griefer. Its never good when your being acused by a griefer and you go to grab food and are sudenly striking a pose saying “faboulus” lmao.

Is the position on screen the issue?
Does this happen more often for you than accidentally pressing the keyboard button?

Would it work to add some way to scroll through the textures? And move it to a corner of the screen semi transparent so players can still see the game?

Gestures not textures* i have auto correct