Another day, another runner

Okay so I was playing the game and my first child ran. Then my second child was born and started running too. I decided to tell her that if you’re going to run then don’t play the game. Anywho, later I died and I was met with this lovely message 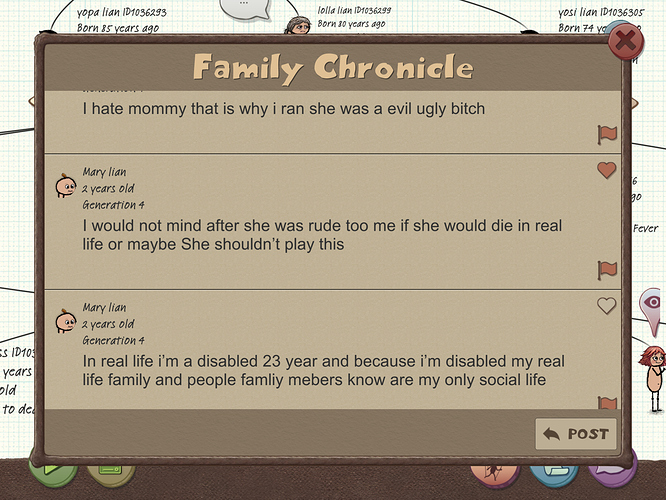 can you send the family link please.

i want to flag this hateful comments.

https://onehouronelife.app.link/EFjDveQFK6 <——— here. Despite what happened, my life was overall happy and I had lots of fun in the game 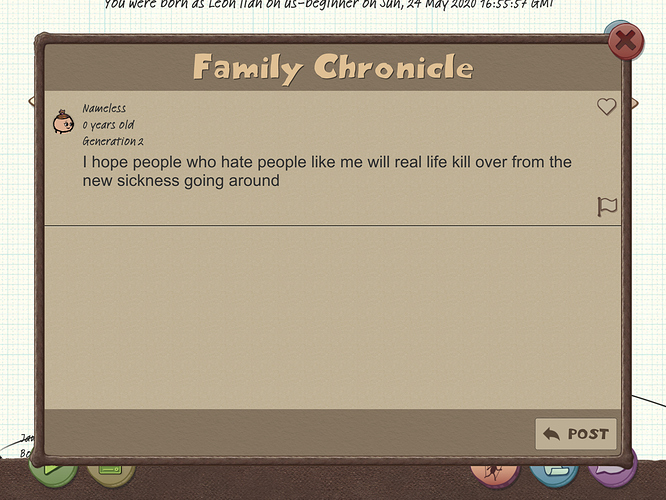 Wow, thats rude! Idk what happened to people which are full of hate. It’s not okay and shouldnt be like that. Good that we have alot nice Players around. Don’t let this people bother you. Try again, you will find other nice people to play with.

Most people on YAH very kind and amazing people. It’s just sad that a few people go out of their way and make everyone else miserable