We may even run our own Battle Royale event some time.

I can see this event being really popular amongst people.

A dedicated server for griefing and pvp
Give the babies a chance to deported other people
Did you just develop this game and not manage it?
Vision for You are Hope - the brief (?) version / 今後の方針・簡易(?)バージョン
Is it a custom for American to grief in Japanese server?
YAH Community Suggestions
Crazy_kvo July 31, 2019, 1:09pm #2

Yeah that sounds very cool, but lets start with a small amount, because we don’t have a lot of players yet, and it would take a while for all the players to come. But i like it! Are there like weapons hidden or do you need to make them yourself?

So with all the griefing going on, i thought there should be a server dedicated to them. So they can kill each other the whole day.

You can choose a team or the game will randomly put you in a team so the teams have even numbers of players. Your clothes will have the colors of your team. You can take the clothes of your enemies but the colors will turn to the color of your team.

You spawn in the team area everytime you join the server. You can join as many times as you want. There will be endless food but you have to take it with you for the battle.

There will be a place for battle. It will have trees, pillars, obstacles even bears and wolfs randomly. So you can hide and spot your enemies but wild animals will hunt you down, so you have to move quick.

You have to craft your own weapons in your team area. The area will have permanent «peace lillys». So you can craft without getting killed.

So with all the griefing going on, i thought there should be a server dedicated to them. So they can kill each other the whole day.

That is a great solution! Everybody could be happy!

Yes I would love a griefing and killing allowed server and see how long I can hide my stuff without getting griefed, like the Minecraft server 2b2d. 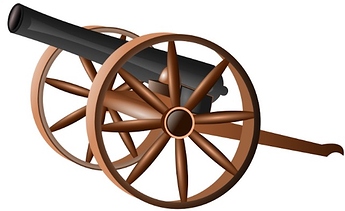 Also there are already iron sphere in game.