Saw this town on jp server today which basically had most of everything. Large building with boxes full of 3 sets of each steel tool, a decent sheep pen, 4 sets of 3x3 berry farms around a deep well, a carrot harvesting machine, compost on the go, a small milkweed farm and about 20 pie crusts ready to go, next to about 10 rabbit holes with many rabbit carcasses nearby (don’t know what happened to all the clothes but guessing decay?)

The whole thing was about as organised as you could make it! 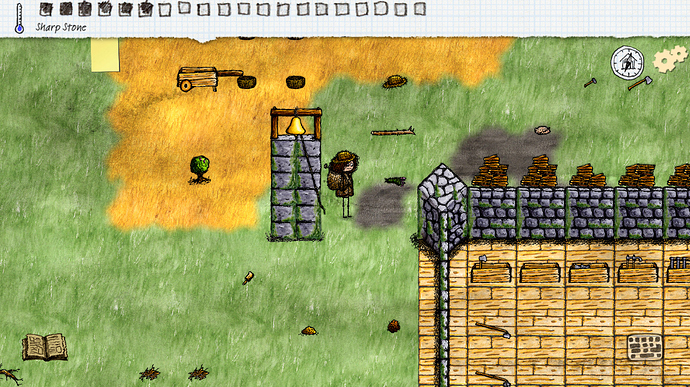 Spent 15mins trying to work out what to do, so I

I was going to make a grater for saurkaut but will have to do that next time I visit. And a corn field followed by stew.

Like to hear from whoever made this place. It’s basically my own vision I’ve gotten 3 quarters of he way to but then died from something and never found what I had started (level 4 bell tower was my maximum effort)

This was my town. Barefootville / Smithville. I have been working this since the start of the jp server. Took a lot of effort but it was quite fun.

What I bugs me is that you cant put hoes in wooden boxes so organising tools does not look good with hoes laying around.

One issue i had is someone put a grave in the middle of the forging area making it look out of place.

A suggestion I have for the developers is have extra sprites for the floor. The wooden floor in the edge of the wall being full while the wall ends in the middle of the tile doesn’t look good in my opinion.

Like the horse and cart - can you actually use it or do you need a second settlement. To me unless its not really that useful in the one settlement because you can’t park it whereever you want.

Could with a bit of difficulty have a fence kit in your cart with a shovel, stone and stakes with you to set up a hitching point anywhere, constantly on and off the horse while it has its 10second timer where it waits before it runs off!

The horse cart is for transporting iron ore. I setup a fence north north east beside an iron mine so that I can get and transport iron quickly. That is why I setup single fence on the right side of the door and left of the forge to serve as a parking lot hahah

I finally got to play here. This was my contribution. Berry farm is next. 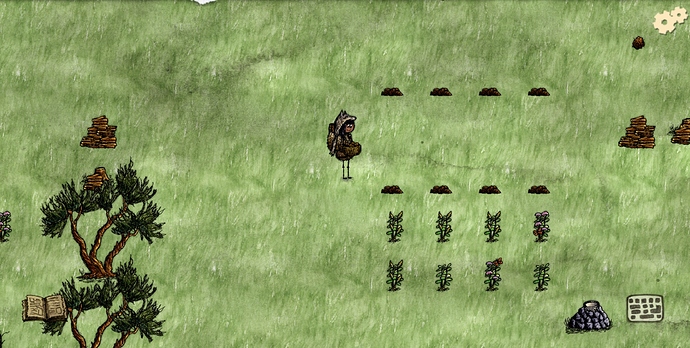 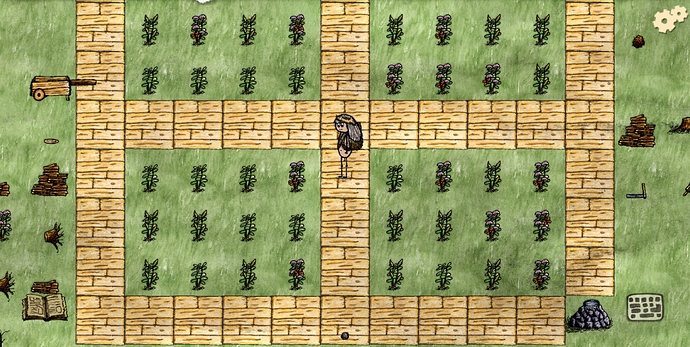 Looks like a cool town. Maybe you guys should try semi solo playing. That’s when you get an Eve spawn and make a town as usual but you also start the family line too so your children can help populate and expand the town. If the village dies out you can just spawn back again and restart it.