We breed puppies today and we have German shepherd. We fed her and got 3 new puppies. We didn’t fed pitbull because it’s dangerous. So we fed the bagel puppy instead (or was it begel? I don’t know dog’s name). After giving it a bowl of carnitas, it didn’t grow and didn’t move at all. It stuck on something. 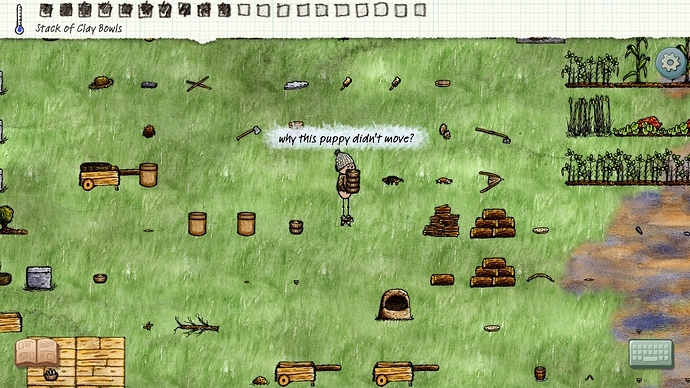 Were you able to pick it up and move it?

Hmmm i think its pathfinding is bugged. If it cant move it cant grow since the growth of animals is based off of movement in game.

It might be trying to path find into the log stacks, firewood stacks, or the oven. Since they block movement it might be forcing the puppy to stay put. Or its 3 second timer for movement is messed up.

Probaly last thing. Last time there was one stuck and i moved evrything around but he still didn’t move.