You’re born, you live, you make stew, you die. There is not time for much else in most villages. But what if there was another way…

It seems like a capitalist society would be a cool thing to try out. I’ve been thinking about it and there is at least a chance it is possible with a good currency and a large population. However don’t think you can simply spawn as an Eve and start building a modern society. Capitalism is something you do once your settlement is advanced enough, and it needs to have its limits. The organisation required for a village like this is unheard of, but it could also prompt an era of mass production. Hand carts for everyone. That sort of thing.

But before you can do anything you’ll need a currency. There’s lots to choose from. My choice would be clay. It’s unrenewable, but still plenty of it for trading. It also means that when you get rich enough all you need to do is buy some straw and plaster for you to be able to build your own house. However the currency is really up to you. Next you need to put limits on this economy. I suggest that you effectively nationalise some basic parts of the village. Berry farms are free to eat from. The same goes for carrots, but only once they have been picked. There is a community nursery and public service workers get free compost, water and hoes. Making water free would also be handy. Anyone working for the public, usually as a profession, should be identified by something like a blue dyed wool hat so people know to give them the tools they need to work. This means that no matter how poor you are, you won’t starve if nothing else. Babies will also be taught the ways of the system all together, a key part of any organised village. It also means that those hoping to start buisinesses will get a leg up until they can fend for themselves in the capitalist jungle. Apart from all of that, the only other public service you will need is law enforcement. This can be solved by taking your most trusted individual and equipping then with weapons and a means of identification (like a red wooly hat). Then, if the soldier spends their life mostly doing basic community farming and thereby staying in roughly the same place, they can be called upon by citizens to enforce the general peace and property rights of the public.

This leads on to the harder part. The actual economy. To begin with this will likely involve assigning different players different areas to own and work on, like the village forge. They can then expand their practise by picking up apprentices from the nursery. Using the forge as an example, at any one time there would likely be around three players owning and working on it. They would likely share property in the same chests to make things simpler. This triplet would buy ore and kindling, forge some tools, and then sell the result to whoever needs it. As a result they might be inclined to expand their practise so that it becomes more efficient. Having an easily accessible currency is useful at this point so people can get some base funds easily. You might give out handouts to get things started to begin with, and later even try using loans. But remember to claim your stuff. If you have a chest, either lock it or make sure everyone knows it’s yours. If a thief comes along then tell the community law enforcement (respect that fluffy red hat). However, with a bit of luck, the whole capitalist thing might start catching on.

But it’s all well and good saying all this, but what about actually doing it as an individual? The easiest way, I think, is to run the nursery. Teach the children about your idea, if it catches on then start collecting the currency you want to use in later life. If it catches on then it will have succeeded. Maybe you’ll be born back into the town as an apprentice stew maker. But unlike your other stew making lives, this time you’ll be properly rewarded for all your efforts. Stew making is really hard after all. Then you can take a baskcet of your earnings and go out to buy that rabbit hat you’d thought looked fancy in the shop crate. You might even try crate trading, where you take out an item and leave the specified price in the crate before you leave. However you do it, capitalism could be worth the effort. And if we really want to do the industrial revolution, then we’ll need someone to start mass producing stuff. They are more likely to do that if there’s some money in it for them. So someone could make that cart factory and then another, until eventualy people are wondering what life was like before you could buy butter for your bread.

This is awesome and possible if we have a personal lock and a server with coordinates maybe even a spawn back option. I think this game would be the best game ever like this

I respectfully disagree. Any structured authority, hierarchy, or domination, in any aspect of life, without justification, is unfair and cruel by nature. It creates kings and queens. It breeds corruption, greed, and violence through abuse of power. It limits the scope of human freedom. It stops everything from happening. This world belongs to everyone, we are all equals and I’d like it to stay that way. I don’t want to see this world with finite resources destroyed. I most certainly don’t want to be a slave to another person or to money for the sake of mass consumption and consumerism.

Will try this. Nowadays people are anarchist for some reason

What are you talking about for real

that word is scary

You’ve all raised some interesting points there. I think we might just have to experiment with different systems in the end. Luckily, since the objective is to make an interesting town, corrupt governments, social hierarchies and evil tyrants are not necessarily bad things. In fact that would be really fun, as long as there was enough food to go around. Remember that you can have a combination of different systems to greater or lesser degrees as well. The good thing here is that although capitalism in real life comes with as many problems as it does benefits, it will all serve to make the village a lot more cool to be born into.

Well put. To each his own. It’s just a game and should be fun. But we don’t choose our own Eves. If capitalism was the only system, I’d be trapped and so over this game. Farming berries for all eternity sounds mind numbing and far from fun. I will die a million deaths before bowing down to another player and giving up my freedom. At least I can take comfort in the fact that I always have the option to reroll the dice.

That’s true. You could always try going off to form a rival settlement. Families which do that often survive longest. Plus it makes a network of towns. Personally I wouldn’t mind being born into such a system so much. I’d probably be farming berries anyway, but at least this way I could have some lore behind me and the ability to buy a swanky outfit. Rabbit fur hats are best btw : )

Although that’s just opinion of course.

Anyways the point it would be really nice if you had a government going on in ohol. Also @Ob0wie83 there’s always the option of being born in a capitalist society, grow your hair, tell your mom to eff off and leave the city to start your anarchist village (as a female of course, or bring some anarchist female friends).

Don’t worry. I already have plans to start a gang of ruthless bandits to take down your capitalist village. Viva la revolution!

But a when im a bandit i will get rich too

Our riches come from the comradery we form and a sense of purpose and belonging.

Sounds like an interesting thing for a village to have. The hard part is doing it without killing anyone, because then there might not be enough people left to continue the line and rob later on. I would advise using snowballs to daze people and then move in and swipe the lot

Of course the village itself would probably not be so lenient on you. Forts might be useful in that case, since you need an empty hand to open a door and therefore leaving you vulnerable to attack.

I agree it sounds great for a more advanced society that has property and posession. I like the idea of trade, each item based of scarcity would be worth more then things like leaves, stocks, etc.

The top currency could be clay since it’s something you can use to make a kilm, housing, all that. But other things can do similar jobs like build fencing or walkways. (I apologize it wont allow me to make my own topic)

Alway since we dont have a currency that could by anything I like the idea of everything becoming tradable and valuable.

I want some milkweed seeds, but the farmer I’m asking wants carrot seeds. I get carrot seeds and trade them for milkweed.
Yes it’s just trade. I like this because because it is true that clay isn’t always going to be available unless you travel to get it.
So I love the idea of let’s say I had a bunch of fur and clothes and didnt want clay. I could sell then for very specific items like, carrots, stones, and a basket.

But I do like this idea and I simply wanted to build on this in my own light.
Very nice job

I apologize it wont allow me to make my own topic 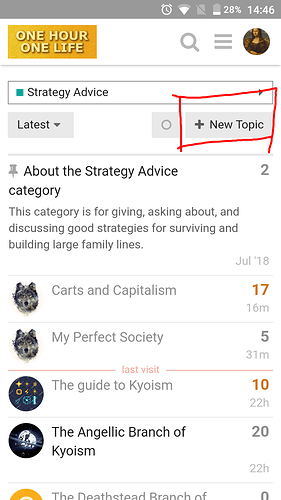 Thanks. Clay was just an example of a currency and you don’t need to copy this exactly at all. This model is simply the basis for something a village might someday achieve. Perhaps currency could be reached as a step up from bartering, or bartering might be a simpler easier to organise way of doing it to begin with. Starting a currency from scratch would be especially hard after all. Good luck if you try and do this, however you do it.