This is kind of funny. 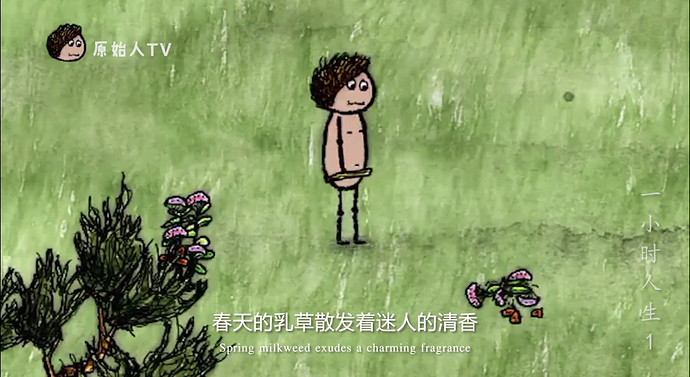 Oh, and this too! 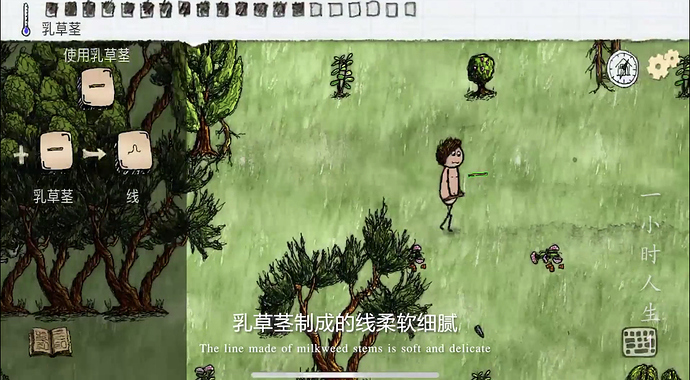 The other one eventually lead me to an app on the App Store called WeChat.

I think they used someone’s life story too.

When I opened my eyes in the world of “One Hour in Life”, my mother teased me with her hands full of old man. “You will be able to become a qualified collector in the future.” She took me on the wasteland. Travel long distances, fill in the belly that I never know, and teach me the simplest oral communication.

On the way, we met another mother and child. The mother cruelly abandoned it in the grass after the child was born. I pulled the mother’s hand and pried between the baby and the mother with pity.

“I’m sorry.” The mother’s calm words were a little stagnant. “Our food is not enough to feed so many mouths.”

When I was able to rely on my own hands to feed independently, my mother taught me how to catch a rabbit with a trap. She handed me a net and sent me to the rabbit hole in the north.

I stared blankly at the rabbit playing in front of me, but I didn’t know who to talk to.

After a few minutes, I starved to death.

This game is suitable for players of all ages

Active and healthy game mentality is the beginning of a healthy game. The game storyline is set to be compact. Please control the game time reasonably, avoid indulging the game and affect your life, pay attention to self-protection and prevent network traps.

There was one more QR code, which took me to the Chinese OHOL mobile forum. It’s run on Discourse too. http://forum.1hourlife.com

By the way, there’s a 2nd video on their website which shows the gestures/controls.

This is a player’s miserable encounter. In “One Hour of Life”, what you have encountered is far more abundant than described above. “One Hour Life” is a multiplayer online survival game. The game itself is just like its name. The player’s life is only one hour. In this hour, you will join the primitive society while fighting against nature and building your own tribe. When you are born, you are the child of other players, and you will experience life and death in an hour.

I think it might be getting a little dangerous with this Chinese publisher. As i said before im not a lawer and i have no idea about Chinese copyright laws. But i could see this third party somehow getting all rights to both the mobile adaptation and the original pc version of ohol in China.

From their willingness to rip artwork from other games to promote it. And to exclude information without clarifying it makes me think they are ambitious enough to atempt taking it.

Of course i might just be overly paranoid. Since i cant read Chinese its just all specualtion.

I think it might be getting a little dangerous with this Chinese publisher.

Yeah, I totally agree with you. How was this publisher found anyways?

The Chinese publisher knew it had tons of potential, then took the advantage?

We dont know. Its just speculation but its worth checking into.

No im saying that there is a possibility that the chinese publisher can get ahold of all rights for the game. Its even more likely considering all of the miscommunication.

I think all of the things that has happened so far was because of the unprofessionallism of the Chinese publisher.

If my hunch is right. Then Christopher taking steps against the publishers can lead them to attempt taking over the whole brand of ohol for China.

Which is obviously disadvantages for both Jason and the Mobile Developers.

No im saying that there is a possibility that the chinese publisher can get ahold of all rights for the game. Its even more likely considering all of the miscommunication.

That’s the Chinese publishers plan? To cause miscommunication and use it to their advantage?

I think this is simply what happens when money is involved. The publisher is investing money in stuff and want’s to make sure their source of income doesn’t go away. They probably can’t even imagine anyone not applying Trademarks/Copyrights so they just do what they always do, grab as much as they can.

I dont mean they purposely caused miss information.
Its probably just unprofesionalism there.

I agree with that. But its not just a Chinese thing. All countrys publishers do the same when they have the chance. Its the field they work in.