Eve disappoints in the row of suicide babies.(お母さんは自殺した赤ちゃん達を並べて失望する)

I’m Sad.
I think that we should grow in the place where we were born.
Probably he wanted to be born in a big city.
If the baby repeats suicide, please assign another mother or make them Eve.
Please.

In Japan, repeating Taskkill until the environment they like when they start the game is called the “reset marathon”.
People who do this seems to be thinking they are wiser than those who do not do it.

Agreed! even though it sucks to spawn in a small settlement when you know a bigger village exists, it’s ridiculous as an eve when at least half of your children commit suicide because you just spawned

Its funny because when ur kid kills them self they think there going to a big city.
Most big citys are lost.
And a small group makes the big citys so if u kill ur self u only stopping a starting city

Totally agree. I’m so frustrated with the game right now because every time I start up a place, I can’t have kids because they kill themselves.
There should be a penalty for killing yourself repeatedly or quitting the game. Maybe a five minute wait time?
Or even just making them start out as Eve’s in the middle of nowhere any time they suicide.
Idk
This game would be perfect if people weren’t ruining the authenticity of the narrative by cheating the system for a better spawn.
I’ve tried to start as an Eve four times today, and every time the babies killed themselves until I was too old to have anymore.

What if there was a score system and you get points for surviving long as well as for your (and your sisters’) kids who survive to adulthood? Negative points for dying young and for when your kids do?

That’s just not right. Babies died in the wild when we got up off all fours and stared hunting/gathering. To penalize suicides you’d have to penalize Eves who set up lousy camps which result in babies suiciding.

Too many noob Eves stand around doing squat besides over feeding their offspring. I’ve seen far too many Eves with a focus on smithing when they haven’t bothered with a farm. Those lineages are unlikely to survive past two, maybe three, generations at best. I suicide as a baby in those instances.

What abou penalizing Eves who let their children starve then? This is a slippery slope. Next thing you know everyone is being penalized for some infraction and everyone is logging hours as Eves to work off infractions.

Edited to add: I just finished an Eve run where I died alone. Suiciding babies and then, starvation for the last one, a boy, in hopes of a respawn of a girl. I was thinking to myself, in my last minutes, maybe there should be a REWARD system. If you die, alone, as an Eve you get to respawn in your last camp. That may mean less suiciding babies as you have a productive little camp set up. I left behind a kiln with a pile of kindling ready to fire. A farm, dry seeded. An oven with its own fire tools and kindling well away from the kiln (I know how much it annoys Smiths to have everyone under foot). Traps and thread ready for rabbit trapping. How lovely it would be to respawn there to continue my work and maybe, just maybe, have a bunch of kids who can actually help advance it to town stage… maybe even grow it into a city.

The reward you suggest is already there. If an eve dies at 60, that player will spawn in the same place next time they become an eve. Have to live to 60 though.

Then there is a glitch. I’ve never respawned in my last camp, as an Eve, after dying of old age.

Wow, I didn’t know that’s a feature. I’ve lived to 60 twice now and haven’t respawned in the same town. Maybe there’s a problem on mobile? But that sounds like a great system to have, brilliant.
And yes, a reward system like the other person said could be nicer than a punishment system, lol. Idk, this game is still amazing so it’s hard to nitpick.

You are reading too quickly

There’s no promise that you will become an Eve next life. In fact, you will never become an Eve if there is a suitable mother who can give birth to you. But: when you do become an Eve, if you lived to 60 the previous time you were an Eve, then you will spawn where you died that time.

Okay… but that’s not happening. I swear. That little settlement I had all tidy? I died of old age. I respawned as an Eve but on the edge of prairie and desert, nowhere near that camp. And that has happened more than once.

So… if it isn’t a glitch and we aren’t respawning as an Eve in the camp where we died at 60, my suggestion is to implement that as a reward for your long life and hard work.

Maybe there is a glitch there then, which ought to be fixed in due course.
If we are talking incentives, then this very special case may not be enough anyway. I’m open to more suggestions.

I’m all for a lineage ban for suiciding babies, but with strict parameters. Suicide meaning a disconnect from the game within seconds of being born to an Eve. They don’t want us. We don’t want them. Too bad for them if the lineage grows the civ to the booming town they’re longing for.

I only suicide if I have burnout from the last hour of doing the same thing. In a low population server towns will naturally die because when more eves spawn they will start taking babies from people in good towns and it comes down to enough people eventually saying “screw it” and start over. Thats the main reason ive seen places die, rarely it’s because of food if no ones taking care of farming. I will admit ever since these events alot more people know how to farm gooseberry bushes. I don’t think we need to add any penalty system other than cursing. Let the players decide who needs to be punished, not a system.

Could you please attach a screenshot?
Thanks!

I am on iOS by the way 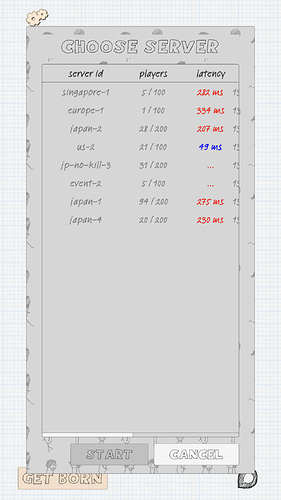 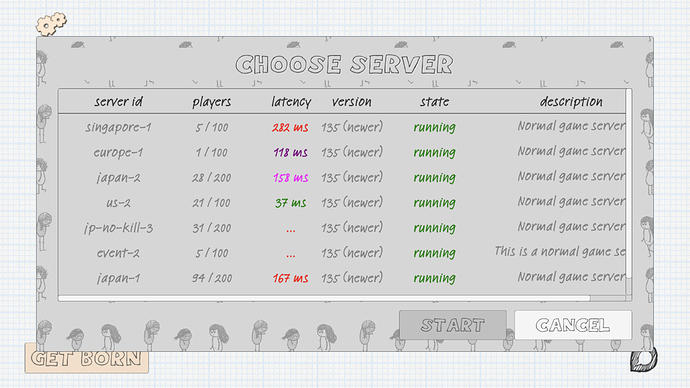 I did this yesterday, lived as a Eve made a sizeable home, berries and such i had a good daughter, sadly her ONLY daughter suicided so the lineage died, i made it to 60 but i did not spawn by my home marker, (i placed one when i was 59) Instead of spawning in my dead village with my grandson i spawned as an Eve in the middle of a large village which was dying because nobody made compost for the berries.

I usually suicide when i spawn as a Eve because it’s no point in playing as Eve when you make kilns, tools, farms maybe steel tools. But your lineage dies because your 3-1 daughters suicide as soon as they spawn. But when i suicide as a eve i respawn as a eve, and i sometimes have to kill myself 10-15 times to spawn in a established village, this is killing the game for me.

Right now when people abuse the easy way to suicide in this game there is no point in eveing. As your effort and time which you sink into making tools and stuff for your children is worthless as they just suicide.

Please fix this add a penalty for suiciding.

Found the reason: You don’t seem to have the latest game version installed on your phone. As you can see in the “version” column, the servers are all on a data version that’s newer than yours. Just update your app in Appstore and then join the fun!