So I litterally just started playing and this happened oh and the animals had stopped moving entirely, my character would not release the stick in the picture and why are there lines? 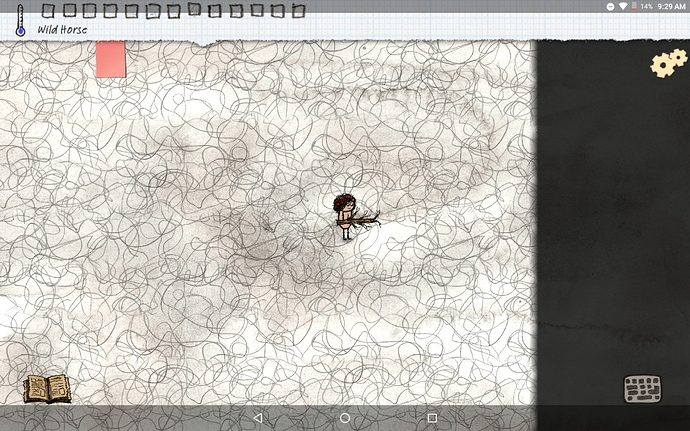 And the odd part was no dying from hunger

Also noticed, this happened… The beginner server is gone, what happened? One minute it was there now it’s gone. I’ll send a screenshot 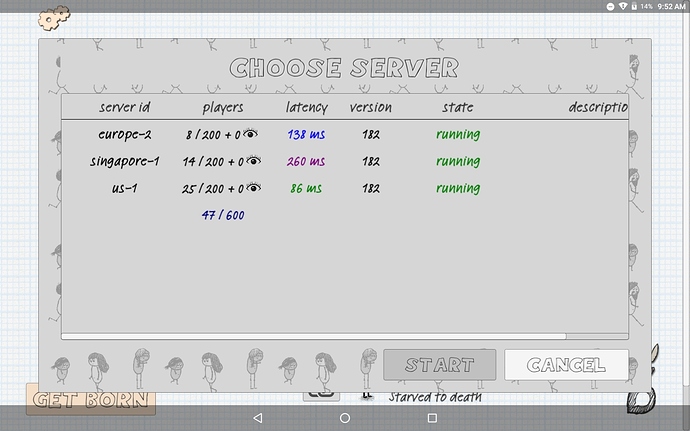 Hmm… let me open up the game and see if I have a similar problem.

us-beginner is down at the moment because of a malfunction. It will be back soon.
The issues you are mentioning here happened because your device lost its connection to the server (due to the server being down, in this case)
Thanks for reporting issues you encounter. We appreciate it!

It isn’t just him. Everybody’s playing on us-1 now because of the malfunction. 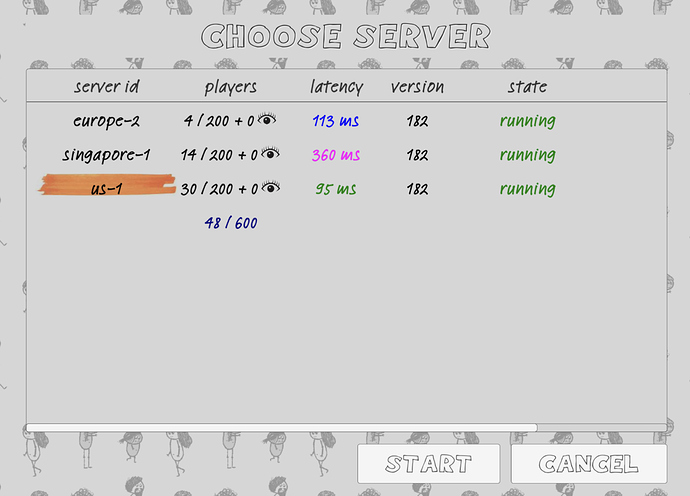 If you haven’t joined our Discord yet, feel free to do so. Sometimes there’s quicker info to be had there:
https://discord.gg/wtSUDQ4

There’s a Discord? I’ll make sure to join it!