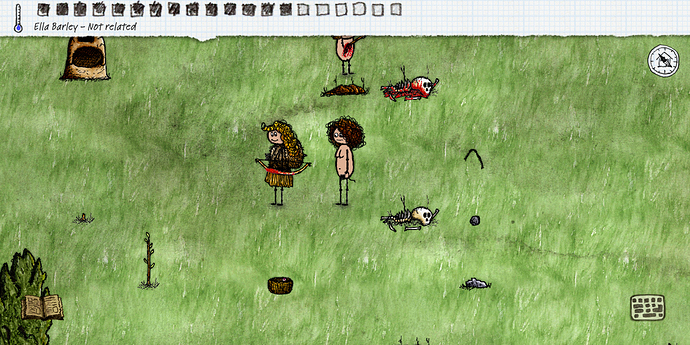 Wealcome to One Hour One Life…

Given this is a beta testing server with limited people allowed to play - if we take screen shots with names I wonder if people could actually be banned? Could the Dev be able to look at family tree history and see who was a multiple murderer and trace back to a user.

Currently it’s very hard to get past initial set up of a community with such few players that griefer’s are extra disruptive. Especially when this is supposed to find bugs and if can’t advance then we can’t find more bugs in later teir tech trees

However with this being the beta test I doubt anyone will be banned for griefing as there are few spots which is a shame because the griefing is stopping us from doing our jobs here effectively.
If murder could be turned off during the beta that would be best but it’s not likely…

I once had a daughter who was a griever … what a disappointment, don’t really know her name though I had 5 at the time.

This was more of a warning that there are griefers in beta. I know it part of the game but i thought if i let people know they won’t be caught off guard as easly as i was. I never played the pc version but watch twisted playing it on youtube for awhile now so i knew how to play once i figured the controls out.

Is the beta still active?