I am super pissed off of players using newton blocks to make a wall to block the path to the oil well. I (no only me but a lot of people from many generations )spend so much time and also energy and steel and water and yet they are able to block the Oilwell. Of course I tried my best to stop them but they keep appearing. After a person pk or do something bad and since we can only curse one time , new ones apear with no fear of curse. And somehow when you need the curse system , it doesn’t work. Please make the newton block removable. Some people are building walls in the city and it greatly restrict the movement . Compared to the stone of the bell tower, the newton block almost resisted the movement of all way . As usual , they are people who use axe to cut boxes, the pixels to distort every oven or furnace , and hide everything behind of the tree. You may say that why other people can’t stop them , please think about it : it only takes an axe and pixel to destroy everything and also showel to remove all the blocks around the sheep place in a few second and we can’t take the thing from their hand , we can’t expect everyone working to suddenly have a knife or a bow to kill them . I like the old compass than the new one because using the old one looks more like a clock and so it is easier to find the way to a certain place like the steel mine. I would like some events like the bear one since it is getting boring . Mosquito sometimes appear in other area but ya , maybe too many PKs and troublemakers may make the game unbearable. I like this game and I play a lot but sometimes having too many troublemakers just break my heart. They are increasing so please help .

I am super pissed off of players using newton blocks to make a wall to block the path to the oil well.

Agree.
It is necessary to make it removable or passable object.

I’ve been thinking about this for a while. The main reason I’ve avoided construction is because of how easily griefable it is. The only way I can imagine to fix this is if there was a set of tools that is harder to obtain beyond steel that can destroy what steel makes. As well as those tools also being able to create stuff that steel has no effect on.

We need a way to remove the newton block.
The damage that the block is installed with malice is too great.

Just use a shovel. That usually works for me when digging up stone blocks. They shouldn’t be passable either because lots of settlements use rows of those blocks for making sheep pens. 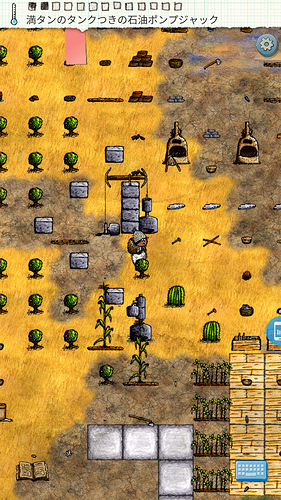 Agree.This is a fatal bag. 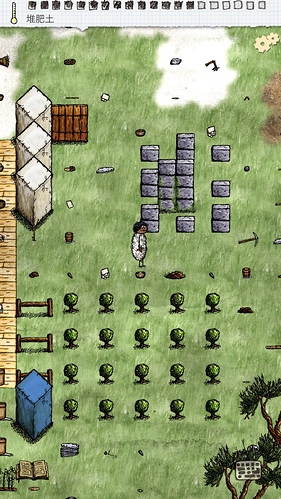 Man, i hate griever in mobile versions. They are too much of them. While we trying to make big city they do the opposite. *sigh

Well a good % of mobile griefing is 1 person with multiple devices that griefs everyone.
That is their goal in this game.

I guess you are right . Something need to be done with them. Some griefer once in a while may be ok for me but no one wants to be borned in villages with walls that restrict movement. The damage done will continue to exist many generations . I sometimes get super frustrated as I continuously been borned in villages with griefers from pk, mpk , newton blocks and so on. Imagine in your 1st , 2nd, 3rd lives and so on, there are griefers . You continuously live in fear and distrust and no matter what you do to face them , they always find a way around it . I once tried using berry trees to protect the oil well, but guess what the person that I trust ( a man and a girl ) actually remove them and also try to plant other things and use newton blocks to block them. I felt betrayed and angry . But , what can I do . There are 3 griefers and I have used up my curse.

Just use a shovel on the blocks. It doesn’t destroy them but it means you can pick them up in adolescence.

The newton (for the multipurpose newcomer engine)block is not removable using showel , pixel and anything . The newton block is not as the same as the block we use to build bell tower which is removable using showel . As you can see in those pictures , they kinda block the path. If they can be removable , I would not have make this thread . Thank you for replying .
Ps. If I am wrong , please help me realize that actually there is a way to remove the block . Your help will be appreciated.
Here is attached the picture of what the block will be used for 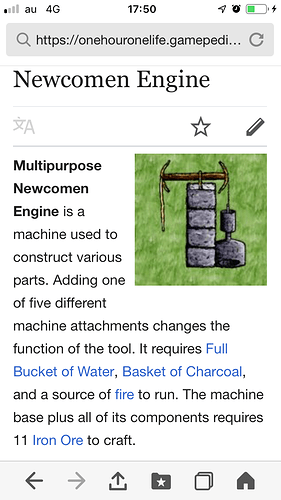 I would agree that this is an oversight. We will address it in an update as soon as we can.

So if someone has one copy of the game installed on multiple devices they can circumvent Donkey Town by just playing on a different device?

I thought the ID associated with the purchase tracked curses across servers AND devices. Am I wrong @Jincheng, @Christoffer?

You’re not wrong. But the same person may have made several AppStore accounts and several purchases (not sure why they would, but it’s possible).
However, the theories are seldom correct. I received 4 family links reporting one griefer, and it turned out that some were from iOS devices and some from Android. Unlikely that it was the same person. 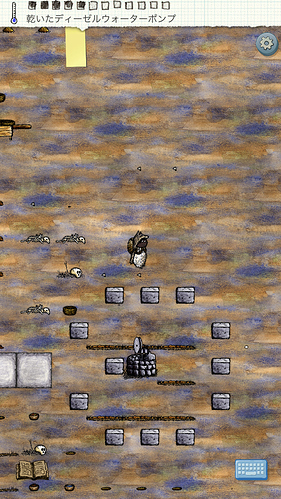 How is it no one noticed the person doing it?

Hmm… maybe we did , maybe we didn’t . Most of us are doing our work to support the village . While we might notice them, yup I did notice them sometimes , it is hard to stop them . All it takes is like 3,4 second for a pro griefer to place a block . You can take away other things to prevent further damage although already plenty of damage is done (place 3,4 block and the oilwell might be done damaged ) but yup , they will return quite soon . The moment you curse them and tell others , the oilwell is already damaged . If you see from the picture , although precautions and steps are done to prevent grieving, it is not effective . Another reason i guess is oilwell sometimes is far from the village and far from the general working area , so only people who work to build engine might notice it when it is too late as they are the ones who prone to find oilwells. If you are able to stop the person from putting the second stone , I totally would respect you very much . As I said I witnessed a lot of cases in my play but was not in time to stop them. I don’t hold a knife all time to kill them fast you know and they surely know how to run fast . Another thing is ignorance , damm I am stupid when I first learn about newton stone . When I can’t move rightly that I notice that is a serious problem. We try to trust people so we kinda wait before we curse them but that is too late . Really … there are still many people who still not know about newton stone(those who might never learn to make Diesel engine) . I once encountered someone who actually help the griefer to build a wall in the middle of village out of ignorance. That is all my excuse for being unwise . Thanks .

Also happened. Someone put clipper inside and no where to go inside.