I was born from eve in Singapore server, she has so many kids. But her village is still very young. It doesn’t have anything except a lot of wild berries bushes (very a lot). Then, i foraging to Northwest and found cut down tree. A village who has axe! I go to the west but found nothing so I’m back and go to the north and found more cut down tree. Then finally i found old village. It’s village from last update where it has newton block. See pic below. 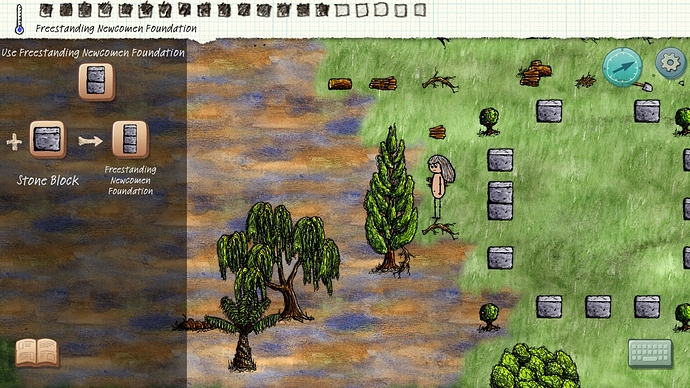 See? This newton block has been remove from the new update so this village must be from last update. Probably 2 or 3 months ago. I can’t remove any of this at all. Can’t even enter it. 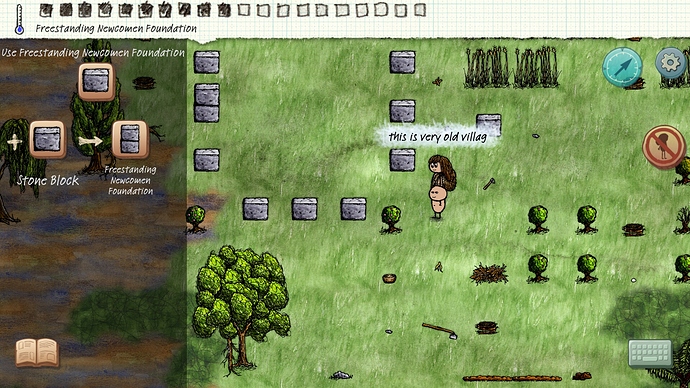 After making a bag from rabbit skin that available in this village, i go home and tell everyone about it. But sadly i was so stupid!! I tell them it was “SOUTH”! I was very stupid!! (English wasn’t my native). So everyone goes to the south and not following me. Only my mom (eve) who follow me. After showing her. I go back to the old place and found no one. I’m stupid. Everyone must’ve lost.

After years, i have 2 son and 2 daughter. I decided to visit my old village. THANK GOD there’s a survivor! It was my niece and her son. I guide her to the new village. I asked her where the other? She said: “we lost and my mom and everyone die.”.

At least the eve still alive and my niece (the survivor) later have a daughter.

That really sucks. Ive accidently told people things were North west whe i meant North East and vice versa so i know your pain. Expecially since ive seen villages start to crumble from accidently sending a good player in the wrong direction usually it ends up being one that is extreamly dangerous or without any foods. And then the vilage colapses from suddenly losing a key figure

Ikr.
Sometimes following someone to somewhere far is dangerous, either we lost, killed by animal, or starve to death. It’s very important to take food supply and eat a lot before we follow them. And the guider must stop every now and then to make sure the person is still following.

I feel your pain.