Yesterday I was playing as a son in a family line and got really confused when I saw my mother and my brother standing still for more than 5 minutes. Mother disappeared afterwards (lag probably) and was moving around but my brother… wasn’t.

Instead, I saw mysterious baskets popping out of nowhere, food spawning on the ground and a bow and arrow making itself (maybe he got angry i was ignoring him when i couldnt see him… 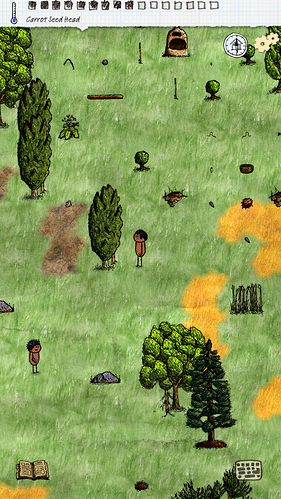 I know sometimes there seem to be some ghost characters. The real player is not there anymore but some clients may still see a ghost that does not move and disappear after some time. This seems to be a problem we inherited from Jason’s server. Not sure if Jason fixed that or not.

We had that problem on the PC a wile ago. I think Jason fixed at the end.