The new use of the ingredients Game Suggestions

During New Year’s, I considered an idea of various dishes and was enjoying myself. Let me open it several, please. The plan which makes rice cake(Mochi) from rice. Japanese people often eat mochi around New Year’s. When topping material is changed, it’s possible to enjoy the various taste.[おもち] [せいろ] [かまど]

With the seasoning produced from “koji” the food in YouAreHope should be even richer!

Thanks for a nice idea, mi.a. 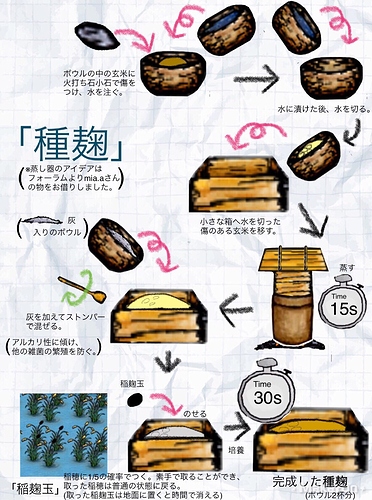 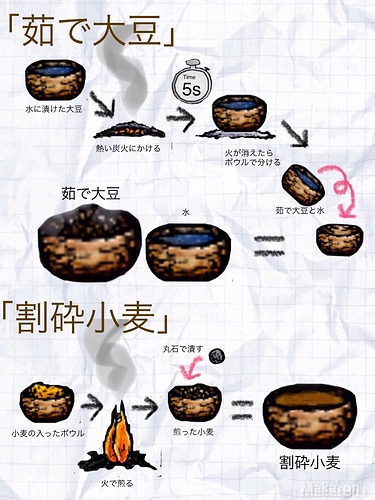 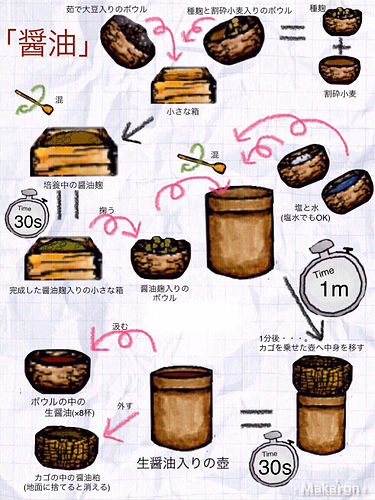 *I’m sorry if I’m wrong because I don’t understand English. 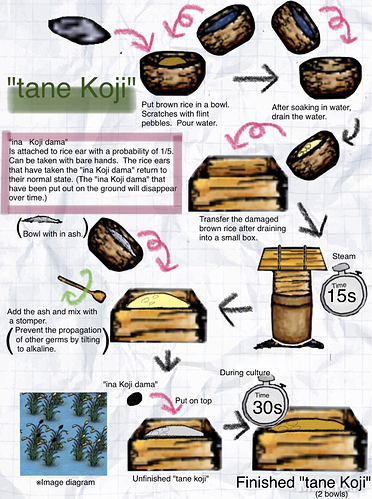 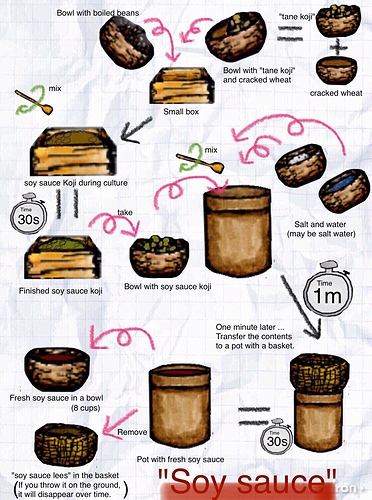 i hope it gets implemented into the game.

Thanks for the nice recipe!
If you have yeast, we you can make sake.

Thank you, too❤️
Sake! It is good! I will check how to make it.

I was reviewing my recipe and noticed inconsistencies.
There were already cooked beans.
But bean water is essential for the next plan.
So I modified it a little. 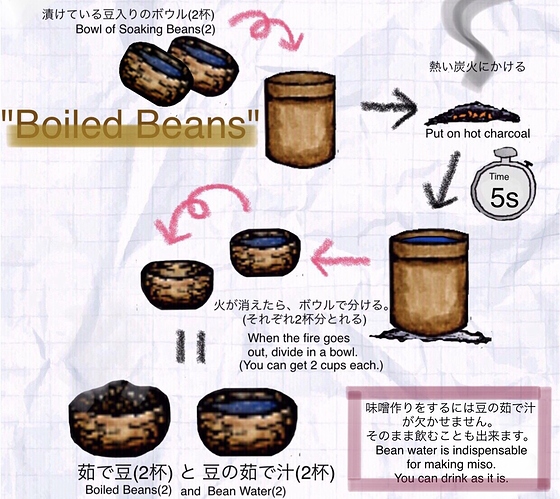 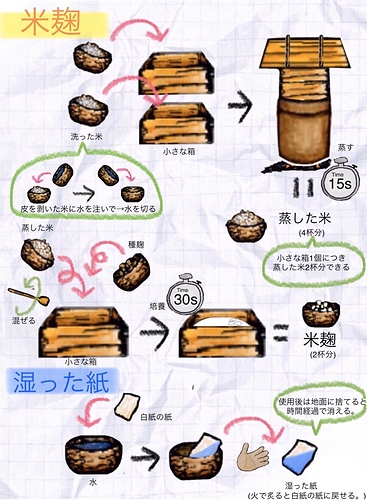 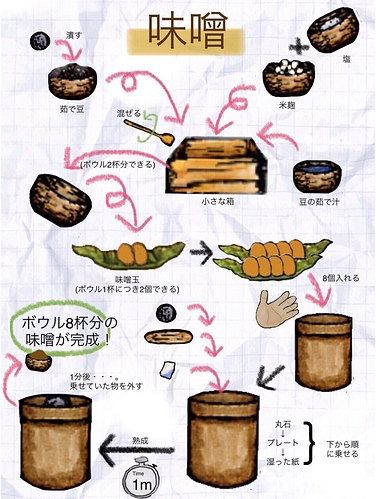 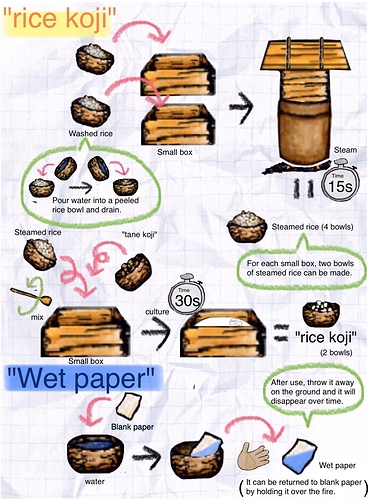 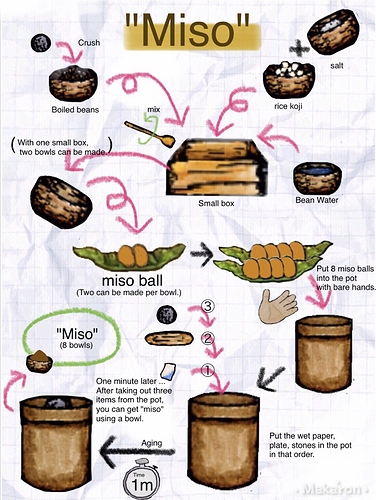