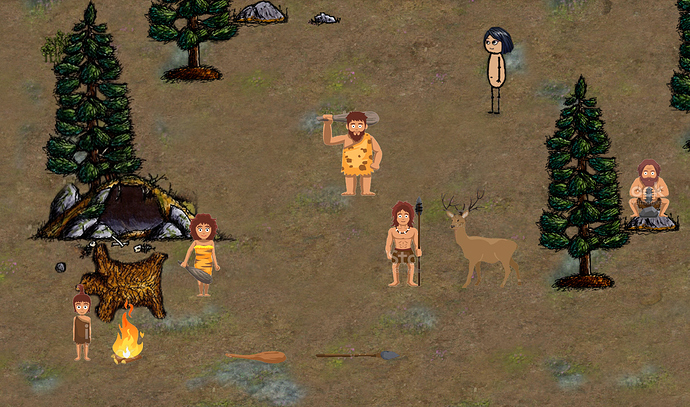 How about some early villagers: the Neanderthals. You can find them in the badlands. Those NPC’s wont leave the biome. You can also get fire there, if you want. You can steal their stuff, but then they will follow you. If you fight them and they die, they wont come back and the fire will go out.

They will look like regular characters but will have a massiv neanderthal eyebrow.

Here is an image of a Neanderthal skull. 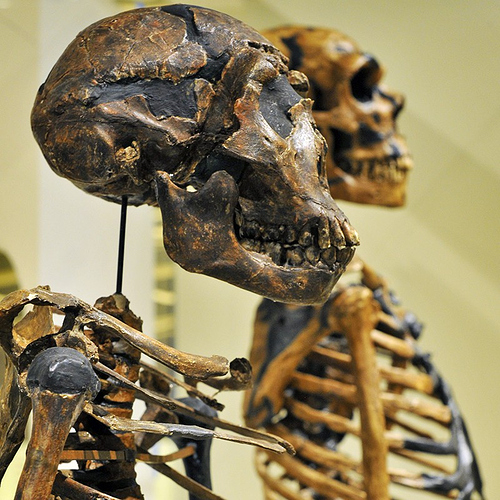 It would be fun to interact with them and build a new village. Like the villagers of the village.

I know Neanderthals lived in cold regions hunting mammoths during cold times. How about a cave for Neanderthals in the snow area? If you place NPCs, the merchant will suit you.

Neanderthal NPC merchants sell mammoth fur. Mammoth fur is obtained only through Neanderthal merchants. The Neanderthals used family love, funeral customs, decorations, clothing, and tools, so if they meet the number of items they demand, they will be given mammoth fur. 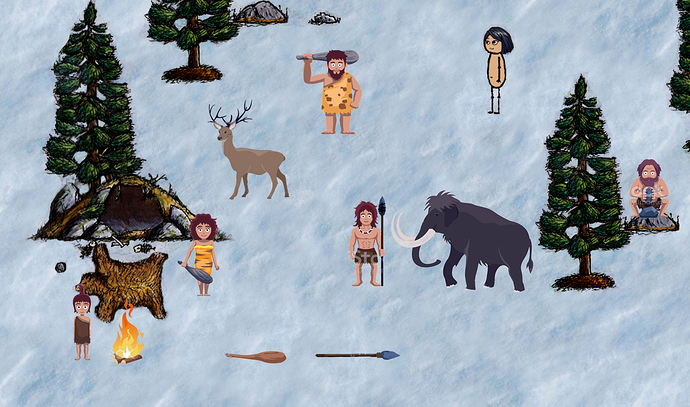 I like your neanderthal merchants idea. So you can get special items from them. either through trade, stealing or killing.

Uh that’s a nice idea. So either you can trade with them and life with them. Or if you kill one you have to fight all of them, because they will be enemies.

But if they have killed that one player, then they will go back to friendly again. So the next player won’t have a problem with them.

Maybe the neanderthals could look a bit similar to the humans.

I honestly really like these ideas. Especially having NPCs in the game.

Maybe they could have dialogue and you could do quests for them and get rewards (along with trading).

sometimes when you play within a big city, it can be a bit boring… So maybe they could have quests, that give you special items, that can only be achieved from these quests

Maybe there could be a quest where you have to find a lost baby.

thats a nice idea for a quest. so you have to search for their baby and bring it back to them. maybe you get some mammoth clothing or ivory or some decoration for it.

Maybe you could bring them back a tamed bear for a huge reward.

I made a small research for the Neanderthals.

Here some stuff i want to point out:
The tools they used are stones, spears and clubs.
Mammoths and caves were a thing for Neanderthals.
The leather tanning was achieved with stakes.
The cooking was the same as in game.

they can go hunt a mammoth.

Would mammoths become an actual animal in the game?

I’ve heard that 1-4% of Eurasians DNA have Neanderthal ancestors as genetic evidence. I don’t remember exactly, but in a documentary that probably follows Yuval Harari’s book, Neanderthal (based on geography and genes) was described as a bright-haired white race. Having overcome the Ice Age, melanin pigment must have been suppressed for the absorption of vitamin D. (The documentary memory I saw a few years ago is not accurate.) (This does not mean that Neanderthal skins should be fixed as Caucasians, but in paleontology, skin and hair depend on imagination or correct old errors more accurately.) Korea is Northeast Asia Located in, Korean ancestors are said to have inherited their present characteristics because of the Ice Age. Because of the reflected light in the snow field, melanin pigments were required, and so on. Many people of modern humanity have inherited the Neanderthal influence insignificantly.

Koreans have strong flexibility in melanin pigment. Koreans’ skin darkens rapidly when exposed to sunlight, and bright when exposed to less sunlight. (That’s why Koreans have preferred light skin color since ancient times. Because they thought it was the upper-class skin that wasn’t working. The traditional preference for blemishes and smooth, light skin. Modern standards prefer tanned skin, too.)

uh wow you know a lot about neanderthals

This is the most best idea i have heard so far. Give this man some credit