Sometimes the family tree didn’t display the cause of death accurately. I once die by yellow fever but it displayed “starved to death” instead. And sometimes i killed by wolf but I’m running towards mosquitoes and the causes of my death is “yellow fever” instead of wolf bite.

Now i see “mosquitoes swarm” which i never heard of and didn’t know how exactly these people die. Maybe they die because hogs cut but running towards mosquitoes, but it should be displayed “yellow fever” just like wolf bite case.

Ive seen the mosquito swarm one before. I think it usualy happens if you died within around 5 secs of getting stung. Probably has to do with a timer for when your temp changes. Notice how right after you get bit your temp raises to really warm but wont change to really hot untill a few seconds latter. I suspect if you die before it changes to red it will give you the killed by mosquito swarm. 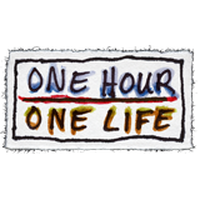 The Cause of Death of a character appears after their death, and is visible on their Family Trees, which can be accessed on the game's main menu and at the top of the official OHOL website. There are many ways a player's character can die in the...

Yellow fever is technically death by starvation. But if you still had yellow fever at the time you starved then it should display yellow fever as the cause of death.

So if you were bitten by a wolf and immediately ran into a swarm of mosquitoes, your cause of death would display as mosquito swarm. It would be the same if you were attacked by mosquito swarms multiple times as well.

I’ve seen it before too.