For the yungs (after wolflords) have been curse by the knife

Blood and rage was in every corner of the willage 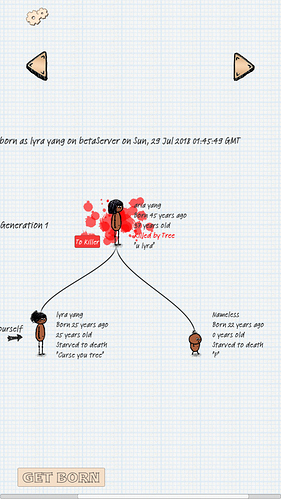 Ya as i stated on dicord if i find a player named tree i am going to kill it i dont care if it wasnt you. So pray that your mom doesnt name you tree. Hell if anyone want to join me on a kill all people name tree go ahead.

I was born to tree tree. She named me sapling. I thought that it was strange that she was making a bow and arrow before anything else. So I took some screenshots. 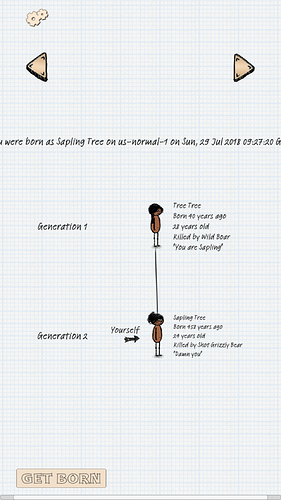 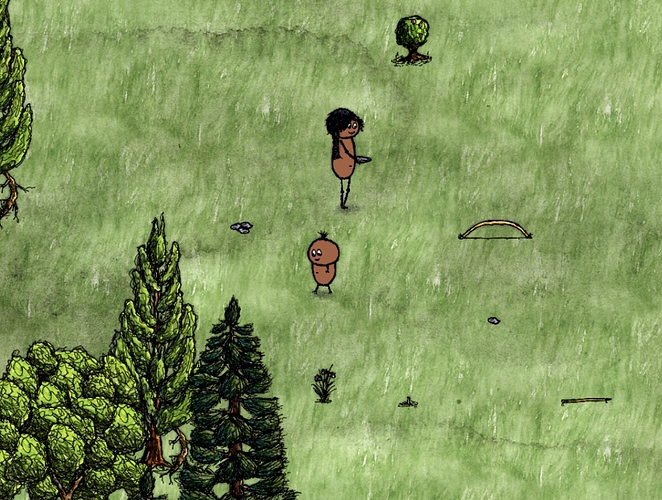 She then disappeared after I grew up. So I finished the arrows and tried to deal with the bear that I thought was the reason she was making the bow. This was my first an so far only contact with the Tree family.

Sadly i have been deemed this curse also

The curse of the trees

I got hit by “The only Arrowsmith”.

I too thought it was weird that she had been making in arrow and bow and a skeleton was beside her.

I like trees, and I did not understand the curse, (or in other videogames that I planted trees, someone opens my tree dead)

Person named Tree is a known killer in this game. When a baby tells me it tree i just run off let it starve. It not woth my vaulabe food bar to feed a known murder

So he wants to kill everyone, just as he could call the apocalypse and kill the whole server of a …

Apocalypses are down and cannot be triggered

Im gonna start naming everyone “Tree” from now on and let the war begin.

because a war begins only because of a person who kills players, and call them a tree, … what is this?

Its a curse of the devil himself