Personal advice on the new gameplay

The following is my personal opinion. The main reason why the game is not popular is the contradiction. The main contradiction is the contradiction between the inheritance construction of raising baby and the single-machine construction of Eve, which has never been well solved. I chose to play this game because it can be born as a child of other players. I like being with a large family, even if our only food is bananasIf people get together and can do something in partnership, it will be even better. However, due to the demolition of homes and the night, families always go to the end and die out gradually. Every time it’s a fresh start, people’s passion is declining. This also led to the birth of Eve’s Party, and it has gradually become the mainstream today
My suggestion is: change the mechanism. Create a server with a new gameplay mechanism, and players all over the world can join in. Compared with the previous server rules, the rules of this server are:
①Alleviating hunger and forbidding killing, and men as labor force, the effect of alleviating hunger is enhanced
②Players will live to be 120 years old, and the age at which they can have children is 15 -100 years old. There is no contraceptive mechanism
③ Players can’t go back to their homes by living to the age of 120, nor can they go home by burying them.
④ The only way for the server to go home is: “Blessing”.
Blessing: The mechanism is similar to eviction, but completely different. A player can get blessings from other players and be recorded by the server. When the number of blessing layers reaches 3, the server will prompt: You have received enough blessings, so that you can return to your favorite birth point when you are born next time. And clear the player’s blessing layer。
⑤Take Tokyo time as the standard, when the time period is 18:00 to 6:00 the next day, the children born during this time are female, and have the chance to be born as twins. 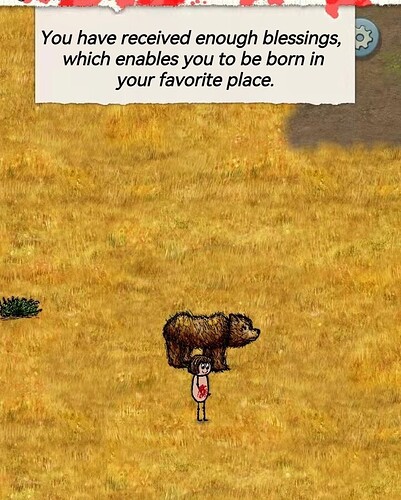