This is the second time i see a guy hunting piglet and when he put the piglet in the pen, someone said “don’t feed it. Pork is useless” and she will pick up the piglet took it out far away and the other guy will chase her demanding the piglet back.

Now, i know pork is really hard to process and many of pork are abandoned everywhere. But i also feel bad for the guy who put effort hunting boar. You know, he had to wait for the boar have a piglet and then shoot it with arrow. That’s a long wait.

Anyway, pork is useless? Well, not necessarily. You can make one kind of food for human from pork,it’s pork taco. And it took quite long time to process.

Yeah, it’s really long way to process. But maybe now you know what to do with that abandoned pork all over the place. 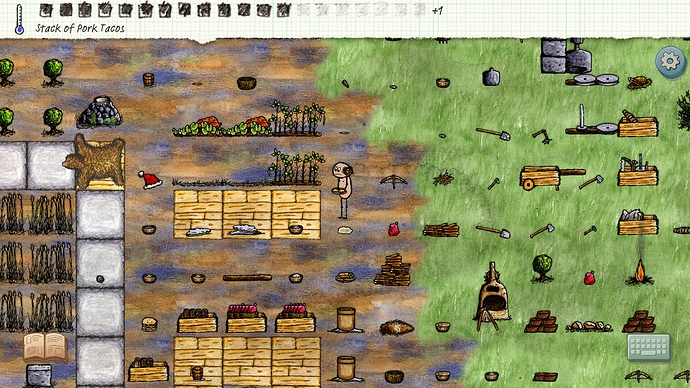 that screenshot… were you at this town today? thats my eve spawn town. i took hours to organize everything and make it neat. PLEASE dont tell me its messy like in that screenshot now.

Well, after seeing this post i went online during the peak period and lost my eve spawn position. Glad i did, seeing the horrible state my solo town is in. i spent countless hours playing at ungodly hours building that town solo.

Screw the latest update that removed eve spawns. i hate this update so much.

Yep it messy like that. Sorry to tell you that.

made me sick just looking at the boxes of raw pork replacing all the pies i had put in there.

That’s just too bad. You should’ve kept in mind that the stuff you made could be used in the future to make something else that you don’t like.

im with you on this. the update is horrible!

Yeah. The pies been eaten and we have a lot of pork. I’m trying to process the pork but realized everyone is die. So i didn’t continue.

Edit: see? I always the last one to survive in your town.

lol thats true haha! i hate when people waste bowls on carnitas too… then i have to spend my whole life making pork tacos just to get rid of those bowls ughhh

Puppies?
Honestly i like puppies. Especially German shepherd, we can feed them sheep meat when we have too much of sheep meat around.

Oh hey! A little disclaimer ^^ I was the lady that took the guy’s pig away and told him not to feed it. Also because he tried keeping it in the sheep pen, which was full enough as it was. While that’s true, I don’t recall claiming pork is useless. I’m well aware it can be used for a small portion of things.

Sad to see the town like that near the end of my life. I had spent a lot of time looking for the medical pads that someone had taken and hid. I cleaned what I could find and put thread there again. 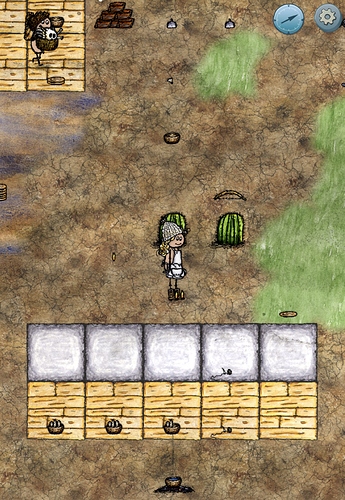 There’s a lil bit of misunderstanding. You are the second lady who took away the piglet. The one who said pork is useless was the first lady i met. @kaybro

Oh. That probably explains why I had to take the piglet out of the sheep pen twice. Sorry for the misunderstanding ^^

It would be cool if we could make leather clothing from pig skin.

I actually agree with that. Its the only animal you cant wear. Whats up with that. besides penguins lol.

Pork is actually even less of an ideal food now because some of the new electonics require limestone i think.if they are so set on making tacos they should probably make bean burritos instead. Still wastefull on resources but its better than the corn and pork tacos.