I thought perhaps we could provide each other with our experiences with the spiral. I’ve done a number of walkabouts over the last several days trying to discern which way the spiral flows. Post in this thread where you’re having luck on any given day and keep each other informed.

Based on my experiences the last couple of days it seems to flow in a counter clockwise direction (on US1 anyway). Yesterday afternoon I was finding startup camps within fairly close proximity to spawn position to the East. Bigger, older settlements were in the same direction further out. By evening i was finding them in an ENE direction. This morning, NNE. Toinght pretty much due North.

As the spawn positions move along the spiral with each spawn (I’m assuming this, feel free to correct me if I’m mistaken) I expect that, by tomorrow morning, I would want to move in a NNE direction.

Can anyone corroborate my findings so we know for sure?

Yah we were playing on Eu yesterday with the bell tower and i kept trying to make it there by running as an eve. Until we reached it. Well short story is i hate sneaky tree wolfs and boars. Well spiral was moving in a counter cock wise derection using bell tower as a reference. We started with it NE of spawns. After about 5 hrs of high number of eve deaths it was N then next day about 10hrs later it was Nw then with really high number of eve deaths. (Griefers were trying to kill the fellowship out of the town and kept respawning to be born in the town) eve spawns were almost directly north of the bell tower.

So you wont know for sure if you need to travel a certain derection untill theres a bell tower. And depending on how many eves spawned then it could be you have to travel the complete opposite derection. Then you were expecting

I simply just gave up on eve spiral (I’m suck at that). If i born eve, i will just make new camp. But I’m pretty good at foraging. I can see if there’s abandoned village near around my eve spawned.

But yesterday I was born from an eve and she doing something weird. She cut everything down using sharpstone: reed, wheat, flint, wild carrots, wild beans, indigo, everything that can be cut using sharpstone. She abandoned me so i decided to go on observation mode. Turns out she doing that in everywhere she goes. She didn’t planned to make civilization.

She even pass a village where there’s no girl there. A boy told her “stay and don’t die” but she just doesn’t care an continue her weird behavior. Spoiling traces that could lead me to abandoned village. Damn, i wish i could curse using ghost mode.

Yah theres been a few weired griefers lately. Its almost bad enough that you could believe they are just really bad noobs.

Oh, how I love the Eve spiral.

Hmmm i think we have all been over looking one thing. Why dont we just go with the eve spira and try to meet new eves lol i think ive done this in the past by accident and we got pretty far. (To sheep which back then was really far to me lol)

its the best! finding an other eve is great

there is a higher chance the town will survive. but i dont like it, not to be able to see the other family tree when i die. the family are so close but seperated in the after life.

Thanks Mandrake. So it seems the spiral does move counter clockwise!

Was she moving in random directions? I started to think that maybe she was leaving a trail for others to follow in hopes of leading them to her settlement. But after a few more sips of coffee, ignoring all the babies suggests not.

Then again, maybe she was just leaving a trail for herself as she looked for an old camp? Which is weird instead of setting a home marker to keep direction. Or maybe she was a noob just playing with her new pointy stone!

I’ve abandoned babies while testing the eve spiral. I typically name myself, something like “Testing Spiral”, so it’s obvious what I’m doing and I don’t have to stop to explain to every kid I have what I’m doing.

Regardless, I don’t see what she was doing as worthy of using up a curse token. Curse tokens should be used only when someone is really griefing cuz if they’re wasted on “meh” moments you may find yourself with an empty pocket. jmo

Honestly, the spiral has led me to some pretty great places. Even old places I’ve made! If we can verify direction, which I believe is counter clockwise, AND keep each other informed we will have greater success with it. Last night, just two biomes North, I found a well established village for my fairly new Eve mom while I was out hunting for iron after setting up her camp and getting the farm started. We moved there. I was teaching my really new sister how to make fire as she popped out babies when a bear was led into camp. Trying to lure the bear away it was apparent that virtually my whole family was new as all but one brother ran around like headless chickens and were killed and NO ONE but me cursed the griefer.

Being male, with no surviving females, I set out to further experiment with the spiral and found an even bigger village/town three biomes north of there.

I guess the moral to my story is: don’t give up on the Eve spiral! If we post updates about direction we should all find it easier to get ourselves to well established places and grow them!

That’s why you should join our discord to communicate the direction with multiple active people instantly.

So i heard about this eve spiral thing, but what is it? Im pretty new and i sounds intresting and pretty helpfull. Maybe someone can give me a little explanation? (Also, weren’t you that nice mom of me one day? I think i was vallen tigre or something)

Eve spiral is the next location you will born as eve in the server. It called spiral because it’s looks like a spiral. 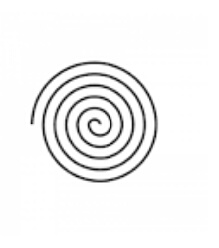 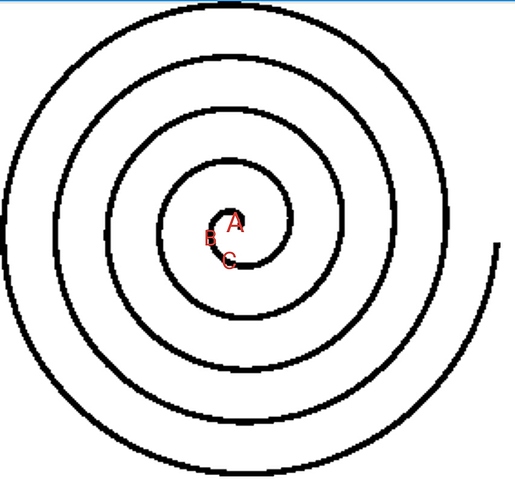 Usually the distance between each location is 500 tiles away so they cannot interfere one another but still possibly found each other. It also useful to find abandoned village so you don’t have to start from scratch. The spiral in this games seems to be counter clockwise starting at north.

There’s other things called “eve spawned”, is the term you use to be reborn as eve at the same location as you are before instead of born in the next eve spiral location.

I find that I will stumble on early settlements within 200 or so tiles if I’m headed in the right direction. I’ll usually find larger more well established places within 500. The individual over at the PC forum who wrote extensively on this said big, old civs were around 800 tiles out.

Also, there’s no guarantee one will find anything. Look for signs of life having passed by an area. Rabbits out of their holes with babies, flowering or fruiting cactus. Goose ponds with eggs. Tulle and milkweed stumps. When I see these signs I circle the area looking. If nothing then head back in the direction you were going (while walking around jungle cuz no one is going to settle in the jungle). Before you head out from spawn position, if you’re going to try to follow the spiral, set a home marker to keep track of your direction.