It would be awesome if you could play You Are Hope on a computer. The game would be accessible on more platforms, resulting in more players (and presumably more money too).

The Microsoft Store has a number of benefits. Most of those benefits also apply to the Mac App Store. 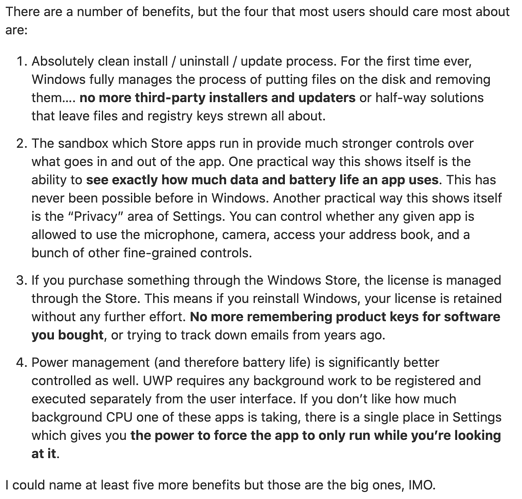 
Here are two Wikipedia articles that contain information about both stores.

The App Store (also known as the Mac App Store) is a digital distribution platform for macOS apps, created and maintained by Apple Inc. The platform was announced on October 20, 2010, at Apple's "Back to the Mac" event. Apple began accepting app submissions from registered developers on November 3, 2010, in preparation for its launch. Mac App Store was launched on January 6, 2011, as part of the free Mac OS X 10.6.6 update for all current Snow Leopard users. After 24 hours of release, Apple an...

is one hour one life really that different? i haven’t played it but i thought they were the same.

One Hour One Life isn’t available in any of the stores I mentioned.

I would like to expand on the benefits of both stores.

Daily statistics and more visualization of what is happening with your apps. You can also expand Filters to filter all of the data on this page by market and/or by device type. Market: The default filter is All markets, but you can limit the data to... 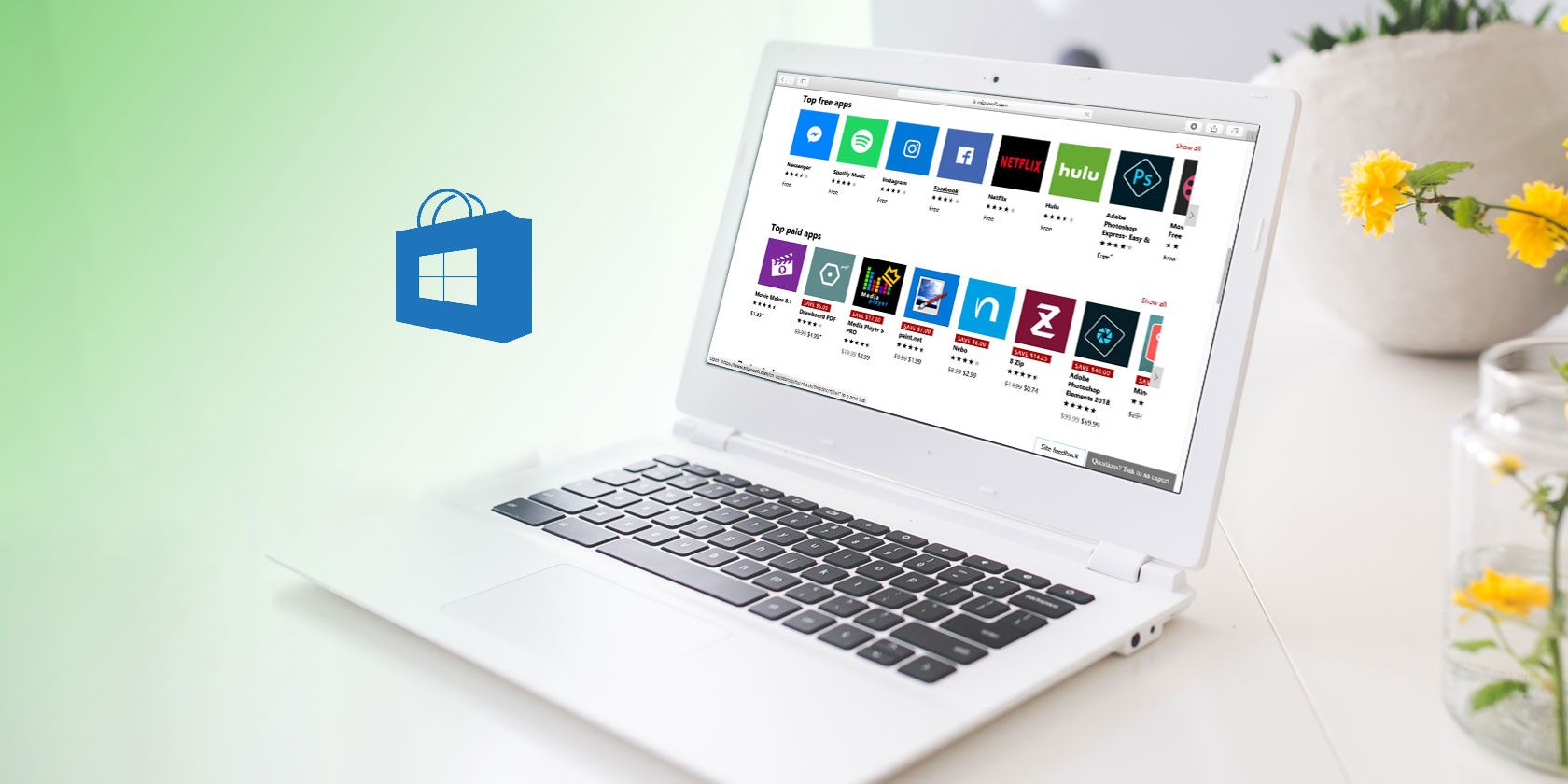 3 Reasons to Download Windows Desktop Apps From the Microsoft Store

Installing software can be such a pain. But Windows 10 is making it easier. That's if you install apps from the Microsoft Store. Here's why you should!

Crossing platforms is amazing but I don’t think it can be on pc because the game is just a copy of one hour one life (the Devs did an amazing job adapting it and thanks for their amazing effort!) So imagine it being a competition when it’s nearly the same , they’ll probably get sued for copyright or so because it will definitely affect the original game

but I agree crossing platforms is gold tbh, maybe make it an official version some how and like cross platforms with the original game?

the game is just a copy of one hour one life

YAH has become quite unique compared to OHOL. I’m sure it’ll become even more unique within the coming months.

They probably have a contract with Jason or something. Maybe Dual Decade should ask Jason if they’re allowed to port YAH to the Microsoft Store and the Mac App Store.

Porting You Are Hope to the Microsoft Store as a UWP game would allow it to run on Windows 10, Windows Phone, and Xbox with no hassle whatsoever.

Also, porting the game to the Mac App Store has become even easier due to the transition to ARM architecture (the same kinds of chips used in iPhones and iPads).

Further, the ARM-based chips will allow iOS apps to run natively on Macs, which means iOS developers will be able to more easily expand their user base and integrate their software across Apple’s ecosystem.

TL;DR: The macOS ARM transition will establish a common architecture across all Apple products, making it far easier for developers to write and optimize their apps for the entire ecosystem.

All that really has to be done is to optimize the game for PC and Mac input methods (keyboard and mouse/trackpad).

The new Universal 2 application format allows developers to package the same app with both Intel and ARM executables. If you are wondering where the “2” comes from, Apple introduced the original Universal application format to support both PowerPC and Intel-based Macs.

I cannot imagine that compiling an app is that hard.

image1400×548 154 KB
Developers can apply for the Universal App Quick Start Program at developer.apple.com, and the cost is $500, which includes the ARM-based Mac mini. At the WWDC20 keynote where the transition to ARM was announced, Tim Cook was not clear about the program timeline, but he excepted the transition to take about two years.

We exepect to ship our first Mac with Apple silicon by the end of this year, and we expect the transition to take about two years. — Tim Cook WWDC 2020

We plan to continue to support and release new versions of macOS for Intel-based Macs for years to come. In fact, we have some new Intel-based Macs in the pipeline that we’re realy excited about. — Tim Cook WWDC 2020

what do you think how big is the return of investment? there is already an «you are hope» game for computer called «one hour one life»

. so on the market is already a strong competitor with almost the same game. and all the inputs like touch gestures would have to be redone to point and click. also the whole user interface is optimized for mobile. you can’t just put it on a bigger screen without adjusting. i see a lot of developer work go into an game adaptation for computer. if there is a market for it, it might work. but i doubt it’s gonna happen.

so on the market is already a strong competitor with almost the same game.

Both games have certain aspects that make them unique. It’s also worth mentioning that One Hour One Life is only on Jason’s website and Steam. There’s no competition on the Microsoft Store or the Mac App Store (or on Windows Phone and Xbox for that matter)…

…and macOS Catalina, along with future releases of macOS.

Mac Users: Apple has broken backwards compatibility (again!). As of MacOS 10.15 (Catalina), One Hour One Life no longer runs on MacOS. I’m still making weekly builds that will run on 10.14 and earlier, but MacOS is no longer an officially supported platform.

and all the inputs like touch gestures would have to be redone to point and click. also the whole user interface is optimized for mobile. you can’t just put it on a bigger screen without adjusting.

They don’t have to be completely redone. It isn’t that hard. Again, UWP makes things fairly easy when it comes to the things that you’ve mentioned (not to mention that quite a few Windows computers have touchscreens nowadays).

i see a lot of developer work go into an game adaptation for computer. if there is a market for it, it might work. but i doubt it’s gonna happen.

There isn’t a lot of developer work. Again, it isn’t that hard if you do what I mentioned.

All of this is less complicated than you think.

nah i don’t think it’s complicated to do. i just think its way to time consuming. time is money. this money has to come back. i think that will easy take a month to do it right. and also after it’s done you have to maintain all the different ports. so in the end you have to sell about 20’000 copies to get that money back and to pay the team members for the month it took to make it. and in this time you have done nothing else. no new features.

i just think its way to time consuming. time is money. this money has to come back. i think that will easy take a month to do it right.

Generally, it should only take a week to finish developing one port (if you use the tools I mentioned earlier).

after it’s done you have to maintain all the different ports.

If Dual Decade cannot hire more people, they could always have a publisher maintain the ports.

so in the end you have to sell about 20’000 copies to get that money back and to pay the team members for the month it took to make it.

Again, it should only take a week to finish developing one port. Also, contracting people might cost less money. If necessary, there’s always an option to find a publisher.

in this time you have done nothing else. no new features.

It isn’t like people are currently complaining about the long wait times for new features. I think the community would be understanding and would much appreciate the game being accessible on more platforms.

If the work is outsourced, you could possibly focus on new features.

only the future will tell

Not everything has to be outsourced. Only the parts that are time consuming/money consuming.

What about publishers though? Getting the game ported would be so easy.

Now that I think about it, Windows/Mac-oriented news publications would probably write articles about You Are Hope if it were to be ported the Microsoft Store/Mac App Store.

Porting a game is more work than you think. It could be easier than usual for You are Hope, seeing as it started as a port from PC. However, we don’t want to get into another discussion about confusing the market about which game comes from which developer.
I think that You are Hope is a better game than OHOL at this point in time. I think that if we ported it to PC, we would risk putting OHOL out of business. That would not be good for the fans of OHOL, who are not to blame for the situation. It could also trigger Jason into starting another fight, which wouldn’t be good for anyone.
(If we made a sequel to YaH, which didn’t use any of the assets Jason created, then it would probably make sense to make a PC/Mac version too, for those who prefer those platforms. )

Porting a game is more work than you think.

If you try to port it the traditional way, then sure. By that point though, you’re making it hard on yourself.

Maybe this will work for you @WumboJumbo 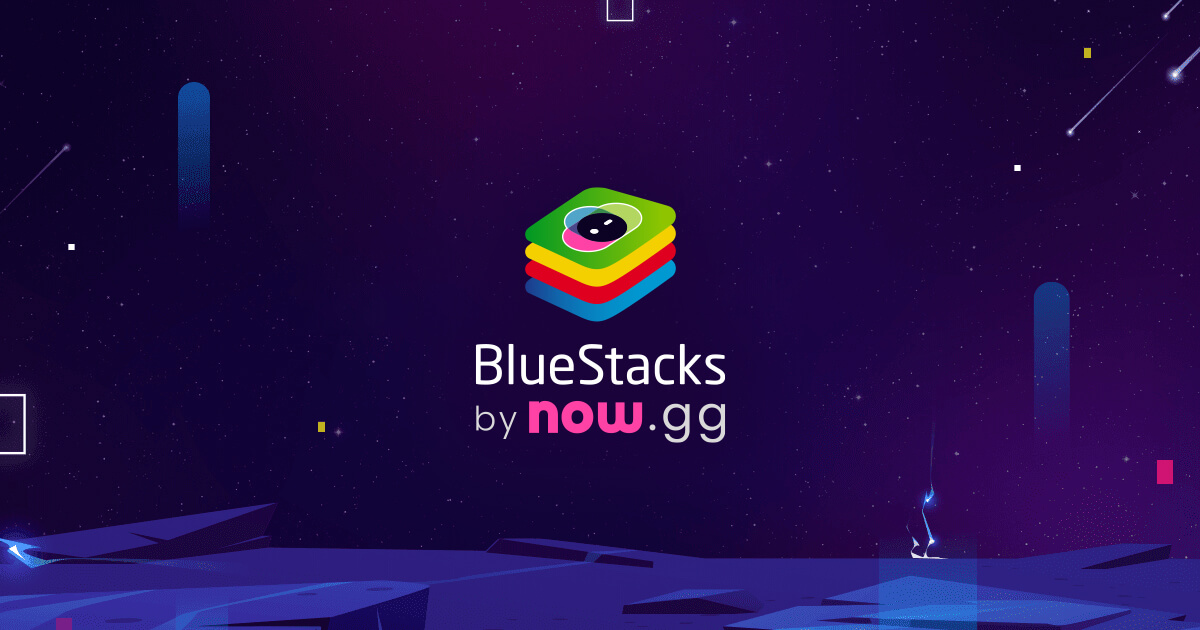 Get the fastest and smoothest gaming performance with BlueStacks - the world’s most popular, safest and FREE Android emulator for Windows and Mac. Trusted by over 500M gamers.

Considering that it is an emulator, will the performance be gimped?

so it seems you are not looking for a way to play this game on a laptop or desktop computer. therefor i gonna close this topic. thanks for sharing your thoughts.