Here’s what I think would make the game more interesting. If we had a river coming out from a mountain, we could make an iron tool and dig a passage to the farm and create an automatic irrigation system. That way future generations wouldn’t have to depend on a person to keep the farm productive. We could focus more on creating meaningful relations with our families.

There is a redit for the actual game suggestions. This idea is something that have been around for a wile now. Jason is thinking about lakes and rivers… It will come at it time.

This is the link for the actual Redit forum:
https://www.reddit.com/r/OneLifeSuggestions/

Maybe if there would be some bamboo we could use it as pipes. And there could be a water reservoir you can fill with 10 buckets of water. From the reservoir you build the pipes to your farm.

Yah i do to. Maybe they can make it so theres hot water springs in the mountain biomes with “Fresh water streams” that randomly generate short distances. They are only ever one tile thick and could be crossed by placing two straight branches over it.

Then if we dig the pits next to one of those fresh water streams it would fill and create a freshwater canal.

Aditionally we could use some of the car parts to create under ground piping for the irrigation system.
Like a pump could be placed on the fresh water canal or resivore and then pipes could be burried and conected to the pump to irrigate the tiles directly above them. 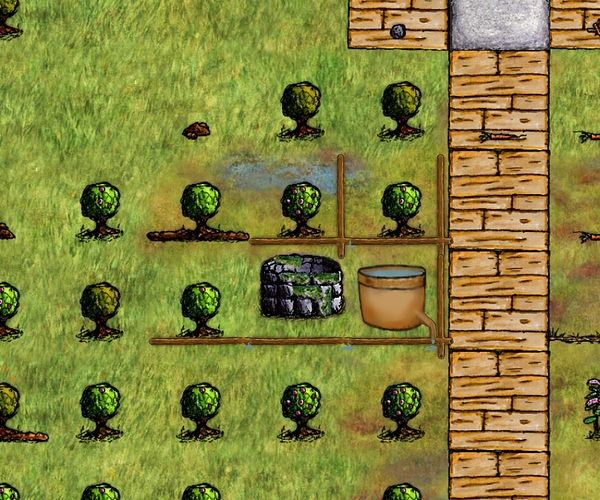 how about something like this for an irrigation system?

oh i guess OHOL has now an irrigation system. looks a bit weird with the engine

That’s funny as coincidences go. We are about to add this: 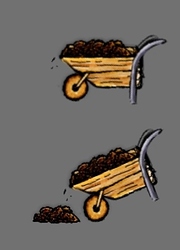 @sayuchan the watering can will be in game! yay!