How about an update for rivers, briges and kayaks?
Here is a visual what i was thinking about: 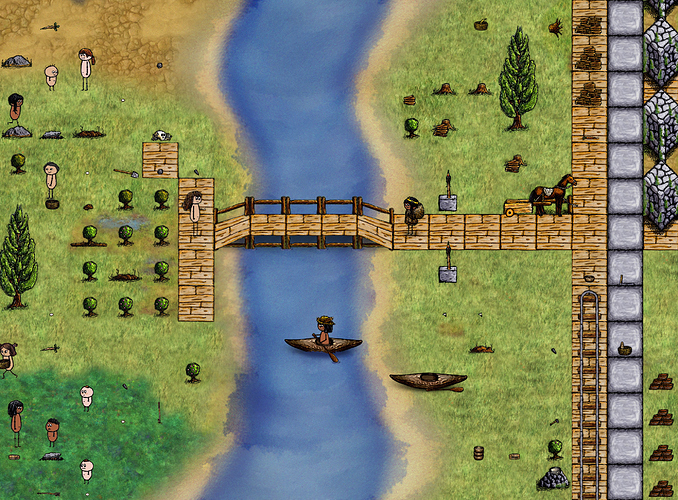 Oh wow this is rlly pretty

would players without bridges or kayaks be able to swim across?

. I think yes. But maybe with a countdown timer. and the current of the river will drag you a bit further in one direction. and maybe you cant swim when you have much cloathing on and backpack.

Wow that looks amazing! I would like to travel to far lands and villages with a kayak or boat on a river. And then the river ends in a lake or ocean! Meny fish to catch by fishing, and maybe you can even fish up coral for dyes. And maybe even seaweed?

There is actually some water content planned for release pretty soon. It will be less impressive than this though, at least in the first iteration. But it would be nice with rivers, lakes and oceans at some point in the future. We will see what happens…