Too many murders in one city, pity, it could have been a wonderful city, the first murder I saw, but it was a mistake, then I went to collect things, and when I came back I saw no one, everyone died, sad… 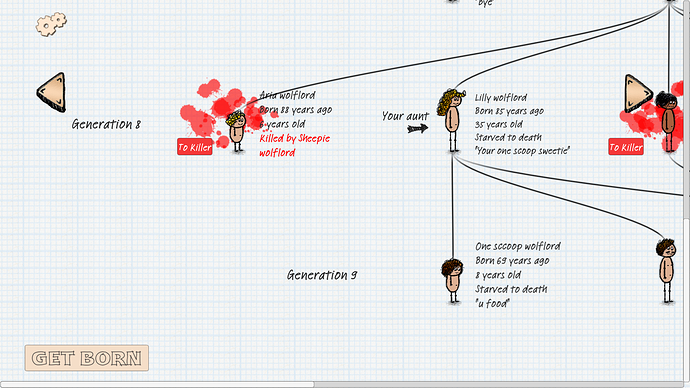 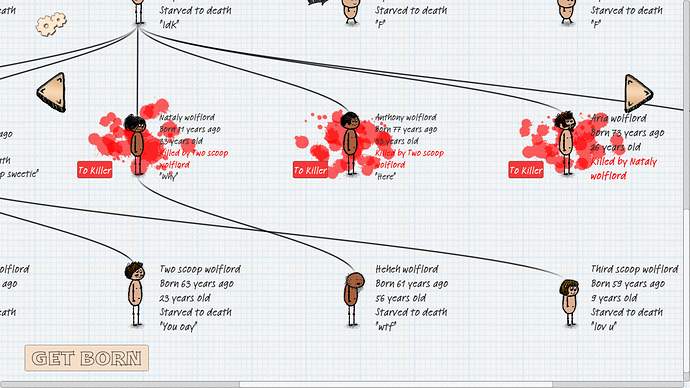 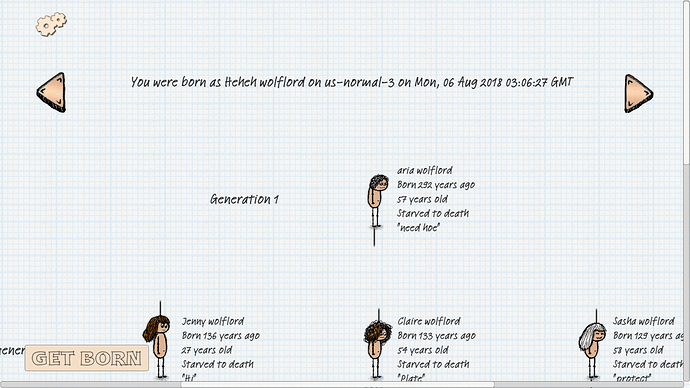 This is common here. They will not fix this problem in the time been.

I admit, 2 were mine. One was by mistake because I was passing the backpack and the other was because one of the wolflords killed aria (probably a different name there but it was aria) so I took revenge on aria’s death

P.S. there were only boys left anyway so why not end the line already.

The curse is spreading

But no-one was named tree… is bob the new curse?

He has been cursed but he is not the curse