The birth of new eve

I wonder how the birth place of each eve is determined. Today I found that a stranger eve just suddenly appeared in my village. I build
walls around so it’s really weird. She told me she was born here (inside the wall). Although I invited her to stay and we became friends afterwards, it’s really scary when some strangers just showed up at your home. (Her kids chopped down a tree I planted 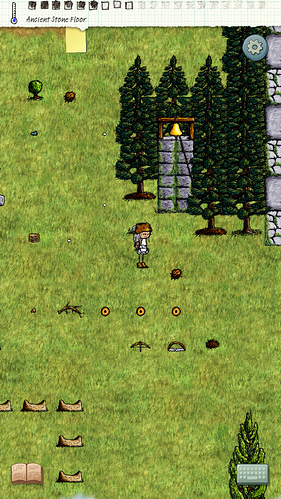 Yah the random eve spawni g is caused by a mechanic so that eves can be born in or near “dead” towns. This is a great mechanic for busy servers like the japanese servers but not so much for low population servers like eu or us. Would be nice if there was a way to creat no spawn zones where you would have to set your eve spawn inside the zone to spawn there. Itd help with keeping walled citys griefer free but would proabably need a lot of development time and now that we have solo and private severs its not a necesarry feature.

It is scary though to have a random eve spawn in your town.

You should buy a private server if you don’t want to be disrupted by strangers.

I have a 10-people private server but my friends are not premium player. So we can only play together in public server.

I own a 10-people private server but it requires all of my eves to be premium players if we wanna play at different times… So we keep our town in public server.

Oh ok yah the difreant server times is a pain.

Btw how many of you play to gether and on what server?

Now we have four eves at home (including the new one). We are on Europe server

Having issues with the two chinese griefers there?

Which ones? Do u have names maybe? I met some people who torn my town apart twice.

I dont have names theyre two chinese players one always uses the same symbol twice for their name.

Good to know. What did they do?

They break into walled citys and steal iron kill animals and rip up floors. They will aso kill eves that spawn while they are raiding. They also have a walled city that we ended up helping build because wed thought they stoped griefing but once the fellowship went to private server they started attacking citys again.

That’s so sad. I hate people ruining my city. Where is ur city I can help to rebuild it (had some experience with rebuilding

Nah ours is **** the doors were blocked by bell tower basses. Do you have discord?

I sent you a friend request

Sorry to hear that. If it’s only blocked inside, I can make you keys and open from the outside if you want.