I will say everything I experienced and tested in the one time I lived a full life in the chinese.

I could do everything just like the regular game. I managed to cycle through all of the steel tools and even grew up a sheep and got poop. 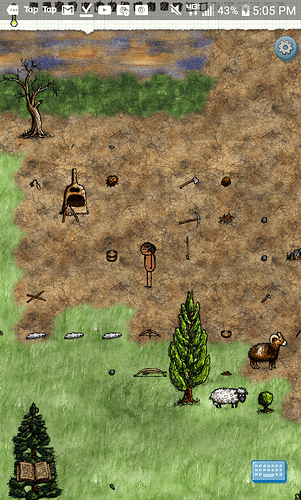 It plays exactly like the game, except its a little less updated. For example you can’t pick up stacks of plates and bowls directly in this version. Nor can you take gooseberries directly out of the bowl.

You could watch an ad for a food automatically fed to you right before you die of starvation. 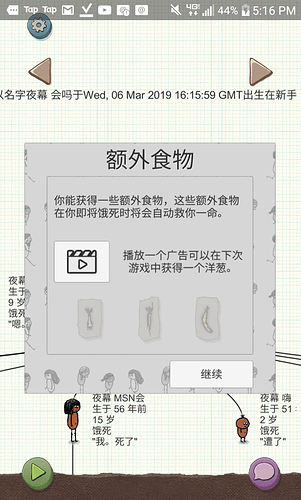 What I found alarming was the massive number of servers though. The top 4 being the event servers and then everything else below… 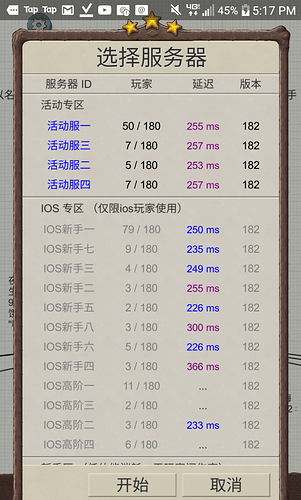 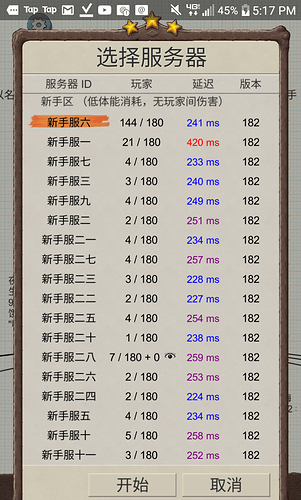 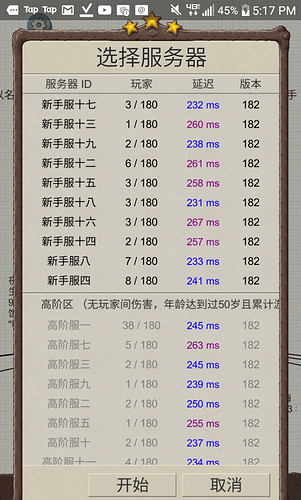 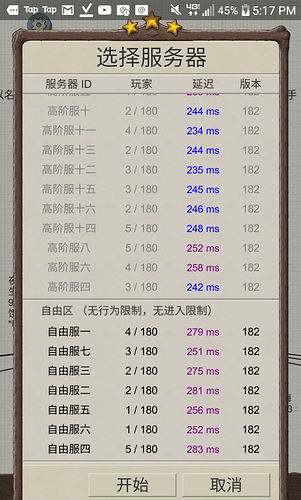 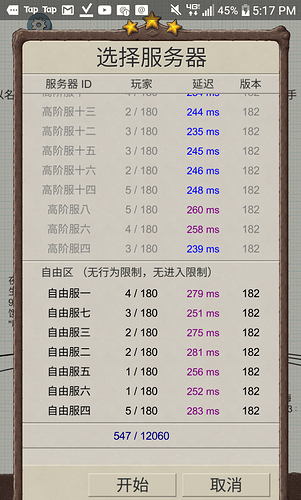 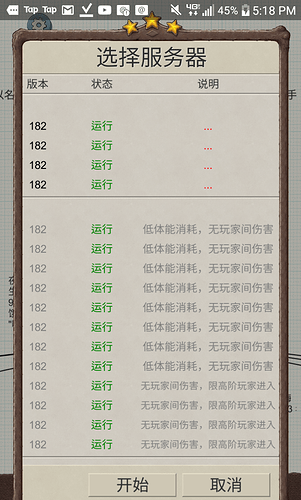 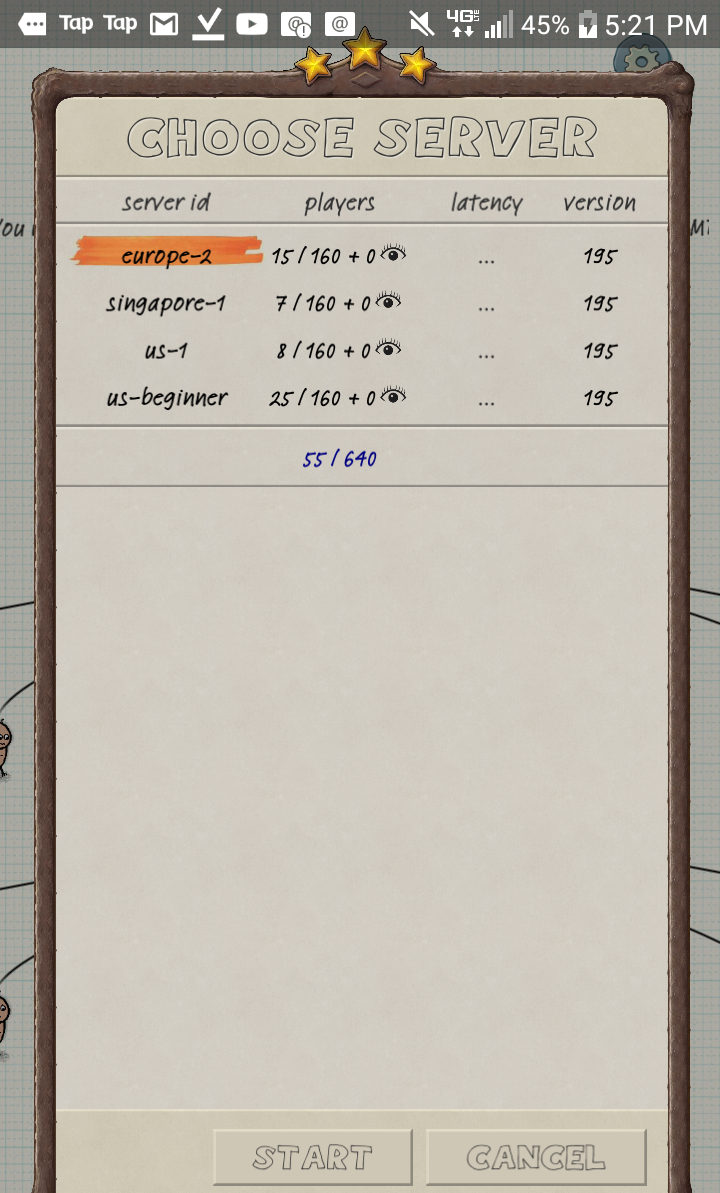 What I also found different was the app asked for permissions to pretty much everything before I would be able to play it. I don’t recall the english version asking for it.

Just like the english version it also has a forum you can click to go onto. http://forum.1hourlife.com

It also lacks anything with “family ties” or a button to purchase it.

It didn’t look like there we’re any other languages to choose from the menu. 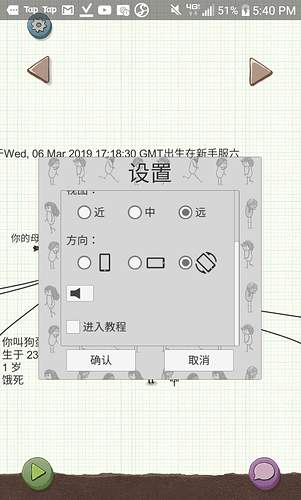 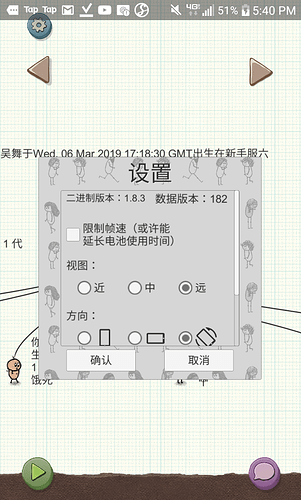 I just noticed this with more playing, there is also a banner ad at the bottom of the screen while in game.

As well there is no where to directly buy the game on taptap. It just says trial? Same for the website you can just download it.

That’s all there is too it for now. The only thing I didn’t test for was a curse button.

This looks like they copied the DualDecade game and mod it a little bit. This is getting from bad to worse.

Wow , there are more servers than us .

Oh yeah,and just to confirm where I got it from 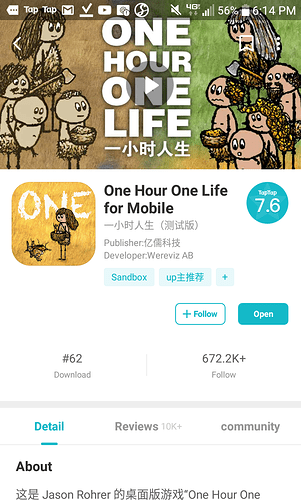 This is getting from bad to worse.

Then from worse to worst…

Yes, I found this strange as well.

It actually asked for permission to MAKE PHONE CALLS before it would let me launch it. Fortunately, I was playing it on a tablet, not a phone. But why does it need to make phone calls?

Also, the fact that it’s ad-ware is very upsetting, and also that the ad-watching is a game mechanic (to prevent starvation), and also that it softens the game.

Yes, the public domain allows for this… but still… there’s some expectation that they won’t totally trash all of my personal values (ads in my artwork, really?).

And if they’re going to trash my personal values, they better made it 100% crystal clear that this is not my official work, and that I did NOT approve of it.

Obviously, the publisher would want to maximize profits at any cost, even if the core gameplay experiences are altered or diluted.

But honestly, since the IP is in public domain, the Chinese publisher would have gotten their way even if they didn’t work with the mobile dev to create a Chinese port of a port.

I wonder if that’s what’s happening now with the blatant miscommunication between the publisher and the mobile dev. The publisher figured out that the IP is in public domain so they realized that they don’t need to report to anyone…