The duty of an eve

I’ve been thinking alot on this and how an eve can kick start civilization off properly. At first I thought the obvious, a farm. To cultivate food then domesticate sheep and start making dirt to keep supplying it. As I played more I learned the awesome power of a good pie and other cookable foods. Naturally a bakery became priority for me then. The biggest issue I’ve noticed in most civilizations (below buildings being able to be made yet) is organization and how it’s impossible to make progress without it. At first I thought “Well it’s impossible to be organized with other people, maybe it’s best to live a good distance away from each other.” As I’ve come to realize now a backpack helps immensivly to eliminate most distance walking, that type of secluded living though dosn’t help people co-operate.

Now I’m thinking. What if the duty of an eve is to not try to make and work on a farm or bakery as soon as possible, but rather craft the stations which their kin will occupy? Designating a space for clay bowl/plate making, smithing, cooking, baking, rabbit processing and farming. Eventually a pen for animals. Keeping it all relatively close together.

The main issue for the players in an early settlement is the high mortality rate due to starvation. The number one priority as an Eve, in my opinion, is to find the best location for the settlement: plenty of berry bushes and cacti.

Organization is definitely a good thing to consider, but people are too desperate staying alive in the early stages to properly lay out everything to a T. I think building a good foundation is a spot-on observation though. It would be more efficient in the long run to separate the kiln and the oven, and designating a campfire for blacksmithing so as to thwart other players from using the hot coals to cook eggs.

I do think that the best way of being the Eve is to find a good spot to create your home. Making sure that the pond is near the grassland biome and to have a lot of food and soil nearby. Also considering that the spot should have many reeds and pondsㅡ The other stuff goes next. I ever spawned to a great Japanese Eve lineage that is really successful but then the last female was killed by a bear and leaving me the last man standing.

As I’ve found out, the bowl/plate making station goes extremely well with cooking eggs. Naturally the bakery will have to be next to the rabbit processing area and carrot+wheat farm. The forge just kinda takes up a huge space in of its own, hopefully being able to diverge off next to tool storage. I think this will work out well as long as the bowfire drill and hatchet always stays a space or two from each stations forge/kiln/oven
. 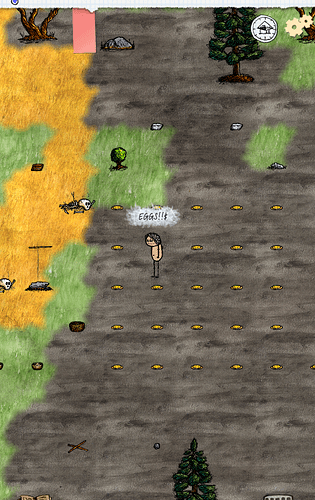