Thought this was interesting

Using rocks to show direction or home markers in a line instead of actual roads. Faster easier and low tek, rather than roads. 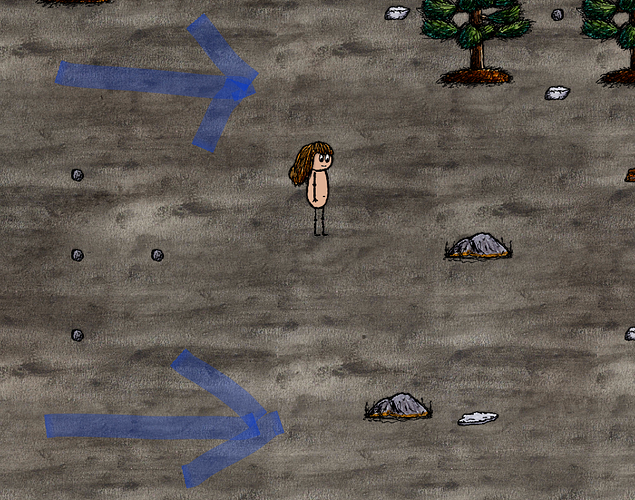 I thought of this before, but it’s quite a bit of effort, especially on biomes where there’s a rock scarcity. It might be useful if it’s just outside of a town and points to specific stuff like mines or water source. Of course, that’s only if the information is passed down through generations…

We already had try all that in the PC. The wooden floors, or the roads are the only permanent solution.

I was part of the Empire. I build the road that conectect 3 village and several camps. I build it in 6 full lives. All by my selft. Its not hard to do it. You just need to get yo the iron age and you will good to go.

Note( Back them the items din’t decay)

An empire! That sounds awesome. Did you just find the villages or were they settled from one big town? I have just written an article on how to make an empire but I did not know it had ever been done before. Did you ever get to see how this empire fell?

Yes. It fell in the grates war of all times. Soon after, Jason introduced the apocalypse update.

Then all chaos broke lose…

Stack two rocks then put one towards the direction, which tells u that it’s been artificially made