It is finally here. I had a really good set of lives recently where I had did the whole process of farming to be able to keep farming forever. What I’m hoping to accomplish with this is to show people how to start dirt production enough to keep feeding back into itself and make more.

No matter what, you should have berry bushes first before anything else. It’s not as efficient as mutton pies but thats for after everythings set up. A spot for wheat to keep being made. Wheat seeds decay fast enough that you should plant them as soon as you get them. A spot for carrots to keep being made, preferably on the edge of the village so you have space to keep the carrots without them getting in the way. Carrots and their seeds never decay after being harvested. They only decay if you leave the seeds that were just made from a carrot patch untouched in that patch, over time they will disappear. Bowls to put berries and carrots in. 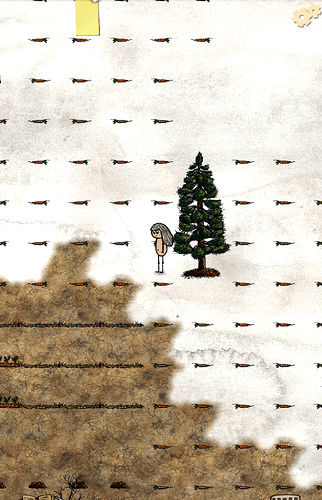 Since trash pits are no longer an option someone helped me create an ungriefable pen so that sheep can’t escape. I’ve seen a few people start making it like this.

I think a 5x5 inside area is good enough to manage sheep. To capture a sheep you have to hunt a mouflon with bow and arrow while it has a baby then use rope on the baby and bring it to the pen, dont forget to feed it. After it’s domesticated it should start making lambs. Make sure to sheer all the sheep except one. Sheered sheep don’t spawn lambs so its just easier to work around.

Now that everything is in place you can start making dirt to keep being used. Take a bowl of berries and carrot then mash it with a sharp stone and use it on straw (straw is made after using a branch on the wheat). This will start a compost pile. You can feed lambs mashed berries w/ carrots or not mashed, it dosnt matter. Just make sure to feed lambs if you want sheep dung, not sheep. Water the pile then put sheep dung on it using a shovel to have it start transforming into dirt. That’s how you maintain a village dirt wise.

Carrots should only be made at a maximum of 4x3 plot. Otherwise you run a great risk of not being able to pluck them in time before they all turn into seeds. A good rule of thumb is if you take a tool you ALWAYS put it back where you grabbed it from after your done with it, even if it’s broke just so people will know. Don’t bother moving sheeps dung after it’s made. That still uses up some shovel durability. It takes about 3 domestic gooseberry bushes per person in a village to maintain food if your just living off of that. Leaving one berry on does not help if there’s someone farming, if your the last person you should make sure all of the bushes are in good shape. Trees need to be watered at each stage if you plan on growing trees.

Next up would be baking pies now that you should have a constant supply of wheat at the base. There’s not to much to be said about baking, but there’s alot to be said about what you can cook and make. The yum bonus builds up with the more variety of foods you get so that is definitly worth while to look into. I personally have more experience in construction though so idk which to do next.

If anyone wants to make their own guide please use “Tips:” at the beginning so people have an easy time searching for it.

P.s. Try to make the gooseberry farm 8 or more tiles away from the smithy. It naturally gets a lot of traffic and if it’s right next to the smithy it can disrupt Its productivity by a lot. People naturally by accident pick up items each time they run past a smithy, the smither can’t work until that item is returned usually. It’s impossible to work at it if there’s more than one person who dosnt need to be there is in the way aswell.

Nice. I’ve made some pretty nice farms and kitchens. I might make a guide too