Auto-run on roads use a different touch gesture now: Stand on the road and do a touch-and-hold. When you release, auto-run starts. Easy, but less likely to happen by accident.

The new version will be released for both iOS and Android as soon as the Apple review is complete.

Awesome man! Excited to see the bricks and another use for wheat

I can’t wait to make some gruel! Yummy!

Good to see new items and improvements.
When do we will see the characters and items be redrawn?

Are you aching for new graphics? We are working on designing a new set of characters, but we want to put out updates regularly too, so we can’t work full time on them.
They will not be ready for some time still, but I have some concept art that I can show you, to wet your appetite… 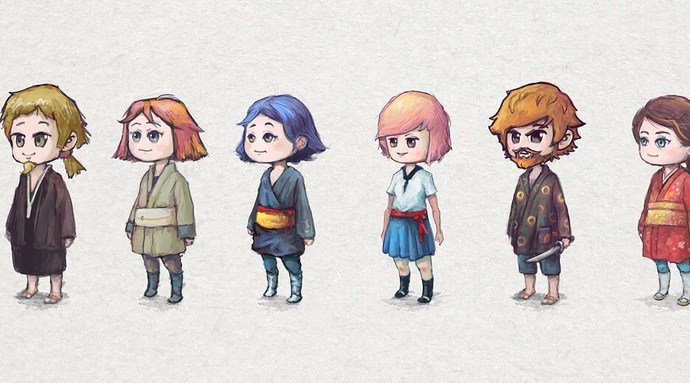 (In the game, the look would be a bit simpler, of course)

Everyone, feel free to offer feedback on the ideas for new characters, but remember that these are not finished. 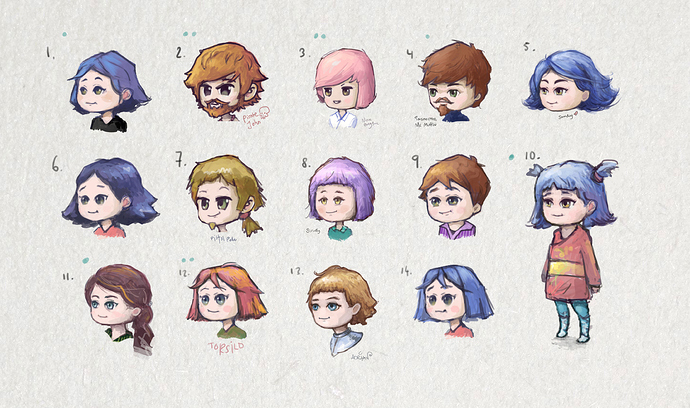 There are two kinds that i can think of off the top of my head. The ones that are thin and taper to a point that you usually see on older asian men in anime and on wizards in comics and movies. Or the full fluffy beard that they could probably hide a bottle of whiskey in if they wanted to.

The characters are too much modern and seem don’t suit nature in the raw. It’s good that they are more similar to primitive people.

I think it would be tempting to have something fantasy rather than seek a new character design.

For example, I think it would be nice to have a beastman.

I think that a civilization with people of beasts such as rabbits, squirrels, tigers, lions and alpacas is also attractive.

It may be the clothes that are too modern? In the game you start naked anyway, so if you want modern clothes you would have to explore the tech tree.

It’s a nice idea. If there is a lot of interest, maybe that’s a possible theme for a later tribe (character set)

Then human tribes would be the normal game balance while beast tribes you could learn to survive a bit difreantly by having to hunt or farm more.

Depending in how furry the character models would be to could affect temprature. For exanple if their whole body was designed to have fur then they would have better temps naturally but clothes could over heat them in normal bioms. (For balance food would have to be more restrictive) or the less furry or no fur but with some animal features then they would have no temp bonuses but instead movement speeds or food bonuses.

@Christoffer i think they were refering to the bright hair styles since they are not natural ocuring hair colours they feel a bit out of place for a strugling rebuilding civilization. Perhaps if there was a way to dye hair in the game it would feel more natural for the babys to be born with vibrant hair styles but that would require hair variants to be programed in and and various primitive hair dyeing techniques to be implemented like berry juice dyes.

Regarding the hair, the dye will be a nice solution.

Foot and hand stick. Do not change this style.
Real hair color. Blue x.
No need for eyebrows.
If your eyes don’t look like oil-based characters, I think it’s fine if you have eyes like that picture.

Beastman is a fantasy
If you want to make a reality, you should stop

The story changes, but is there a management policy for this game?

There is a management proposal when exchanging.
Please at least manage. You do not have to issue new elements.
In the meantime, prepare the whole and exchange it at one time.

No one can stop if you want to stop running.