Weekend Event: The Beast in the Labyrinth / 週末イベント「迷宮の野獣」

This will be another solo event. You will find yourself spawned in a maze (labyrinth). Some of the paths will be blocked by obstacles, which you have to figure out how to remove. There are also items lying around which you will need, but you don’t know where unless you search through the maze.

There is also a Beast somewhere in the maze. Your goal is to defeat this beast, but you will need appropriate weapons to do that. Where are those weapons? That’s for you to find out…

The event will start on Friday, March 22. Tweet screenshots (or videos) with your best time to #MazeEvent.

This event is going to be the complete opposite of beastly! 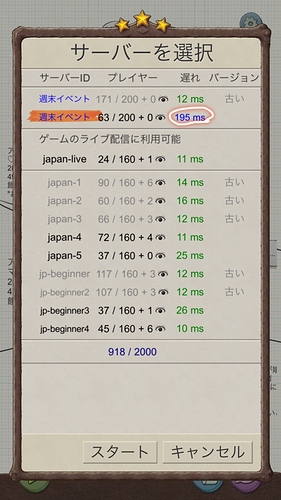 I finished it my second life.

33 minutes pass. I got the bow ready the picaxe ready. That bloody beast bite me

It would be really spinoff if the beast is actually the snakes instead of the bear. And we should spend our iron for knife instead of axe and shovel.

Keep trying, sooner or latter you will dominate that beast

I killed the bear, got the crown and the bear died in front of the door, so I couldn’t get it open. Died from old age… Ugh!

I spawned with a Japanese player, both of us were really surprised. with limited communication (I can read some Japanese but not good at typing ) we made it! She let me kill the beast while helping with moving items around and even made me a cooked goose for celebration. I thanked her in Japanese. Then she let me have the crown, we died together happily. 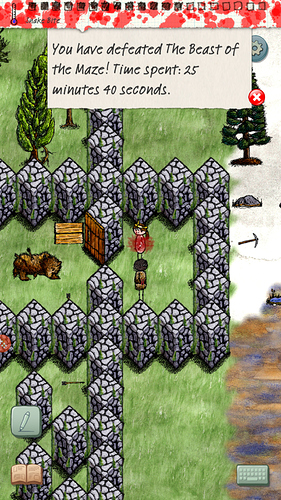 How can there’s a picaxe outside the labyrinth?

That is the miracle of this game . Tadaaa…

Theres two ways i can think of. One was that jp player had found a hole in their own dungeon do to a broken map gen escaped and lived out a full life and died of old age near her dungeon so that when they did the event again they ended up spawning inside somehow.

The second way is when ember was bit by the snake the game decided that spot was the closest availiable spot to drop the item she was holding.

They both spawned at the same time. It could be bacause some game lag, that made the server thinking that the spot was empty.

The second way is when ember was bit by the snake the game decided that spot was the closest availiable spot to drop the item she was holding. 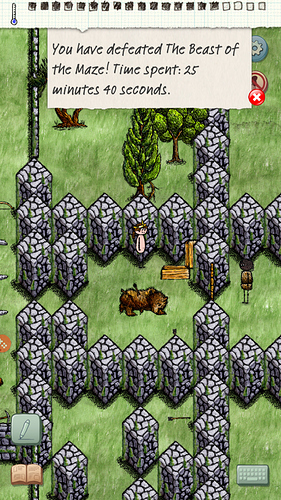 We didn’t have the pickaxe with us when going in.