What in the hell 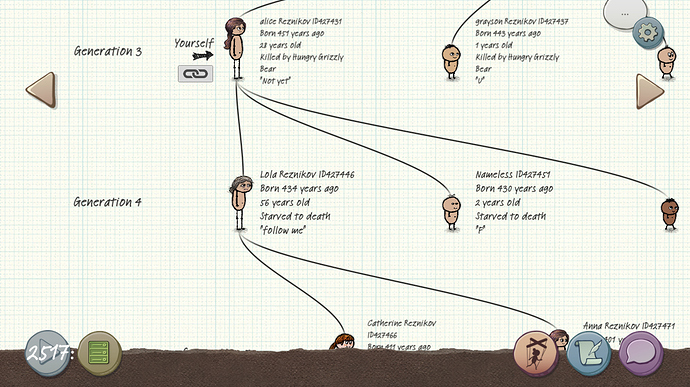 @Christoffer is this usually that much time to wait?

Hmm did you see what your b level was when you rejoined?
It looks like you recieved penalties from multiple problems.

You had multiple babies die before they were three and considering you and a lot of your close relatives died by a bear my guess is you got framed for releasing a bear. Probably by the girl you asked to bury you.

using greifer thinking i would have kept you alive for a bit to make sure you were truly afk especially if you were away from the camp. Then i would sneak a bow and arrow near the caverelease the bear and shoot it once and lead it back to you. After it got near you id start shouting that you released a bear and imeadietly banish you so people start coming over to see who got banished. Once they got there they would banish you becuase your afk standing on an item so you cant be hurt. And if they try to use the banish id on the bear it would only show that i shot it not released it.

In a panic players tend to believe the most active player over the afk or slower playing players and once you have more then one banishment the more calculating players would banish you to.

Sorry went in to to much depth about how it could happen lmao. But my point is you probably got blamed for the bear and got the max banishment points plus a few abandoning baby penaltys and it added up to a large wait time or something.

I didn’t have a ban number

now we can click on an item to see the ID of the player who did something to it, so I think ppl won’t curse someone wrong now

It can still happen with bears. If the bears brought from a far enough away and is shot at least once the bear wouldnt show the player id of the person who realsed it. I think the cave still would but if its far enough away nobodys gona find it.