Today i was born as an ginger eve in a jungle. I quickly had a son i was about to name him zander but he must have been a magician becuase as soon as i picked him up he disappeared. 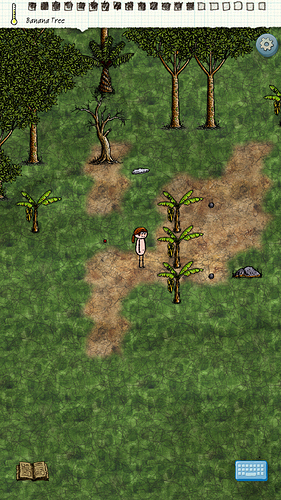 I was so terrified of losing him that i could not bear the thought of putting him down. (Couldnt). So i started to control my temperature so that i wouldnt starve to death. When he turned three he sudenly popped out of my arms and said… “That was wierd.”. Then before we could go anywhere i had a daughter i picked her up about to name her but then i got swarmed by mosquitoes!! My son was rushing to his sister to feed her bananas but he also got swarmed! All three of us were about to starve to death when i sudenly regained my strength. I scarthed down a banana shoved one down my sons throat and quickly picked up my daughter.i named her Zandra and finaly was able to name my son Zander. We began traveling to find beter lands when we got seperated from my daughter… I never saw her again… She was just a toddler. But we had to keep moving. Eventually i had another son i named him Zandraku… He was special. He couldnt speak to us nor could he move. Zander sugested we start camp where we were so we did. I had to leave zandraku at the camp becuase he was to large to carry anymore (4 years old). I traveld far south and found an abandoned camp. It wasnt much better than what we had up north so i grabed an old rickety basket and filled it with tools to start a fire. When i reached the camp zandraku had passed away in the three years i had been gone. I told Zander of the camp south and he said we should go. Suddenly i gave birth to a beautiful baby girl. I named her Zandra after her sister she never met. She must have been a magician to cus she flew right out of my hands!! 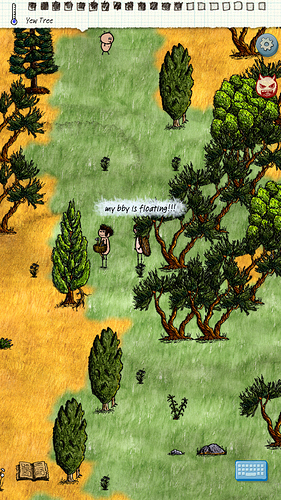 When we reached the abandoned camp my son asked me to start a farm while he went out to get a rabbit. I was thirty nine when i realised i was starving and that there was no more food left around the camp i grabed a sharp stone and rushed into the plaines in search of any edible plants but alas i found none. And so ended my short but enjoyable life.

Sorry to those i played with. I didnt have my wifi on so i was lagging and glitch like crazy. Still it was an enjoyable adventure <3