At last! My first proper mega urban experience on mobile one hour one life. And not just any city; it was Kapugen, the current Capitol of the Fellowship meta civilisation, perhaps the largest regularly inhabitanted settlement on Europe 2 and about as far up the tech tree as you can get before things start looking a tad utopian.
But anyways. I was not born in Kapugen. Instead I was the last surviving son of my mother, who named my Jonas. We were in a semi advanced settlement. However the two of us were the last two survivors and my mum had just turned 40. Therefore when I saw the Fellowship ring the bell in the big city both of us were pretty happy with getting together our gear and migrating to the big town. That we did and fortunately the city was not so far away. We made it to Kapugen in less than 5 years of trekking, and when we got there our humble rural souls were in awe. They had fancy mechanism thingies, roads and whatnot. We had barely gotten sheep back in the country, and even those ended up escaping. Soon we settled into our life in Kapugen, with me starting out as a farmer in the prime of his life. However when my mother died I took some time out to bury her as she requested, behind the hospital with her own marked grave. I paid my respects to Kyom for her, picked a rose by the shrine and placed it on her grave, before getting back to work.
Mainly I worked at the sheep pen, however as life went on I became more interested in the wheat farm which I tended and used to make some compost and a ream of straw hats for everybody. My own straw hat however was my mothers, and had come from afar. In fact my entire set of clothing I owed to my mother, and for that I thank her. This family line lasted 10 Generations without a name, but it was one of the first lives I’ve been in where my mother was prepared to properly clothe me when I came into the world.
So I laid down to die. I was happy that I had been useful and how I buried my mother in the end. Jonas had become an urbanite, a farmer and a clothier. It just goes to show what urbanisation can do to you.
Some day, who knows. Maybe the Fellowship will use the coming planes update to expand its influence throughout the whole server until no desolate village worth its salt hasn’t had some contact with the overall world government.
Anyways, here’s a few snapshots. 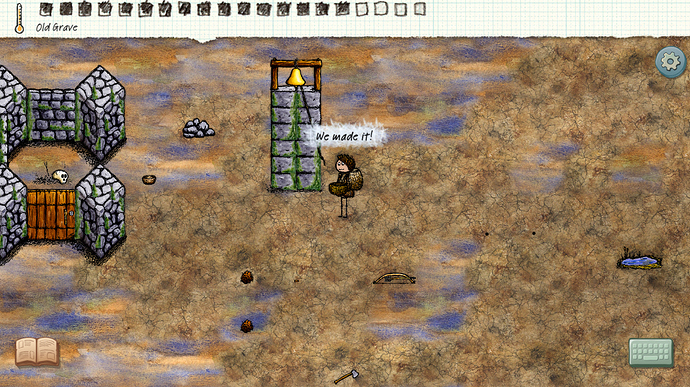 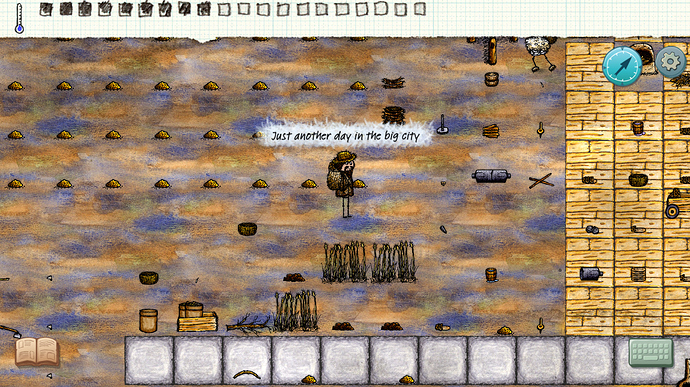 i did build the road to the east end

and also the berry farm at the east end. i was pretty amazed that people did build a house there and also a huge forestry. theres also a path leading up north to an other small village.

I love the new hospital btw :))

I like it i even saved 2 lives with it

I built a building a while ago that is now the city hospital (I originally built it for no reason, hoping the other Fellowship members would make good use out of it). It feels so proud of myself for making such a major contribution!

Look for the grave behind it and you’ll see me old ma XD. Thanks for building the hospital. She liked it so much she asked to be buried behind it.

… oh wait hang on. That’s the wrong building! I buried her behind the wrong one.
Sorry ma, my mistake. At least it’s behind a building and near ish to the hospital.

Ah thats my house and forestry.

I plan on turning the new belltower im building above it into a monument of sorts. I want to suround it with all three rose bush types and to build three more forestrys in the cardinal derections with the bell tower being the center piece.

gj @mandrake! i did finish also the road to the left of the forestry and did put the third row on the belltower in front of the house.

And now the chinese or japanesse own the town…

Idk why there on eu servers

Nice story green i actually welcomed you and your mom to thé city.your mother Came back as a baby, then i spawned as her baby and i buried her right next to her old Grave like she requested. She also talked about her son (you) before she died. You are buried there to

Wow, thanks for burying me. I don’t think I’ve ever actually been buried before besides my bones just being left in a pile in some mass community grave or other, unless it was just left there of course. Although then again it’s not like I would usually know if I was buried after I died or not.

oh wow the road up north is endless. who did built that huge part? when you get a child on that road its 3 years old till u reach the town

i did also connect the two pieces of the road and built some fences for horses inbetween. now you can walk all the way on roads. your bell towers are almost finished.

nice to see this place still exists. but hey! who did eat all my berries

It was when we got griefed lol. Most of the farms got destroyed.

Lol, I had built that hospital. It was my life’s work. Too bad it was destroyed