It’s quite funny stories.
I was the first daughter of eve. I see boar around our house but because we don’t have anything so i focusing myself on making a farm instead of killing the boar. Later my sister born and when she old enough, she’s trying to make bow. She asked me “where’s string?” but I was afraid that she’s a griever so i told her “we don’t have yet”. Just something to waste her time a little bit. Meanwhile i make my own bow and arrow just for protection. I hid it.

Someone took my basket so i went to make new one. I see my sister running towards me with the bow and arrow so i ran in panic. I thought she’s going to kill me. A boar came out of nowhere and i run toward it. It bit me. My sister then later kill the boar for me. 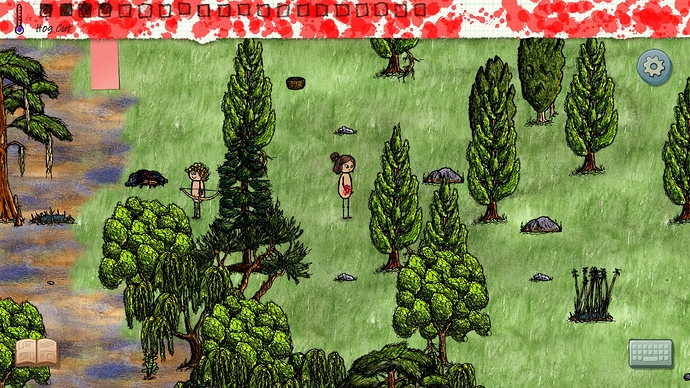 My experiance is if they specifically ask where string is they most likely arnt a griefer. For example if i wanted to kill of people in my camp i wouldnt let even have an idea i was making a bow and arrow.

Btw if you do have someone trying to shoot you stay away from wild animals its better to just either run from them or Constantly run around them untill they try to shoot then take the arrow or to run and grab your own bow and enter an archer duel.

As long as you dont stop moving its almost impossible for them to hit you with the arrow. Same thing with knifes.

Not all hunters are griefers.

Exactly. If they were a griefer youd never see them making the bow or the arrows. They would make it in another biom then sneak it back as soon as they can shoot it.