First live of the day, I got murder 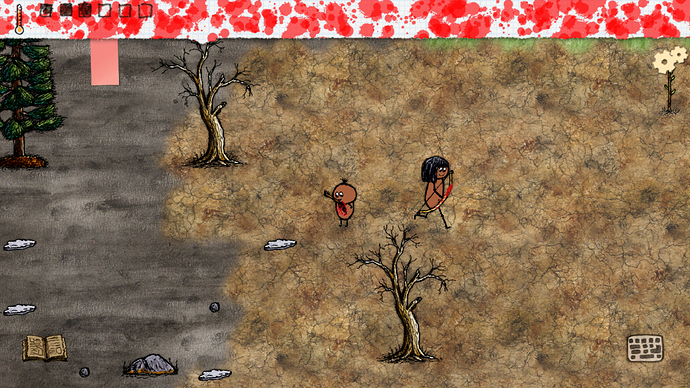 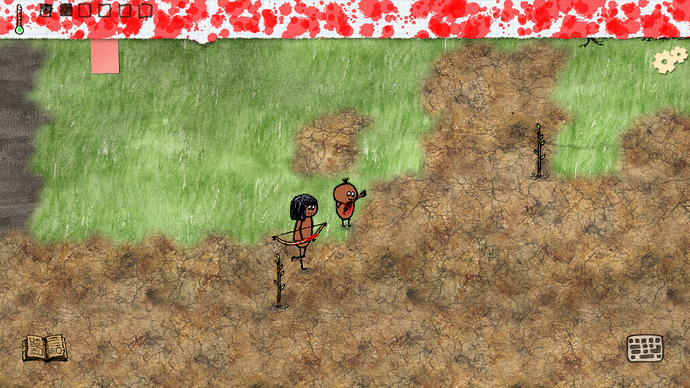 Yeah, sooo sorry!!! I simply did that out of sheer curiosity and confusion. I didn’t know how to use the bow and thought the bow only worked on animals and such and I wanted to see if it was true. My theory was wrong, and I didn’t think there was murder but there is. I apologize for my mistake and I don’t know what I can do to help but I don’t want to leave the building of a mobile version of probably the best game I played in a while. I see my mistakes and will never do that again

That is pure bullsh¡#. You told me to follow you so you coud carry your bow. You brought me to a freshly kill goat. You grab the bloody arow from the body. I know what was coming next, so I run away. You chase me, and shot me in cold blood. Them you tried to run away from me. You died 5 minute later from starvation. You don’t deserve to be here, and this topic is getting out of hands.

That my last decision. This cases should be brought to the developers and put a law in the Betta App…

You kill without a reason, you get banned. Thats it…

If you knew anything you would realise that this is a beta test. As said elsewhere if we dont allow ourselves the opportunity to advance in the game then we won’t get to test it all - which is the point of this release.

Just because you don’t understand this doesn’t mean you should think Sylar is an idiot for not playing wanting people to kill him.

He is one of the most active players and posters on the forum so he is doing the job he signed up for.

However I think most people just signed up for a “free game” and have realised how much harder it is then the few you tubers that play it may show it to be and stopped playing - again defeating the purpose. So no - there isn’t 100 players on each OS. There is hardly 5 on across all the servers at any one time

Firstly, I actually didn’t call the guy an idiot although I can see why you might think that.

A noob Eve killing her baby isn’t going to hinder an actual attempt at progressing to later stages. Asking to have someone banned for that is childish at best.

Also, the game isn’t very hard. In fact it is extremely simple as games go. What can make the game difficult (and enjoyable) is the dynamic of working with strangers of differing ability. Have some patience with folk and realise we aren’t all fully qualified professional beta testers like yourself.

And if being killed upsets you so much, Im sorry club penguin is shutdown but there is probably other non pvp games out there.

Yes - once you get the hang of it then the game isn’t hard. But those first times as an eve or a toddler with almost no hunger bar is tough for anyone who has just started.

The point is that this isn’t the game being given is to ‘enjoy’ as the primary reason we have it available to us - being an awesome game to play is a bonus. Indie games like this rely on beta testing from the public to fine tune them so they can be launched cleanly and not be then snowed under by angry customers who have paid for their experience and expect a fine tuned game.

None of what you said argues the point that griefers are interrupting the process to the detriment of the game itself.

Telling people to essentially “harden up” might work for when the game is released because as you essentially said, it is part of the gameplay. But it’s against what you were asked to do with the opportunity given to you to play this for free in beta.

(Sorry - the implication of “idiot” came from your withdrawn comment)

Okay so I’ve had a similar issue with another player so I’m not going to get into it too heavily, yes it can be douchey for players to kill each other whilst we’re still trying to test the game. Is it a bannable offence? No.
However the language displayed in this topic of the forum is pretty appalling… this game is designed to be available to people of all ages including children and seeing as the forum and game are integral to each other, the forum also needs to be appropriate for people of all ages, so I must politely ask you to refrain from using profanity in the future, it creates unnecessary and ugly hostility and this is NOT the place for that.

If you have issues with players directly I must ask you take it to private message or off the forum completely (preferably discord or some other communications platform.
Deal with any personal issues you have with each other, privately and try to keep the hostility away from the public eye

That’s a fair point and not something I disagree with. What got me riled was the way in which the new player was spoken to. I dont think he meant to do it. Dont see why he’d be so apologetic and open about it otherwise. Even if he may have done it intentionally, did it really cause any more harm than not picking the baby up? Either way, he certainly didn’t deserve the backlash regardless. I try to be a good beta tester and help others but I’m not perfect. I’ve had to learn a lot while testing and I guess I’m just a bit empathetic towards those who are doing the same.

I have over 250 hours of gameplay in the PC version. I know about this betta in the OHOL Main forum. I came here to test the game and report the errors. Killing is part of the game and Jason made it clear that he will not remove it. I personally have been kill several times. I was even in two wars.
I get all that.

We have been seeing more and more grifers everyday in this Betta. This is not the first post about it. This is not new.
What got me mad is that you did it in cold blood, and 100% intentional. If you wanted to kill someone for watever reason, just tell him. I will understand what you wanted to do. Maybe I run away, maybe I stand still…

Never forget one thing: Behind every character, there is a human been.

You will be the one telling the story if this was made the other way around.

Ok, first of all, I found the goat, and it wasn’t mine. Second, I was following you so I could see if you could shoot others which suprisingly, you can. I also told you to follow me so I could maybe grab a sharp stone for the journey because we were new rocky areas and I just so happen to find a bow and I got curious, and you know what happens after that…

Yes. My anger wasn’t only against you. I was angry because all the murders in the betta…

We are cool men. Lest keep having babys. I see you on OHOL…

Lest keep having babys.

I get it but that sounds so wrong lol

Murder is realistic though lol.People do kill one another just because

This issues happened during the betta testing. We were supposed to developed in technology at the maximum level posible. This was a big challenge even without the killers, now imagine if every time you play you got kill by a jackass.

The problem was clear, and apologies were accepted. Now the game finally release, so the war can begin.

The problem was clear, and apologies were accepted. Now the game finally release, so the war can begin

I could not agree more. I played nice during the beta testing, except one time early on while testing the functionality of the bow and knife. Now that the release is here, I will not hold back. I declare war on all servers. 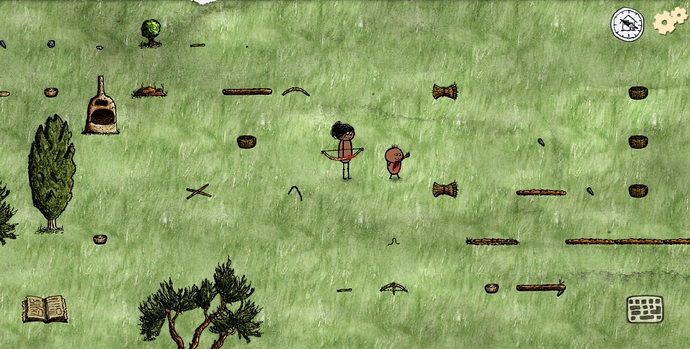 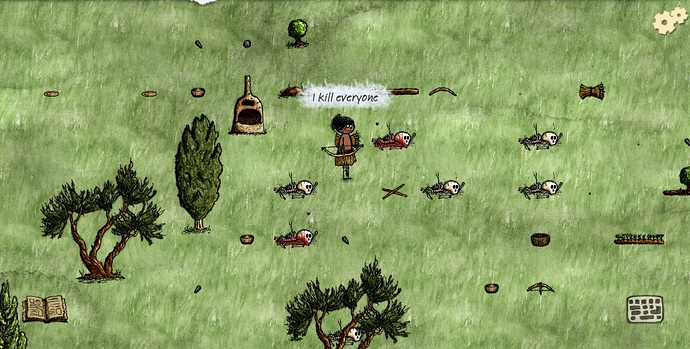 Wow, it’s already kicking off. Curious to see the reaction of a mass culling in a Japanese server with peak player base would be like… I wonder how they’ll deal with it… Paranoia and disillusionment like the desktop community?

To be honest, I hope no one will do that for another couple of weeks. I’m afraid it could stop the success over there.