So I started a town, and slowly building it by myself and my friends. And I believed enough to take a risk with a boy. I named him Josh.
So Josh went on to help me, and he started planting the soil for my farm.
I was getting old and my time was near, so I stopped him long enough to tell him this.
“Keep up the carrots,” I said. “Keep them going and only let one seed at a time.”
Well ten minutes later I wanted to check up on him, and I found this. 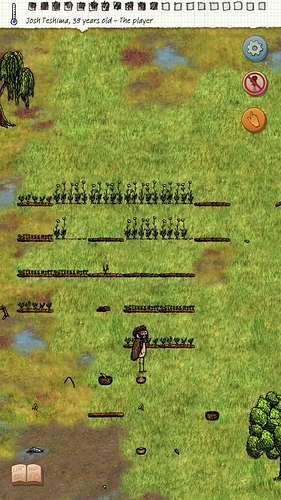 At least he didn’t pick them all