I was born to an Eve who named me Batman Tia and told me she found her camp. It was in an awful location but I felt sorry for her when she asked if I could build her a fire to make omelettes, so as soon as I could pick things up I went to work.

I built her a fire and began organizing and chopping kindling and firewood, making baskets, tending the berry farm and eventually making a little carrot and milkweed farm.

I had a single surviving brother named Vale Tia who was amazing to watch. We never exchanged a word, and even though we knew we had no more females we both kept working silently.

He improved that outpost tremendously, making tools and roads, doing everything at once. It was a pleasure to see someone trying so hard! I watched him in observation mode after my death. He sang to himself “Lonely! I’m so lonely!”

Thank you Vale, you renewed my faith. Here is Vale right before he passed. 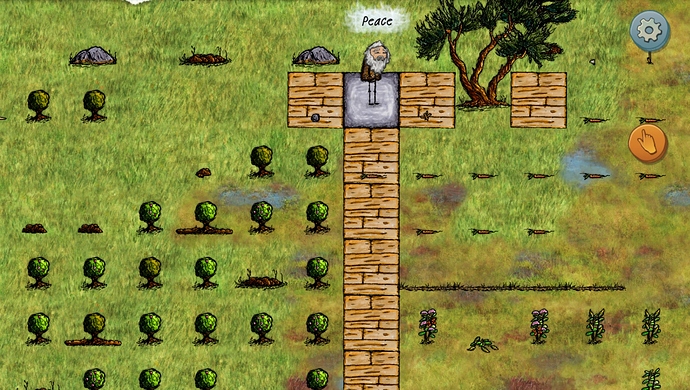 What a nice guy!