I got on last night and i was banned

So, ive just made this account because i got on last night and found out i had been banished for one hour, and theres a -b2 by my id in red. I dont know what happened the only thing i can think is i let my friends kid play the game to see of they wanted it themselves, and they must have done something to upset some people, if so, is there any way to get rid of the -b2 thing in my name?

Hello, welcome to the forum.

If you go play nicely and don’t get banned again the B count will decrease. But it might take awhile .

which servers do you play on? and where played your friends kid?

i hope you will loose b2 quickly.

I always play on us beginner, but the kid wanted solo play after watching me play a game, i had to switch back from the no child server, i hate solo play personally. I like building new towns and raising families.

the no kids server is a bit hard on banning each other. i hope you will lose b2 soon.

Me too… Ive been killed by multiple moms because of this ban. 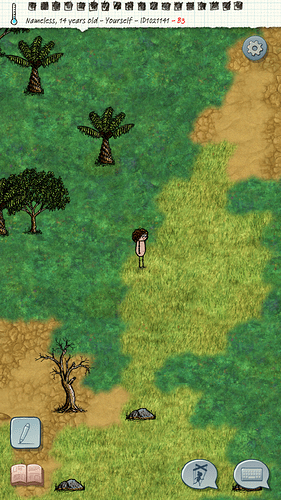 Someone please make it stop

This really sucks people are still pisssed over whatever that stupid brat did on my account and im suffering for it. ITS NOT FAIR

How are people still banning me? I have been nothing but good on this game

Can someone please help me

If people are just gonna keep making my game uplayable im just gonna get rid of the game, there’s no fun in playing a game i cant even play.
Like i said, i hate solo play and this ban is forcing solo play on me.

Okay, this is clearly a serious problem (which could get worse as time goes on). I really hope the developers do something ASAP.

idk if this is possible…or at all even a thing…is there a way for an admin or mod to review footage in case stuff like this happens? then either keep the ban or be able to erase it?

Second you can send in a bug report that maybe Christoffer will help you remove your banish point.

Join the You are Hope, official discord Discord Server!

Check out the You are Hope, official discord community on Discord - hang out with 573 other members and enjoy free voice and text chat.

Also please understand that you do have responsibility over you own accounts ( no matter game account, banks account, or real life identifications)

Like if you let a friend use you car, they get into a hit and run, there is a possibility that you’ll have responsibilities too. Especially if it can’t be proven that it was the person that borrowed your car/ account that did it. So please be careful about these things. This is more as an reminder so this won’t happen again.

) so if you want to let other people’s kids experience the game renting a 7 day solo server or using the tutorial room might be more safe. Also maybe guiding the person yourself might be a good option.

Idk though I had a -b2 baby some time ago and I didn’t kill them but yeah different people different opinions, anyways good luck on it! ): Hope someone reduces it for you if it’s not reduced by now