Killed by my own sister

I was born on the 16th of July 2018 at 15:18 as Hope Chanel. My mom was called Kana Chanel and she was a pretty nice mom too. She gave me the task of farming, which I happily did for a while untill I got children myself. I named my first born Anna, my second born Elsa and my third child Jane. It was a nice day when my little sister “can you heut Chanel” put down her bow and arrow on the ground. I inspected her arrow which she got really mad about and she decided that my punishment for taking her arrow, was to shoot me with the very same arrow I inspected seconds before. She shot me infront of my third child Jane (she was very shocked about it) and as Jane was literally just 2 years old, I couldnt feed her anymore and as a result, Jane died. As I was about to die I gave birth to my 4th child, but was unable to name her because I was literally on my deathbed. Well that was the story of Hope Chanel. I hope you guys enjoyed reading about my very short life and I hope to play with you guys one time.

I was your mom

Great to see you again 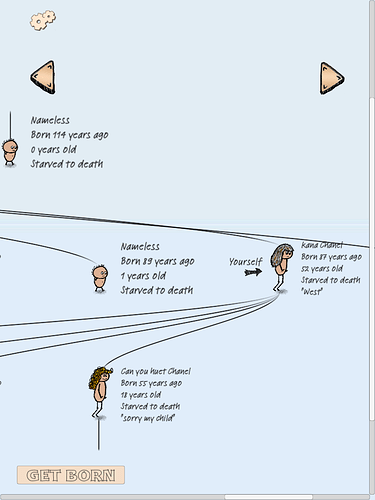 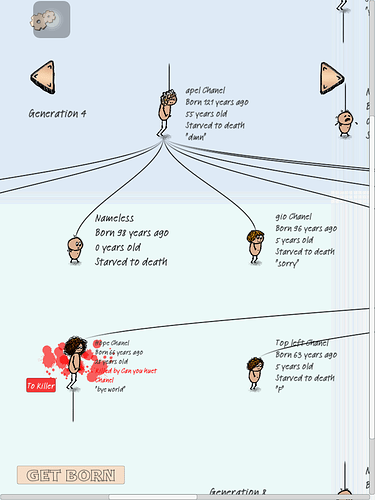 I hate griffers. I remember the time that I was kill around 2 times in a day on the PC.

This is a true story.
One time a ramdom Eve apear to our village. She had 2 son with her. The olther one grab a knife that we had for the sheeps, he put it in a back pack, and went to the farm. I was playing as a farmer that day and I hade allot of carrots. This guy stood next to me and say: “Hello”. I stop to say hello back and he pull the knife out. I panick, before I press enter, he stab me to death. I got really mad.

I respawnd in the same village again and the rage was in progress. I witnessed the whole murder before I starved to death.
Back in that time, you could kill ■■■ meny people you want. No slowing, no blod, no sound, nothing. The griffers were unstoppable.

I took a 5 minutes brake to digest what I just witnessed, and I jump right back to the game. I spown in the village of the East. Evryone inthere were unaware of what just happened in the village of the west.
I had a brother that askme how to make an arrow. I ask him why, and he told me what happened on the west village. He was one of my relatives in the past live. We grow older together and I start smeething. I made myself a knife and 4 more for the ocation.

Sooner or latter, my uncle saw how many knife I got and he got scared and started screaming “Killer, kille, killer” everywhere. Me and my brother explained to everyone what we just witnessed in the past life. Before they agreed to our plan, one old man came running with a cart full of carrot screeming “Murders”
This old man told everyone what happend too, and without hesitation everyone strat screaming.

And this is how the War of the North started.

To be continued if the you guys liked…

Note: I was the man ho build the road that conected 3 villages and 2 camps. All that in 6 lives. I knew were all the villages were around. ( In that area ofcurse)

My language is spanish. Sorry for the grammar.

@dragonfruit The graphics you posted don’t look like they should. I’m guessing you are playing on an older, unsupported device? Could you let us know device type and iOS version number, please? Thanks.

That makes sense. That device is too old to support all shaders we use. You should expect issues with the graphics and animations.

Oh wow it has been 18 days since that? madness
I have something to confess. I was can you huet Chanel and it was true that I worked hard on making that shovel, even if forging takes away 40 years of life.
I was very mad for my ridiculous name and I was so jealous of your name…
And I don’t like hunting anyways

@SylarUchiha
Are you gonna write a book?
Looking forward to buy it

Sorry I just hated you too much with your disgusting fancy names. Yes Gen500 is my alt 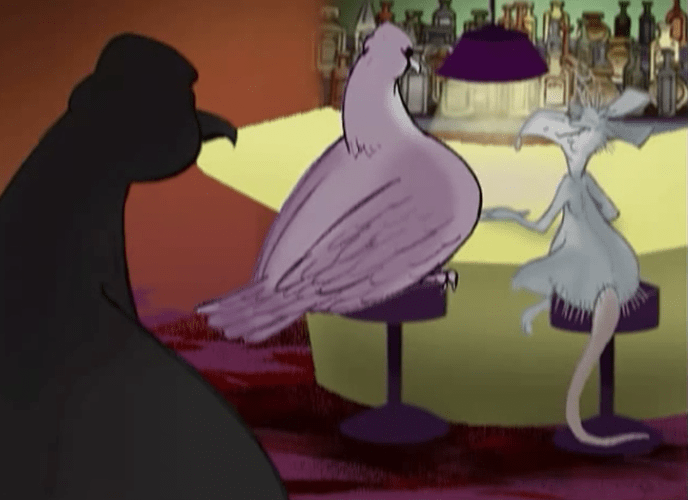