My own personal kingdom (sg server)

So today I had quite a run!

I started as an eve and quickly found an old starting spot which I was almost sure I had been the first to settle, and subsequently had developed a few days ago (where I found a lone mother making some delicious stew - and I had lived my life getting ready to make some tools but was interrupted by a newborn wanting to learn how to make fire)

I was so delighted as everything hadn’t been touched and there was enough berries around to keep me going for a whole life. Even my old clothes and backpack were there to use!! 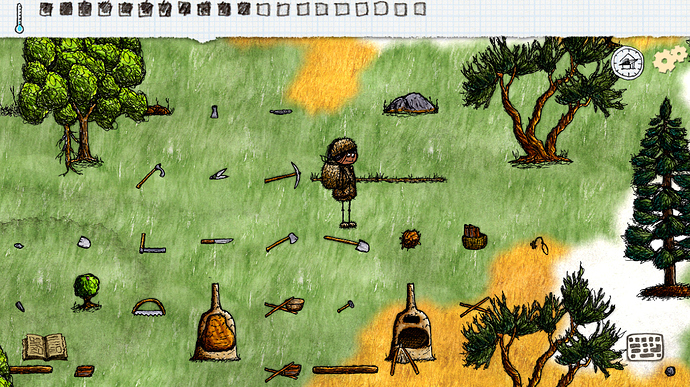 And there it was - all the metal tools in the game completed. Including a knife which I quickly hid behind a large tree (just in case)

And after all the tools were done in one lifetime I was content to leave it for the next eve to find and settle her family with a head start in life… but after 2 respawns close by I finally found my home again and got to the next project.

What next??? Well I had the tools so why not make that sheep pen. I needed to get some clothes ready for the next generation so a ball of yarn would be amazing… and I was hankering for some delicious mutton pie. I quick check on the wiki, and determined to do it properly with fences I went out scouting for a hundred or so straight long branches. 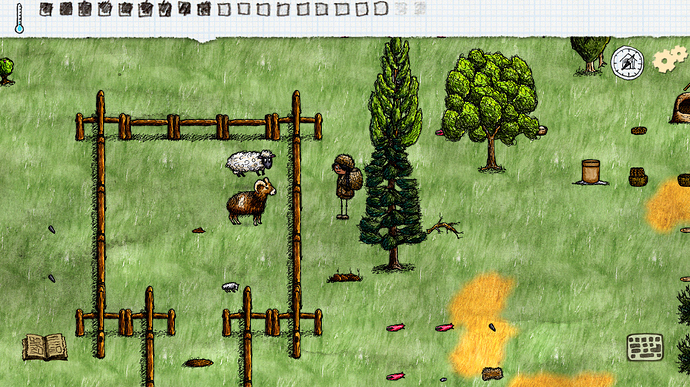 During construction I did pass away… but now I found that each reincarnation as an eve found me spawning on my old home marker directly!! And so it went for another life

I Had the sheep and the knife… so mutton pie it was! 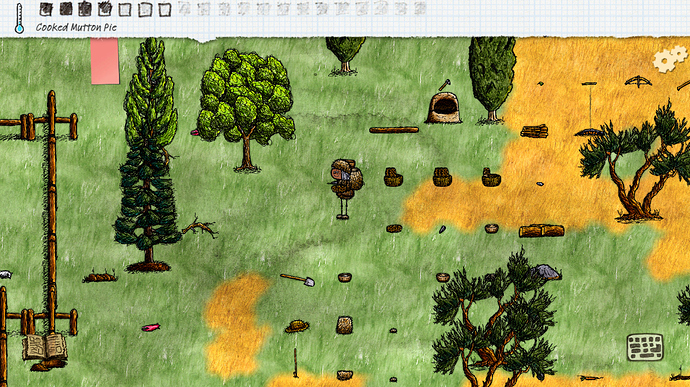 I now had a bustling farm going. But didn’t know what next. I knew the cart breaks after a while so I initially hadn’t started with that but thought… “ I really have a lot of rabbit meat here and need ALOT more plates”. So gave in and made a cart to make up 4 fresh baskets and carry all the clay I could from the adjacent swamp. (And how I wish I had used it for making the sheep pen!!!) 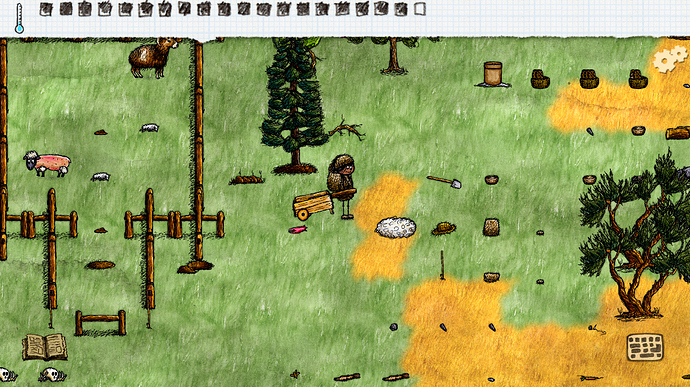 Well I had the cart - so moving a dozen or so rocks seemed like a breeze. And after emptying the pond, digging down deep with my shiny new shovel; there was my first well! 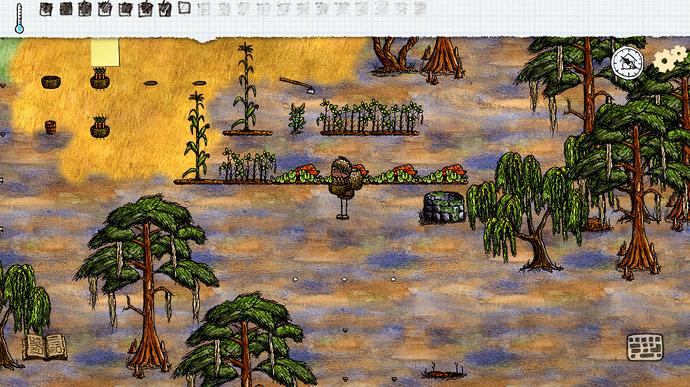 So what next. Well the whole time with all my clothes on I only had my temp meter running on turquois — maybe a wolf hat will put it over the edge!!! And hunter I became. Though change my temp rating it did not 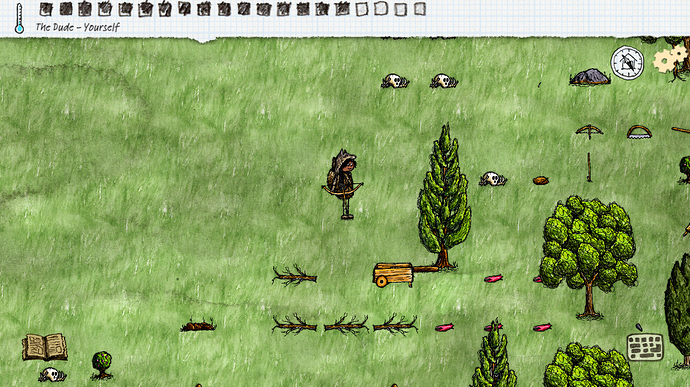 And I thought - this is amazing!!! All I need is some babies to share it with

And no sooner was I blessed with 2 bundles of joy. I gave them the tour and put on the clothes I had made for them earlier! 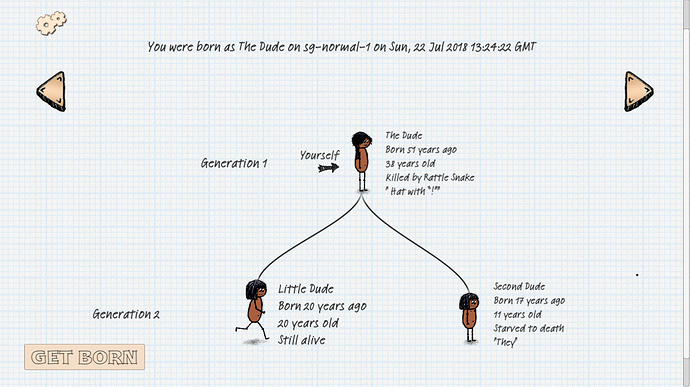 Though alas after making sure they were healthy and ready for the world I came across a sneaky rattle snake.

I thought perhaps I could be reincarnated as thier child… but after a few spawns as abandoned babies of eves i thought it was not to be.

But… to my delight a new eve had found my settlement and I was her new Bub. She raised me and clothed me. I however found the beautiful paradise cleared by logging - which had unveiled my knife and arrow I kept hidden. And my children had come to grief. 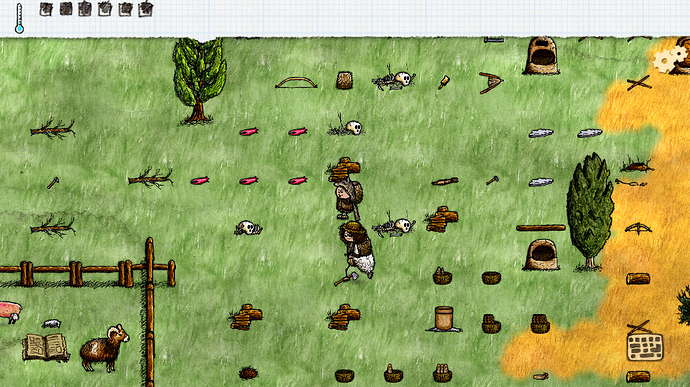 But I was determined to rebuild and I put their bones to rest.

I thought - this place could be a safe haven for all!!! I could build a bell tower! But then - my mother thought me too ambitious and I was mortally wounded with the arrow I had made so long ago! 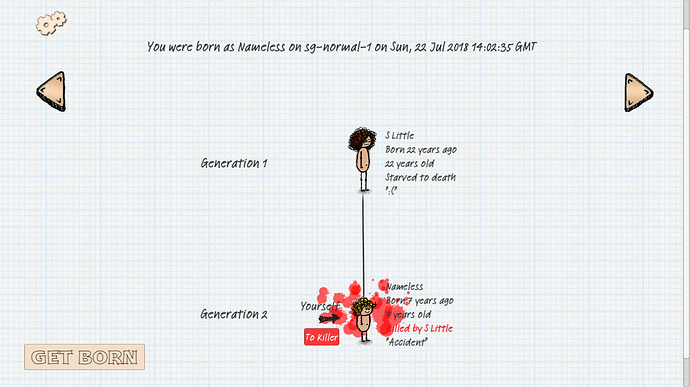 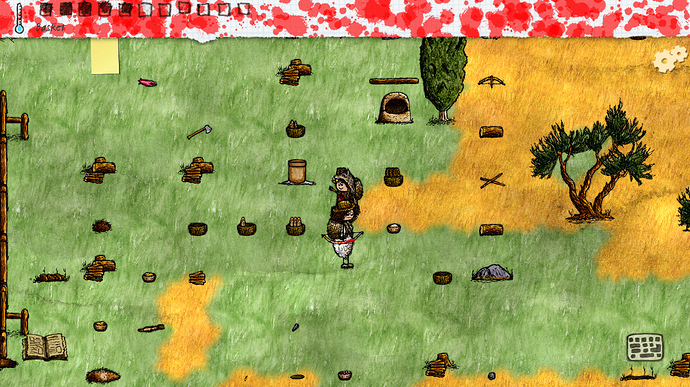 And so I was left alone again. Wondering the plains as a new eve never to find my home again

A life story spanning centuries. That is amazing!
Love the images too.

Posts like these make me feel that all the hard work is really worth it. Thanks!

Can I steal this and use it for some kind of marketing material? (Assuming I find the appropriate place to post it where potential players would see it)

Yeah definitely. Just make sure you edit any grammar errors.

I was taking pictures to put some of the random posts of other peoples progress but then realised it was an epic tale that had to be told. With I had a few of things like killing the wolf or when I had my 2 kids at the base.

Sir, your town helped me and my sister to survive, while I was out and about looking for IRon, I found a dead sheep and I knew there was advanced civilisation near by, kept going arounf thinking it must be a Greenland everyone starts in greenland then there it was your town and all the smithy stuff in perfect shape I killed a bear to decorate the town with a rug, but close to it I died of old age and never finished the job.
Hats off for the AWESOME smithy place.

I loved this story, it brings more but that’s the name of the server

I had found a little upstart settlement to the north of where I was. It helped me get my bearings to find home a few times when I didn’t spawn on the exact spot

I was born into a settlement due west from there. I was farming and my sister was searching for milkweed. She came back one day with clothes, pies and a cart. I was amazed because we hadn’t even built an oven yet. She told me to follow her and she lead me to that village. We each had a daughter, although mine starved because she took too long to say “F”. My niece died from a wolf. Me and my sister died together from old age above the sheep pen.

I haven’t been there for a while but have started a new settlement elsewhere which is just finishing the smithing stage. Need a cart and then a sheep pen and will basically be where I left the last one

Thought I would do an update

Started a new kingdom on the sg server.
Had a few visitors help out but otherwise set this one up. Anyone is welcome to join me 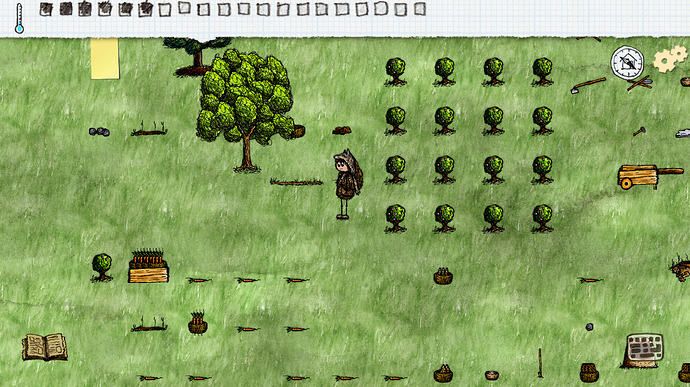 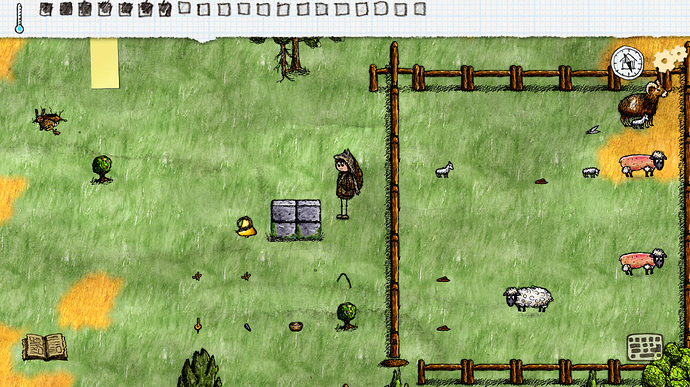 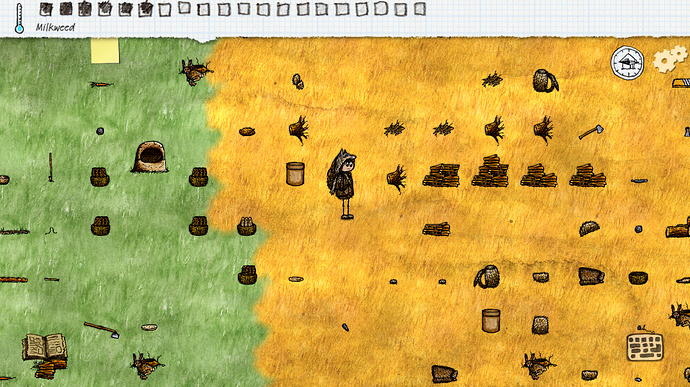 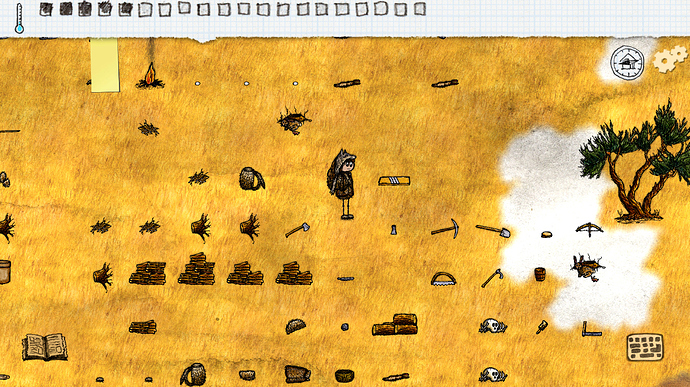 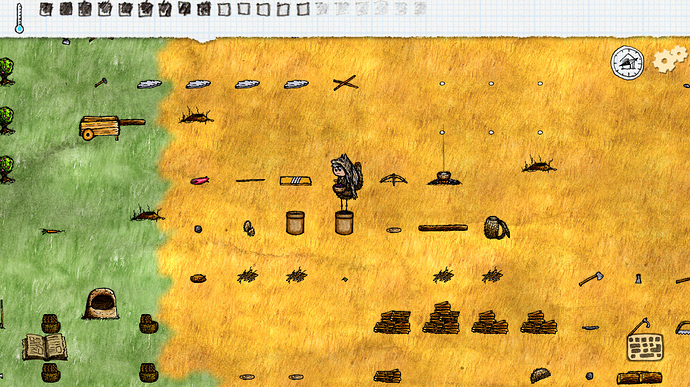 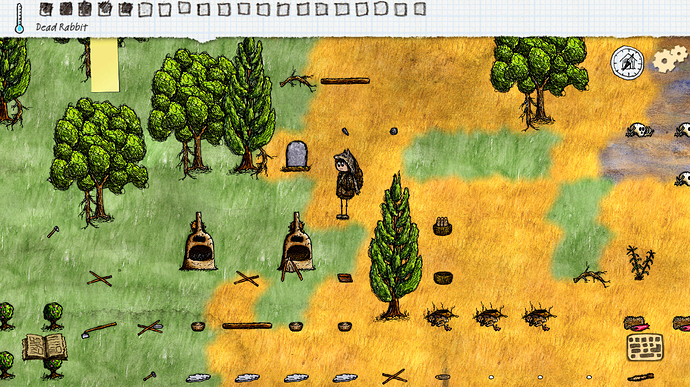 Well on the way to make the sg server’s first town bell! (Searched far and wide for that gold)

And finished the first pot of fermented sauerkraut. Only got one serving down before my time was up. But is definitely an easy cook once you have the kraut board and a icehole nearby.

(And yes I do know that playing with others is the point of this community based game - but looking to try out all aspects of this game, and ping is terrible on the other servers for me)

So amazing, that is what I am perusing, however I am really unlucky that I am always born in different locations and totally lost myself in the middle of nowhere, sometimes even die from starvation on my way home. Lol

Try Eve spawning. If you’re an Eve set a home marker and if you die of old age then when there are no more mothers available you will respawn by the marker.

Don’t you have to close and reopen the game too?

I don’t know. If there’s another mother available then it won’t work though. Or maybe if there are too many Eves about.