Our naming system is different from the original. This is how you do it:

Our naming system informs you when you can name someone by letting the keyboard icon to the lower right corner of the screen jump. Just click on the icon and type the name. That’s basically it. I will show an example below to illustrate the system and highlight the difference between ours and Jason’s original.

First, if you are born as Eve, you can give yourself a family name as well as a first name in this order.

Here I was born as Eve and after I clicked the keyboard icon, touch keyboard showed up and prompted me to enter my family name. 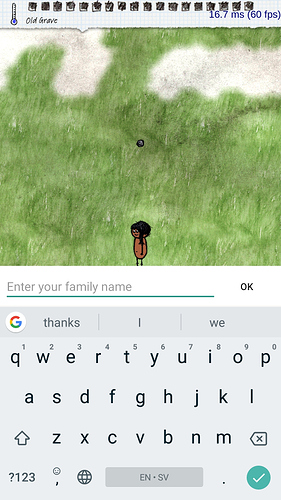 I typed my family name as Smith here 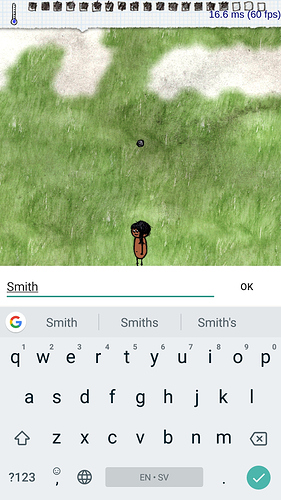 After I hit enter, touch keyboard showed up again and prompted me to give myself a given name 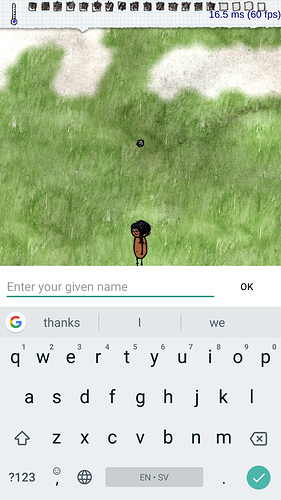 I just typed “Kate” and hit enter to complete naming myself. My character in game then confirmed the name by speaking “I am Kate Smith”. 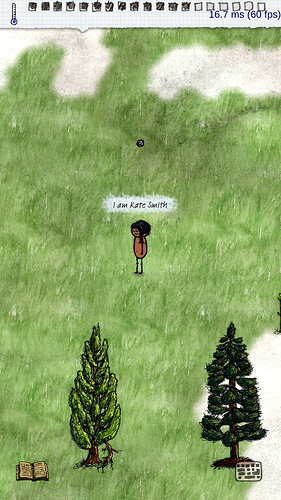 If you pick up your (unnamed) child, you can name him/her. The keyboard icon will also jump to let you know.

I named my daughter “Lily” by just typing the name itself and pressing enter. 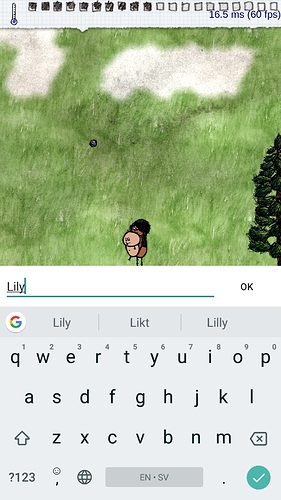 And this was confirmed by my character speaking “You are Lily”. 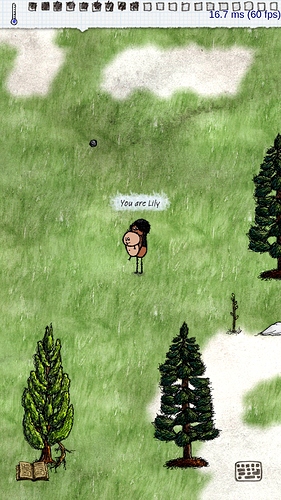 In this fashion every mother may name her children and all origin players (Eves) can name themselves. Every named child automatically inherits their mother’s family name.

I finished this example and looked my family tree. Me and my little girl were displayed with our full names. What a sweet memory! 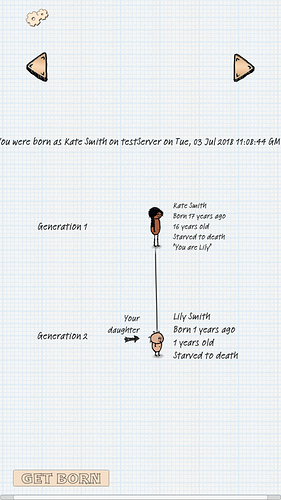 Hope you enjoy the game!

Good to know the naming works different here, thanks.

Perhaps if the name starts with “you are” or “I am” then strip that so those coming from PC version do not have to learn a new way.

The reason to strip those away is we plan to support multiple languages. So each language needs to have its own pattern in that case, which we want to avoid. Actually, in this way you need to type less words and become faster. Nice, isn’t it?

I mean if someone does type “I am” or “you are” in the name to strip that so it doesn’t include it in the name.

OK. I understand now. We’ll consider your suggestion for the next update! Thanks!

Thanks! You might want to include “You’re” and “I’m” as seen in this commit along with the other variations.

Yes. Cultural/language is the main reason. And a bit more flexibility is always better?

I’m in favor of keeping Eve as the first name. A few reasons:

Now I really like where the discussion is heading towards. However it is quite late here so this is probably the last reply I make today.

Anyway, my thinking around these points:

No matter what, if we decide later to enforce the name Eve for some reason, it is always easier to hide a feature than create one.

Hi everyone, new to the forum and by chance got a late invite to join the beta, hope to see you all soon

With version 0.9.9, there is now a unique button just for naming, and the keyboard button is only used for speaking.
Other than that, naming still works according to this guide.

I always name my character eve if i spawn alone, and i try to get maximum generation stretch out of the other players, playing as fast as i can and making stuff readily available for everyone to pick a job. Its hard most times because the babies come immediately after spawning, can we get like a 3-6 min delay somehow? That way we can get it all set up and wed be able to care for baby after baby a lot easier.

I guess that must be on a very populated server. But I think that may be a valid point. We will talk about it. Thanks for the feedback!

I agree, a few minutes delay would be nice.