I spawned in as an eve today on us server 2 while it’s empty. I decided to craft a backpack and dedicate my time to gathering clay. I only had 2 people spawn in as my kids but one quit and the other starved to death. After setting up the adobe kiln I started to turn the 50+ clay peices into bowls and clay plates. I got half way before I died of old age. 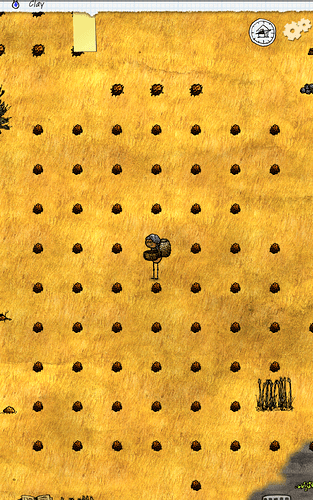 After I passed I was reborn back in the same location as an eve. In this 2nd life I dedicated my time to start making actual bowls and plates. I managed to get a good kid this time and they stayed around for a while before starving to death. I was sick of my kids starving to death so I decided upon making rabbit/carrot pies. I may have gotten a little carried away in this life and tried catching all the rabbits in my area. There was an incredible amount to catch. My life was nearing its end when I had finished moving all my plates and bowls to the baking area. Thusly I passed again of old age. 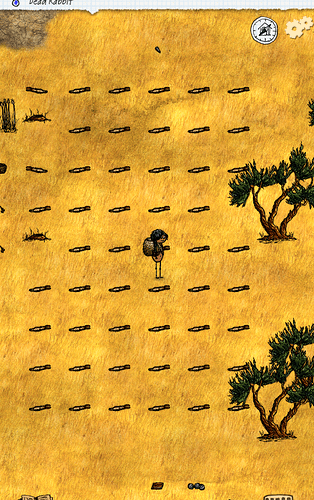 Like rising up back from the grave I was born again, in the same spot I spawned. This life I actually got around to making pies. After foraging 24 carrots and making a few waterskins. Thusly I crafted 24 rabbit/carrot pies in that life. Sadly I wouldn’t actually get anymore kids at this point. I continued on making more plates and bowls for the forge until I died of old age again. 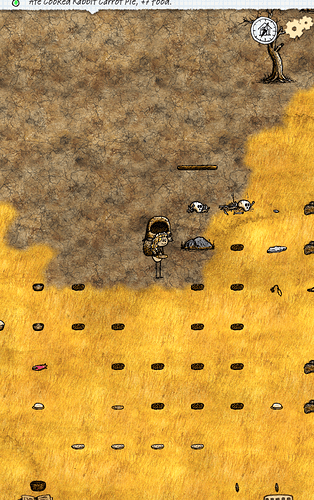 My mummified corpse came a scootin back up again, luckily in the same spot. This life I really focused on setting up the forge as best as I can. Dodging many wolfs and snakes I scrounged up 12 iron and many flat rocks. Setting everything up just rightly so. I was kinda surprised my backpack hasn’t deteriorated yet, still grateful it never did though. I never bothered to actually get clothing because thread was hard to find there. I had to gather alot of branches for kindling and sadly had to keep dancing with wolves to get branches. Before I died of old age I had everything set up to start smithing. 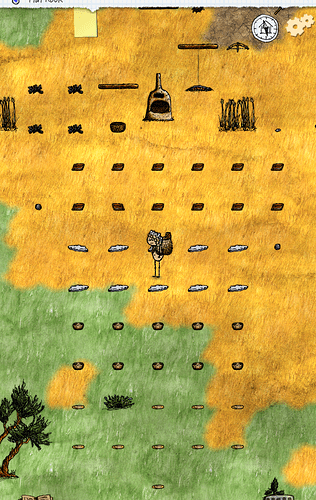 Like a phoenix rising up from the ashes of all my previous bodies I came back, yet again. This life was alot of dancing and tip-toeing around wolves. I was really worried about dying. Luckily though I managed to make a set of tools for the next people who find my base to enjoy. 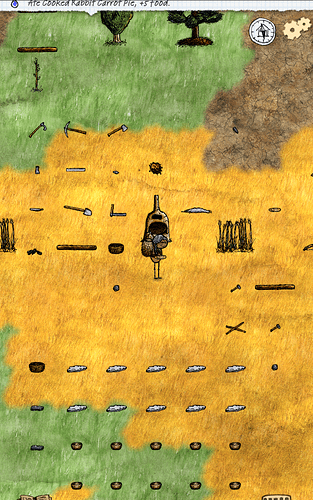 Sadly this is where my story ends. I took a small break to look up what I could do with the metal tools so I can be prepared when I come back. I was thinking of getting an iron mine set up and start a few wells. When I came back to be reborn I was spawned as an eve in the tutorial end. Since I won’t see the base for a while I guess it’s appropriate to give it a name now. “Phoenix” I’ll call it from now on.

Awesome setup. I love the scale you did things on

Regarding wolves/bores - I now kill everything in my immediate area by the end of my second life for the sake of not having to worry. Haven’t done the knife vs snake thing yet though and not sure I’m up for it on a eve settlement