My son killed me because he thought I was solo. 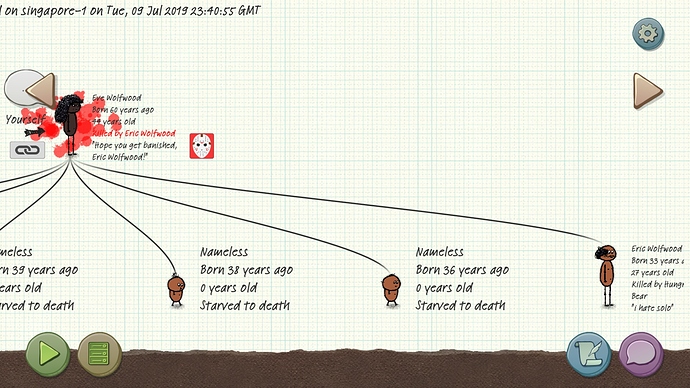 Singapore server has a lot of solo players but I still play there because this server is the only server where my phone didn’t experience lagging. I’m not playing solo because I have private server. I always go with “wolfwood” family name and never play solo. But often times my children are suicidal or I have to abandon one of my children if I haven’t found the perfect spot.

My son probably born as one of my previous kids that I’m abandoned because that time I don’t find perfect spot yet. My son in the only children I have when I finally found the perfect spot. At first he was helping me collecting iron but then he shoot me with arrow.

After I die, I took a peek on him and he was hiding all our stuff including the 8 iron that he collected before. He died by saying his last word “I hate solo”. I’m not solo!! Why would I raise you if I was solo!!!

My son probably born as one of my previous kids that I’m abandoned because that time I don’t find perfect spot yet.

I can understand. Some people like me get sick of constant abandonment. Why do people do it?

Why do people do it?

I don’t know about other. But the only time I need to abandoned kids is when I’m looking for a Good spot to start civilization. It’s easier because I don’t need constantly worried of separate with my kids when they grow up.