So… this was fun.

I wanted to name myself talia hale and make the hale family, but ended up making the talia family and being hale instead HAHAHHA.

i spent 2 lives trying to find a good spot (we were surrounded by the black biome) before finding one i really liked. Just as i completed the beginning of my farm, my first daughter, Laura was born.

Laura helped to make tools and whatnot, and i began my journey… to begin a farm legacy.

Just as i was about to die, Laura (omg pls reveal urself you were the best daughter ever), asked me to come back!!. I was only supposed to play one round only, but I couldn’t resist temptation. I respawned.

After i respawned, i gave birth to THREE daughters !! I’m officially a baby machine, guys. Ok well anyways, some of the daughters didn’t really care what i said about farming and when i asked questiions (i’m a noob still lol) so i just continued my farming legacy.

This went on for about 3 lives.

The third life, was the most interesting. I was born to my daughter, Amy, and went back to work on my farm. Amy and my sister conspired to kill a ‘tree’ child in the family, and murdered her in cold blood. I was filled with mixed feelings.

Shortly after tree died, an eve spawned and called herself Amy Oakbert (or something along those lines…). She gave me all the wrong signals, and almost killed me after accusing me of stealing a blade!

When she gave birth, she told her child that it was going to be the next guardian, and I just felt so disappointed. I went from eve to being a person in doubt even when I farmed for 3 lives

Needless to say, I retired and killed myself bc I wasn’t fond of farming for a small and ungrateful family 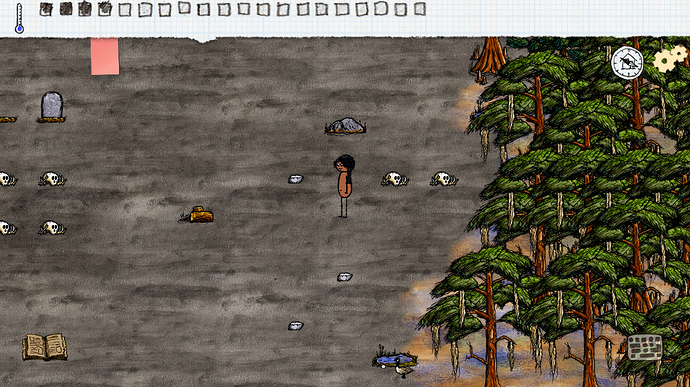 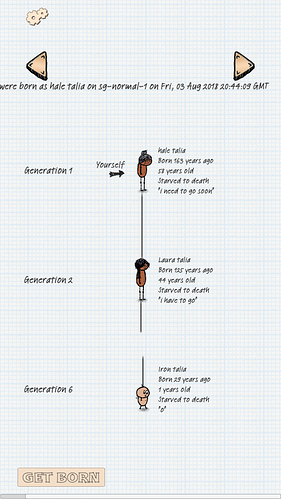 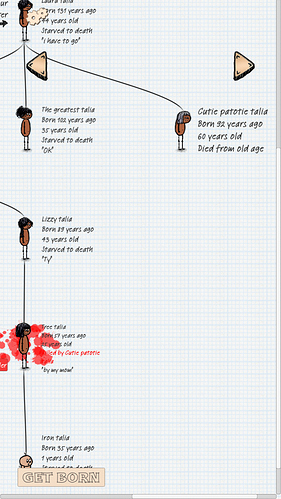 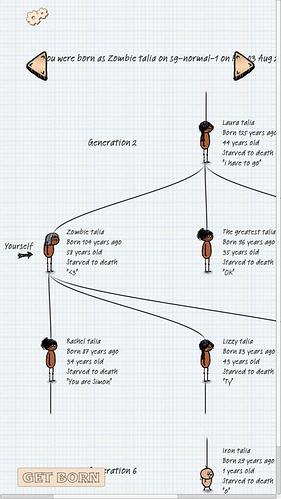 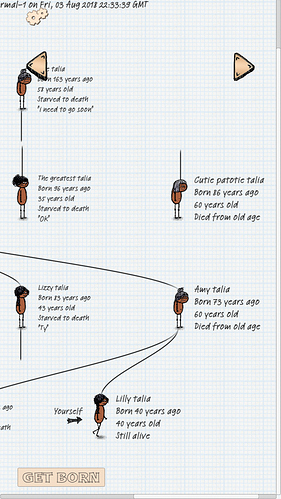 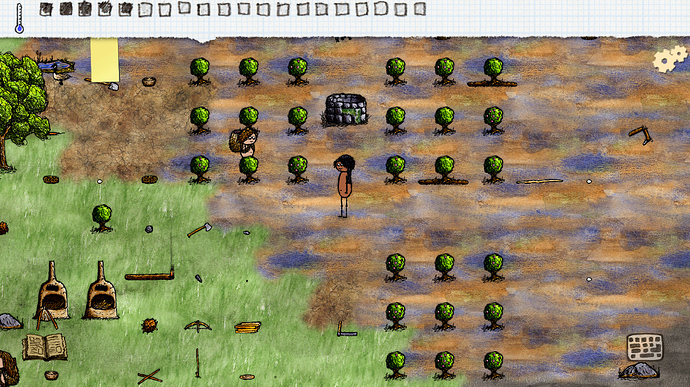 I was the one named Tree. If the person stopped to think about it, that I was a distant relative and would be unable to name myself…no questions asked, just kill tree!

In the end she asked me to the sheep pen to “dual” with me where she once again committed murder.

woah dual! were you the eve that spawned? HAHA. I actually saw them being all suspicious and talking about a ‘code’ so i had a feeling they were going to kill someone.

i didn’t raise them well

btw, is there a Cora in your tree? i had a Cora as a daughte but she doesn’t show up in my family tree at all in my app

The curse is spreading

Was not involved in this family tree, but you know what they say about Trees…

I was also Cora. I was not the Eve…

I also think she killed me again with the Bobs…ugh 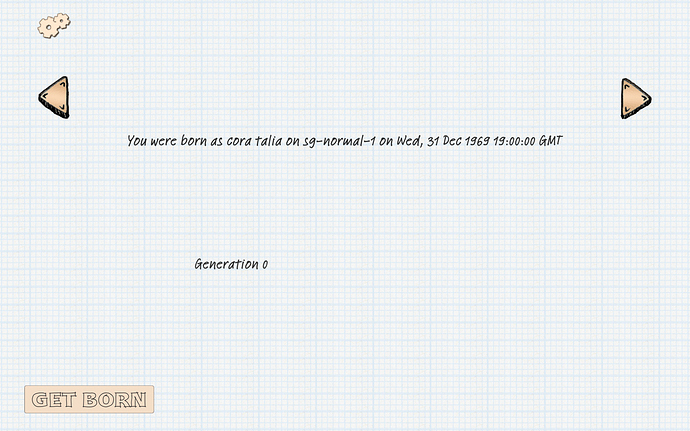 if you refresh on that page does the problem go away?

Jincheng, this has also happened to me before, but instead it says that “The database is too old” or something like that

Did it help if you reloaded that family tree (by switching to a different tree and back)?

Yeah - would make more sense to kill the person naming you!!!

OK, it looks like the life record is missing in the data base. This may happen sometimes but certainly should not be often.

Switching or reloading didn’t do anything.

Hmm it looks like data corruption. Was this from yesterday? I knew there was something going on from yesterday with the hardware that hosting our lineage database server. It could be caused by that.

oh i see… btw not sure if this is important for u guys to figure out the issue, but i died at age 40 by starvation but it kept running with me as alive until i died at age 60 from old age despite me not being alive

Thanks for the extra info, it might turn out to be helpful.

Thanks for the info. That’s because the death logging from the game server to the lineage database failed. And this leads to a data corruption. While in this update I reworked on the lineage database. Now the likelihood of having a corrupted data should be much smaller. Hopefully you don’t see such problems anymore.