If you’ve been reading up on the history of Jeremstone village then you’ll realise that it’s been an eventful if underdeveloped time ever since that first Eve spawn, when old uncle Jeremy taught us all how it should be done. However now I’m afraid that the Twinen Civilisation is lost for good, along with my eve spawn. There were too many fertile women online.
However I did manage to spawn again as an Eve, and named myself Eve Wren. Instead of giving up in despair I managed to tell my friends in the Fellowship to ring the bell tower in our capital city of Kapugen. That they did and within only 10 years or so of travelling me and my surviving kids had made it to the great city of cities. I spent the final years of my life making pies and singing songs with my daughter Mary Wren. Here are some pics. Hopefully they will someday finish what I started and fill up that box full of pies. At least this is a fitting way for the Twinen Civilisation to go out, singing Country Roads Take me Home in the centre of a distant city, the likes of which Jeremy himself would have one day hoped to have seen. Shame such a fate for Twinen was never intended by Kyom. But it was a good run, eh? 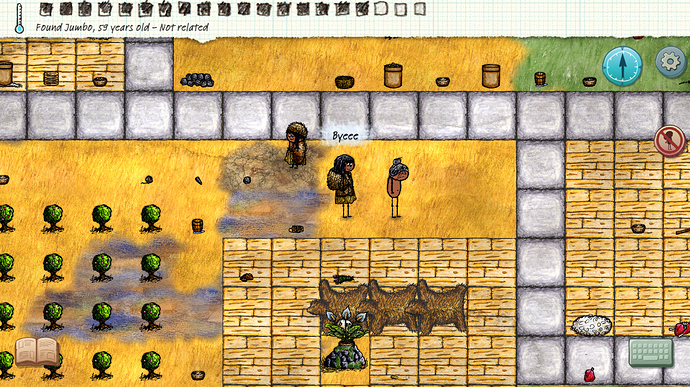 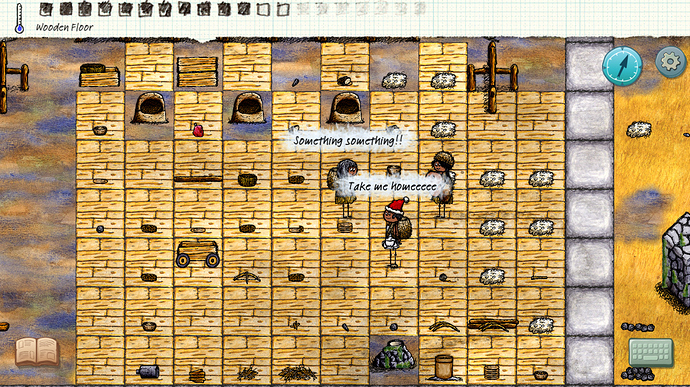 That’s me in the Santa hat!

I was the ginger